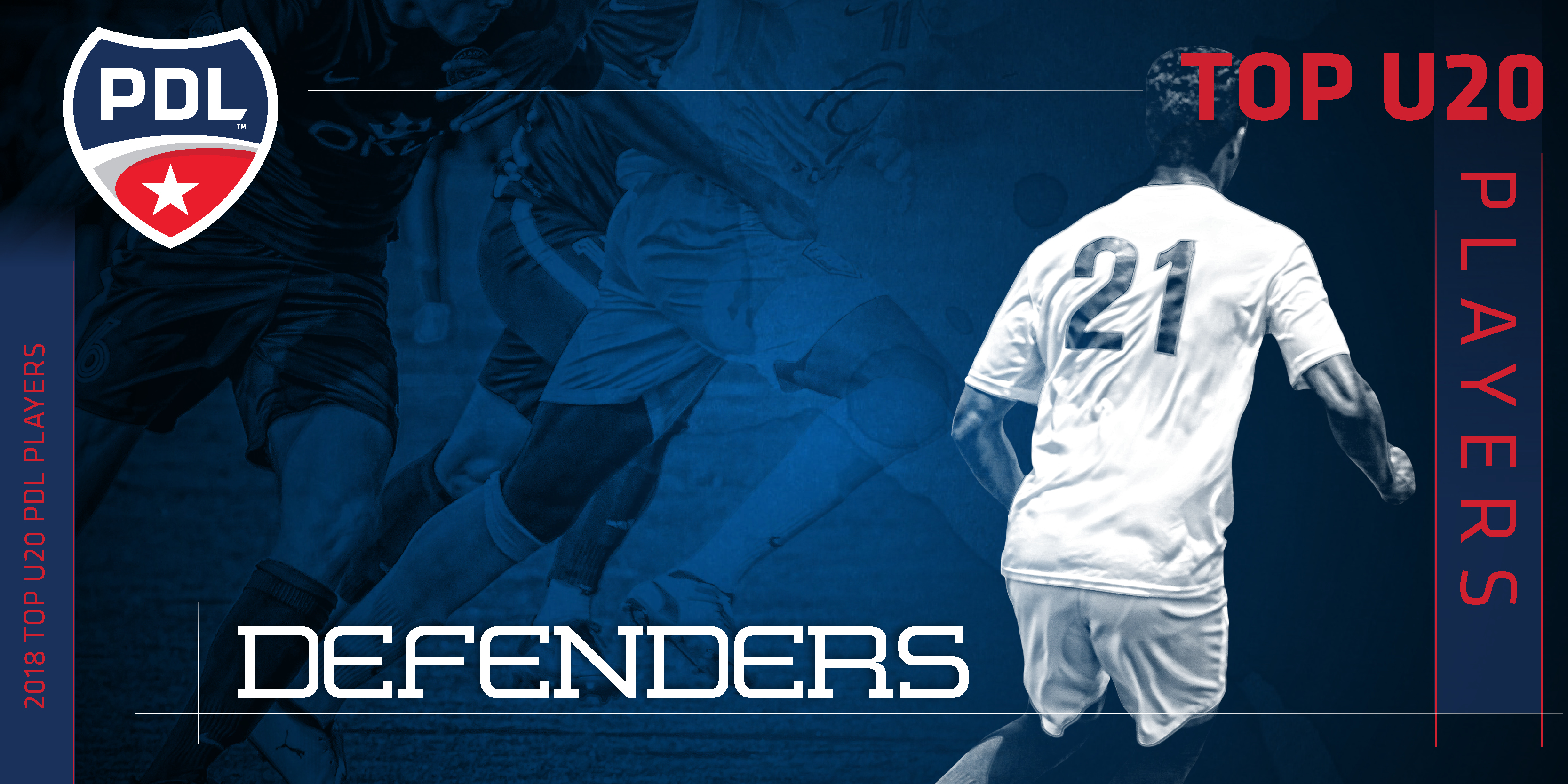 While the Premier Development League Top Prospects list and Top College Prospects highlight those players nearing the jump to the professional level, many young athletes compete in the PDL in the early stages of their careers, seeking to establish themselves as top up-and-coming talents.

The PDL Top Under-20 Players lists will highlight those players at each position who have shown themselves to be among the league’s rising stars. Over four days, the top goalkeepers, defenders, midfielders and forwards under the age of 20 (as of July 15, 2018) will be honored.

There is no shortage of talented, young defenders gaining valuable minutes in the PDL, with several notable youngsters becoming vital cogs for their teams’ deep playoff runs.

Of the 16 defenders named to this list, five helped guide their clubs to the 2018 PDL Playoffs and six played over 1,000 minutes this season. Leading the talented group is the New York Red Bulls U23’s Kevin O’Toole, who logged 1,054 minutes over 12 appearances this season and recorded four clean sheets for the Eastern Conference wildcard team - while also contributing five assists on the campaign.

Also impressing were another pair of playoff defenders, hailing from the top seeds in the Eastern and Western Conferences. While guiding Reading United AC to an undefeated season and the club’s first PDL Championship appearance, Lamine Conte helped the team to six shutouts over 10 appearances (744 minutes). Across the nation on the opposite coast, FC Golden State Force defender Tyler Allen appeared in 12 matches (945 minutes) and recorded seven clean sheets in that span.

Here’s a look at 16 young defenders who impressed in the 2018 PDL season.

Check back tomorrow for the next installment, where we examine the top young midfielders from the 2018 PDL season.