Longwell, a native of Renfrew, Scotland, most recently served as the academy director for fellow MLS side Orlando City SC. He previously spent fifteen years at St. Mirren Football Club in Scotland, where he began as a community coach and worked his way up to Head of Youth Development. Longwell oversaw all aspects of player development and served as manager of the reserve squad.

Under Longwell’s direction, St. Mirren was regarded as one of the top development academies in Scotland, with several academy products graduating to the senior team that won the Scottish League Cup in 2013.

Longwell will oversee all aspects of coaching and operations for the Red Bulls academy teams, from Under-12 academy teams through U-18, as well as the U-23 team that competes in the Premier Development League each summer. He will also serve as a bridge between the first team and the academy to ensure that a consistent style of play is taught at all levels.

The New York Red Bulls academy system ranks among the best in the nation. New York has graduated 19 players to the first team, including nine academy graduates on the current MLS roster, and several more to New York Red Bulls II. Former academy players have gone on to play at top clubs such as Manchester United (Matthew Olosunde), Chelsea FC (Matt Miazga), and Tijuana (Amando Moreno), as well as the U.S. Men’s National Team.

About New York Red Bulls U23 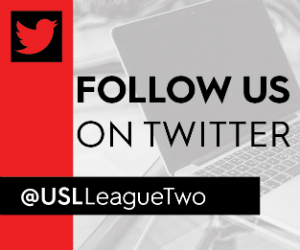