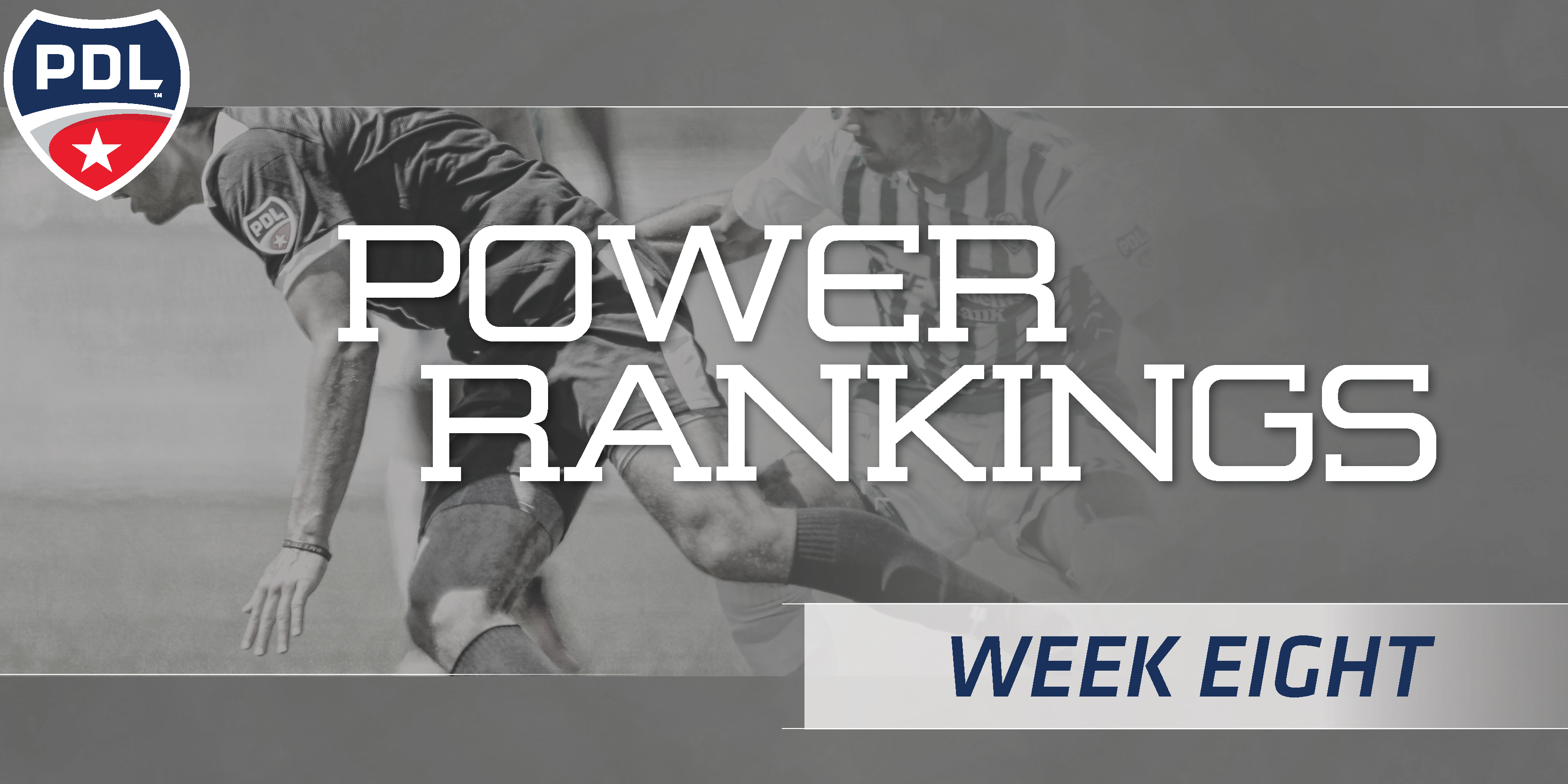 The teams at the top got the job done in Week 8, with Reading United AC, the Des Moines Menace, South Georgia Tormenta FC and the FC Golden State Force retaining their No. 1 slots - the first time that's happened this season.

Here’s a look at the power rankings for Week 8.

Reading United AC held on to the top spot in the Eastern Conference this week, earning the biggest win of the week in a 1-0 shutout over the Long Island Rough Riders. Aside from a crucial three points, the win over one of their primary divisional contenders inches them closer and closer to clinching the title. Similarly, Black Rock FC inched closer to a debut season divisional title in the Northeast with a pair of wins over the Pioneers.

The Des Moines Menace control the top spot in the Central Conference, but dropped their first points of the season to Kaw Valley FC in a home draw. Even so, the Menace clinched a playoff spot, as they're guaranteed a top-two finish in the Heartland Division, and moved within clinching distance of the divisional crown. A win this week, combined with a Chicago FC United loss, would crown the Menace and guarantee a top-two seed.

The Southern Conference remains very tight, with a handful of strong teams battling for the top spot, but Tormenta FC end the week on seven-straight wins to stay on the throne. Their run makes them the hottest team in the league, and favorites for the Deep South Division, but Mississippi Brilla FC still loom on the horizon. The battle this weekend between the SIMA Aguilas and Lakeland Tropics will be one to watch in the Southeast Division.

The Force control the Western Conference with their 10th win of the season, and seventh straight, and move into clinching territory in the Southwest Division. A win, loss or draw, plus certain results from the Ventura County Fusion, could secure it this week. Meanwhile, Calgary Foothills FC could also clinch despite a bye week, with the TSS FC Rovers needing nothing less than two wins to stay alive in the Northwest Division hunt.