Washington-based club to compete in Northwest Division in 2022 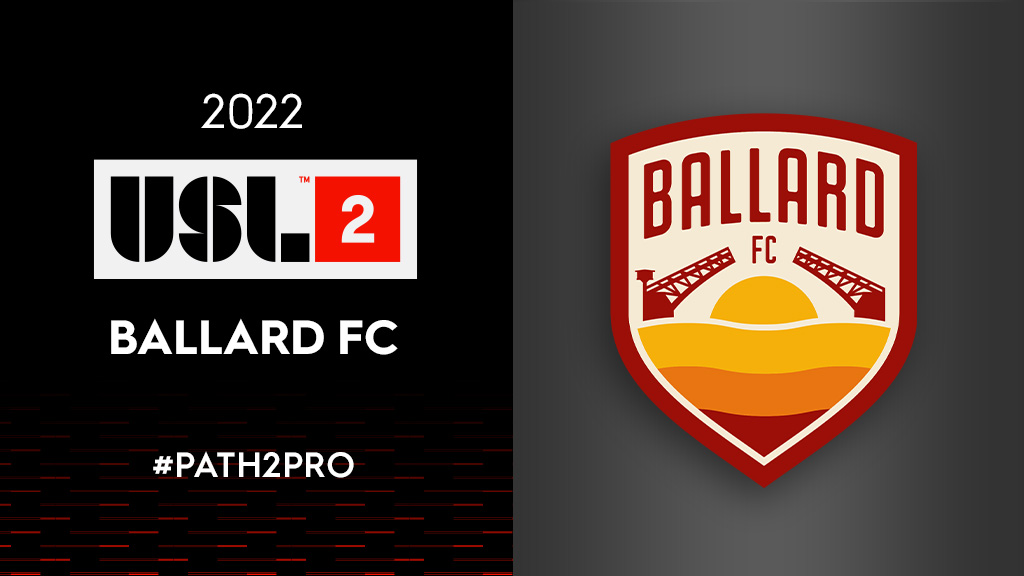 SEATTLE, Wash.- The United Soccer League (USL) today announced Ballard FC as the latest club to join USL League Two. The Washington-based club will compete in the Northwest Division in 2022 and is the first club to join League Two out of Washington.

"We are incredibly excited and grateful to be joining USL League Two,” said Sam Zisette, co-founder of Ballard FC. “When we approached the league about joining as an expansion club, they immediately embraced our vision for a hyper-local club that celebrates the pride of Ballard, a neighborhood with a rich history in Seattle. They have provided such genuine support and by joining such a professionally-run organization, we are able to treat our fans, players, coaches, and sponsors with that same level of professionalism that they all deserve."

Ballard FC was founded in 2021 after many years of hard work, planning and dreaming. As Seattle's first hyper-local soccer club, Ballard FC represents a community within Seattle that has an immense pride of place and a history going back over 100 years when Ballard was once it's own city. With its first kickoff occuring in 2022, Ballard FC will look to the community's past, present, and future to engage, inspire, and capture the energy that makes Ballard such a vibrant and unique place to live, work and play the game of soccer.

The new Path2Pro club prides itself on its mission of creating a bridge between the community and soccer. In the 2022 season, the club will look to foster a game day environment in which all fans and families are welcome. The club hopes to maintain a consistent presence in the community by hosting matchdays that provide a space for kids to have fun, friends to come together, local businesses to grow and players to develop.

In joining League Two, Ballard FC will offer a tried and tested pathway to professional soccer for its players, both those at the elite collegiate level and the top academy-age players in the greater Seattle area. On top of the valuable experience of playing in the nation’s most competitive pre-professional environment, League Two also provides growth opportunities for its coaches, executives and communities.

“Our hope as a league is to make League Two a space in which communities can come together around a love for the game and celebrate the wins together,” said Joel Nash, Vice President of USL Youth & Pre-Professional. “Ballard FC will no doubt foster an environment of unity and pride within its community as the club kicks off its inaugural season in 2022. We are excited to see what this club will accomplish and we are blessed to be a part of the club’s historic start.”