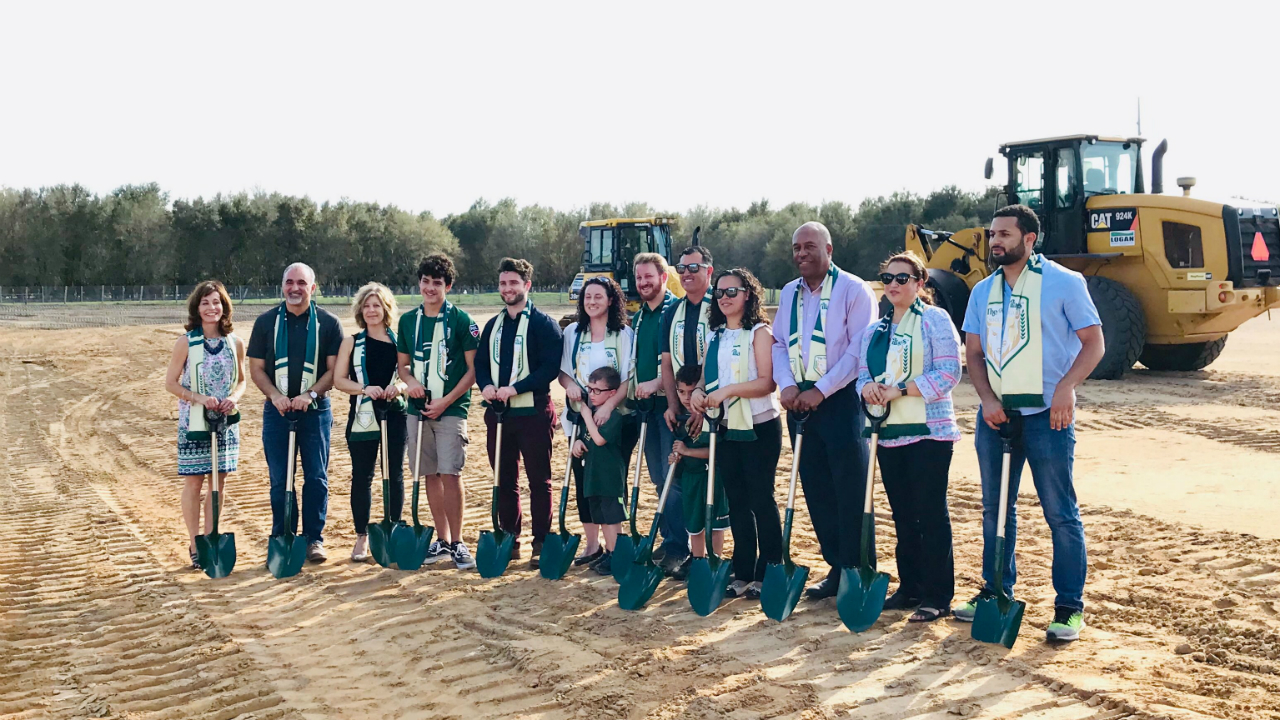 THE VILLAGES, Fla. - The Villages SC broke ground on its brand-new soccer complex on Saturday in preparation for the team's fourth season in USL League Two. The new facilities were announced at a grounding-breaking ceremony Saturday afternoon in front of nearly 100 of the club's supporters.

The state-of-the-art facilities will feature five full-sized fields, including a main stadium with bleachers where The Villages SC will compete during USL League Two play, as well as player housing and a state-of-the-art rejuvenation center all located on the property.

Club co-owner and head coach Anderson DaSilva believes the new facility meets The Village's mission of not only serving as a top-notch club for its League Two side but also by providing a chance for its local youth players to compete in close proximity.

"We are incredibly excited about breaking ground on our new facility," DaSilva said. "The Villages SC has a clear mission, and I believe that we are providing a tremendous asset to our local community that goes beyond our League Two team.

"We are committed to providing great experiences for our supporters. We want to also give youth players the chance to see what it's like to pursue their dreams so that they can chase theirs and see the connection."

The team's efforts in developing a professional atmosphere for all involved go beyond the five fields set to be constructed. The Villages have secured a house on the property, which will be used for player housing during the season. Additionally, the players will have the ability to utilize a gym and rejuvenation center within 100 yards of their living quarters.

Claudio Pavanelli, the team's physiologist, has joined the club from Brazil after spending time with some of the country's biggest teams, including Santos, Palmeiras and Corinthians. Pavanelli has worked with a number of Brazilian greats, including current Paris Saint-Germain star Neymar, Robinho and Ronaldinho.

Meanwhile, The Villages' efforts to establish the club in the community have been spearheaded by its devoted investor and ownership team, led by four doctors, as well as DaSilva. Club co-founder Dr. Mean Hussein, Dr. Victor Melgin, Dr. Ahmad Al-Hazzouri, Dr. Ralph Gousse have each served integral roles in the funding of the team's new facility.

"When Anderson [DaSilva] came to me and the rest of our investors I knew right away we we're doing this," Dr. Hussein said. "This complex is for our community, and we want to continue to do the right things for not just our but everyone that supports us.

"Our success on the field is evident, and with that, we continue to aim for bigger goals and set ourselves up for greater ambitions in the future."