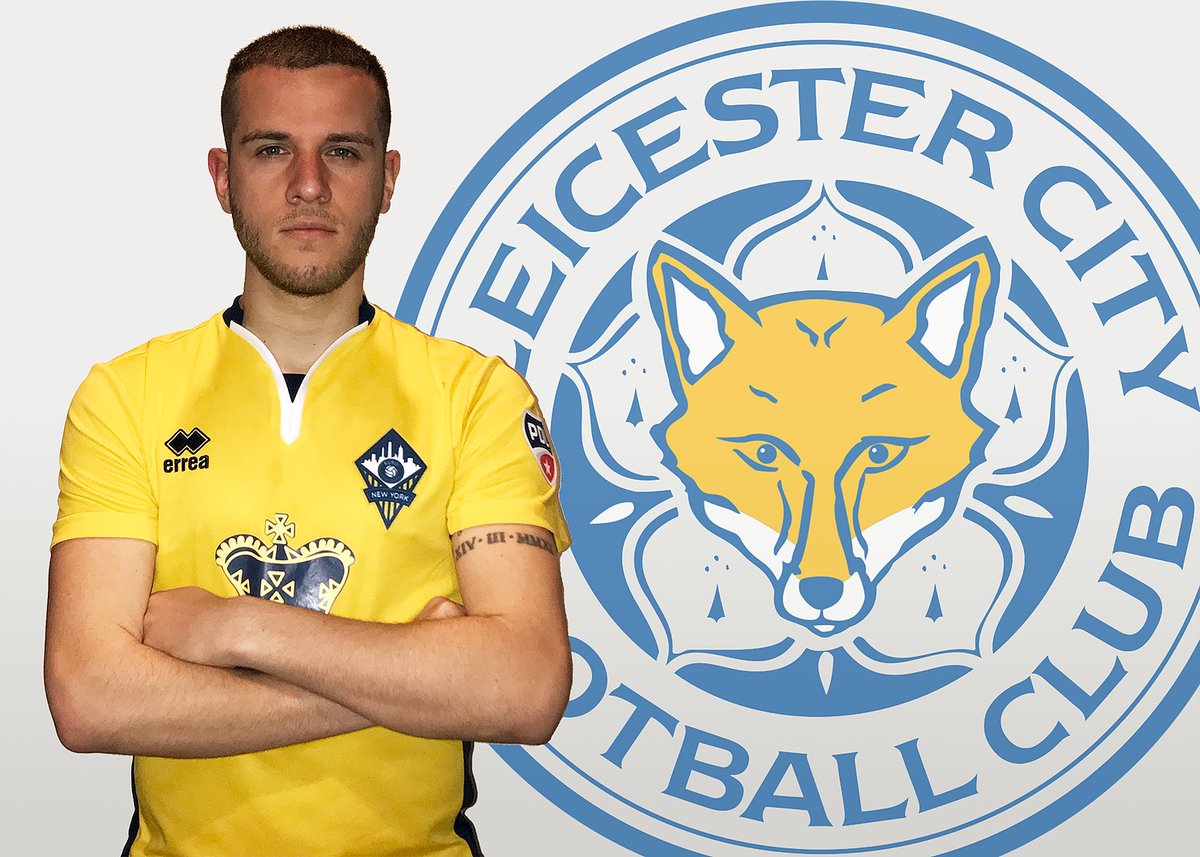 One of the club's most famous for their improbable run to English Premier League glory in 2015 has signed a player that fits all the characteristics that have made Leicester City among the most intriguing clubs in the world.

Lorenzo, 24, developed as a young player in Serie A club Juventus' academy before playing in Serie D (fourth division in Italy) following his time at FA Euro.

The striker had considered retirement at a young age when he contemplated the reality of signing a professional contract in Europe being a challenge, but that was when he was he met late Leicester City Chairman Vichai Srivaddhanaprabha in a restaurant in Nice, France.

From there, Srivaddhanaprabha was impressed with Lorenzo's determination, which was enough for the young player to earn a trial, and eventually a contract, with the Foxes.

“I told about my difficulties," Lorenzo said in an interview with GianLucaDimarzio.com. "A year ago I did not know English, I learned it in New York where I did not make it to the professional ranks, but without that experience, I could never tell my story to the owner of Leicester. Now I speak four languages. Vichai asked me: "Would you like to play in Thailand? Or in Belgium?" I replied: "Look, I would go anywhere, but now I have to get in shape, I have to train."

Lorenzo feels that his willingness to push past the obstacles in his life in the pursuit of a professional career has been the biggest key to his success.

"I think the principle of determination is the most important quality one can possess," Lorenzo said. "I hope to be a good example of that. To sign a professional contract, at my age, is no easy feat. I've always believed in my talent but was aware of my weaknesses and mistakes that I would make both on and off the field. I worked on minimizing those errors through repetition and was strong-willed at improving.

"If I was able to get a contract with Leicester, I think it was a mix of luck, but more importantly perseverance that helped me achieve this dream. I think this is what Vichai noticed in me when he gave me this unforgettable opportunity."