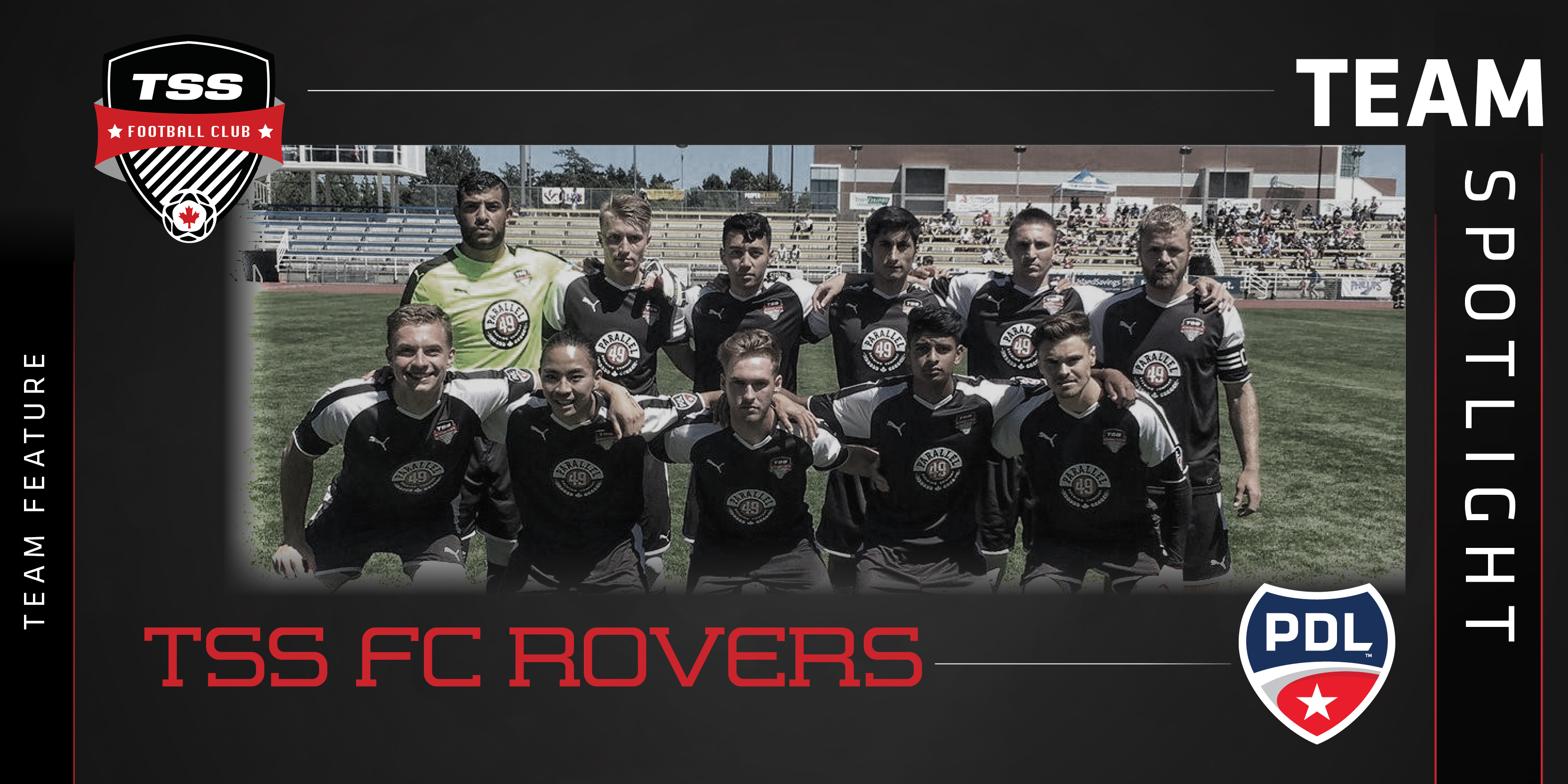 Since arriving in the Premier Development League (soon to be USL League Two) in 2017, TSS FC Rovers has firmly established itself in a competitive Northwest Division.

Entering its third season in the league, TSS FC Rovers aims to build off of its improvement in 2018, which saw the club upset eventual champions Calgary Foothills FC during the regular season.

Rovers boast one of the top playing atmospheres in PDL, as well, due to the heavy support from the club's fan section -- The Swanguardians -- who are named after their passion of defending their Swangard Stadium home.

TSS FC Rovers general manager William Cromack spoke with USLPDL.com about his club's passionate fan base, their role in the community and their plans for the 2019 season and beyond.

PDL: Not every team across North America has such fanatical support. What is it like having the Swanguardians behind the net having your back?

William Cromack: The Swanguardians are hugely important to the club and what it stands for. The players love the support and many of the club’s season ticket holders come to see the Swanguardians as much as the games themselves. It is a massive testament to both parties knowing and believing in each other as well as being partners in creating a space for young players to develop. We know the Swanguardians are an important part of developing the game locally and to showing what a club should look like on and off the field.

PDL: How much of a role does the community support play in the heartbeat of TSS?

WC: It’s simple. No community involvement, no club. No club means there isn’t the opportunity for a lot of these young players. The Rovers are an example of what can happen when people take ownership of a problem, namely providing a place for developing players to play against quality opposition, and others can then participate as part of the solution. Together with the community, we are all better.

PDL: The Northwest Division is arguably the toughest division in the entire PDL with two MLS affiliated teams, a large number of PDL Top Prospects and the reigning league champions. How do you navigate this competition and set yourself up for success?

WC: We signed up for this very reason. Top competition, a place to learn on the job, and exciting matches to watch and be a part of. We didn’t sign up to make up the numbers but we are here for a reason. That reason is to provide young players a chance to learn in a really competitive and dynamic environment. There is simply nothing else like it for our players. To b the best you must play as many of the best as you can. Real learning and really important for our club.

PDL: This year, TSS was the only team that ended up beating the PDL National Champions, Calgary Foothills U23. What was that game like and how did you all prepare for that match up?

WC: Firstly, a tip of the cap to Foothills. As opposition goes it doesn’t come much more difficult. We know the club quite well and since our very first match, which turned out to be a 4-3 barn burner in Calgary, there has always been a very competitive edge to the matches. Thus far, they have been the better group over the season but on any given day we can push them. That particular game I think we played up to our potential for most of the match and they were somewhat wasteful as well as perhaps we caught them thinking they could take their foot off the gas. Maybe we reminded some of them that every match matters. When you play Calgary you better be ready to win on every inch of grass there is, so preparation is as much mental as it is tactical. Everybody has a plan until they get punched in the face and Foothills could pack quite a wallop.

Our squad is young, a might inconsistent like their coaches, and at times quite naive. I think we battled in each match against them quite well but in the end they were deserving champions of both the division and the league. We look forward to keeping it going and building to tackle the challenge again. Respect where it is due of course but looking forward we are excited.

PDL: What is the plan for TSS in 2019 and beyond on and off the field?

WC: The plan continues to be two fold in principle. Be a place to challenge very young up and coming players with quality opposition in a top league while also supporting the growth and demonstration of what it means to be a connected community club. Where we live in Vancouver, the idea that a club can make a huge impact in its community is not completely understood and we think by helping develop players from where we live there will be more connection and support as we continue.