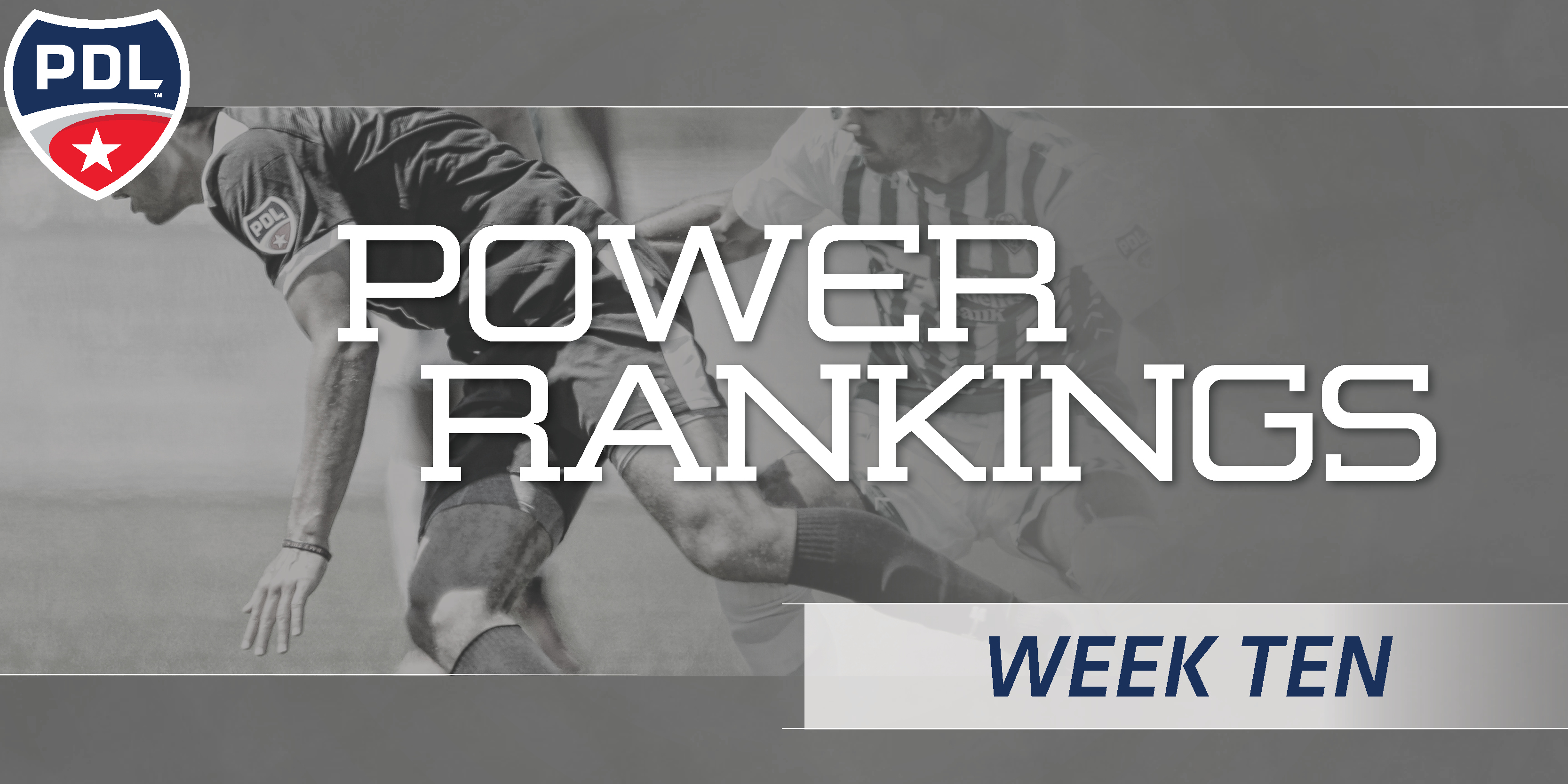 With the Eastern Conference wrapping up nicely - as Reading United AC and Black Rock FC clinched their respective divisions this past week - just two playoff spots remain available. The South Atlantic Division comes down to the Myrtle Beach Mutiny and North Carolina FC U23, with the Mutiny as numerical favorites. Meanwhile, just the New York Red Bulls U23 and Long Island Rough Riders remain in wildcard contention, with the two meeting later this week.

The Heartland Division is all settled, with the Des Moines Menace winning the crown and Chicago FC United secured in the second playoff spot. The Great Lakes Division is another story entirely. All three of the Dayton Dutch Lions, Lansing United and the Cincinnati Dutch Lions are alive for the divisional crown, with all three playing each other at one point or another this week. Every team, outside of the Derby City Rovers, are alive for that second playoff spot.

The Southern Conference has seen South Georgia Tormenta FC wrap up the Deep South Division, with the other two divisions still up for grabs. The Southeast Division is a three-horse race between the Lakeland Tropics, SIMA Aguilas and The Villages SC, while the Mid South Division is down to Brazos Valley Cavalry F.C., the OKC Energy U23 and Texas United. The wildcard is wide open with contenders from all three divisions.

The Western Conference is largely wrapped up. Calgary Foothills FC clinched the Northwest Division, the FC Golden State Force captured the Southwest Division, and the Colorado Rapids U23 are on the precipice of the Mountain Division title, with FC Tucson barely holding on. Tucson does, however, hold pole position on the wildcard spot with games in hand, with teams from all three divisions still contending.