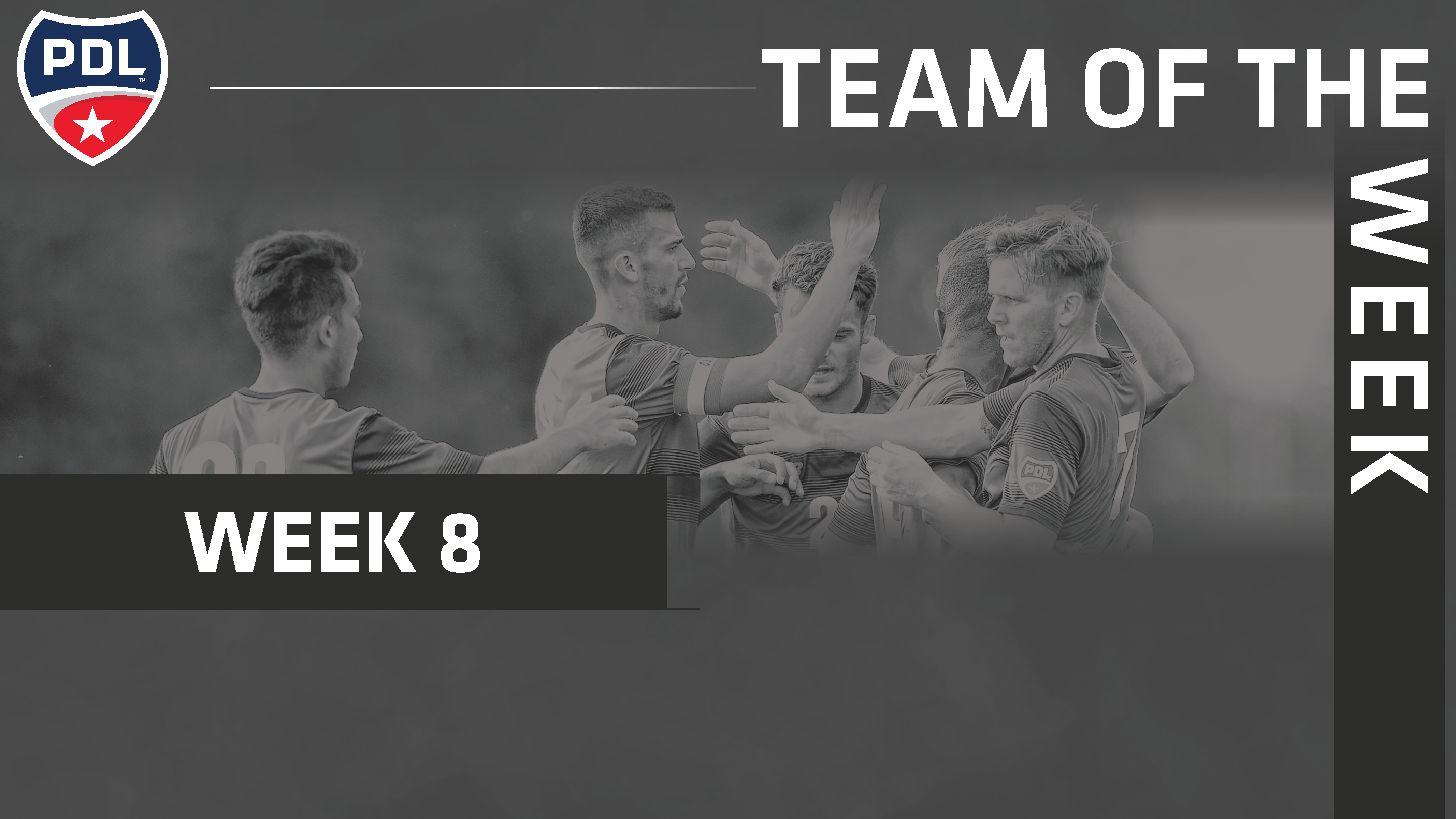 Contributing to all five of his team’s goals in Calgary Foothills FC’s 5-1 win over the TSS FC Rovers, forward Moses Danto has been named PDL Player of the Week in Week 8.

Danto’s massive performance featured four goals of his own and an assist, giving the talented striker nine goals through nine matches. Foothills FC’s win over the Rovers helped extend their massive lead in the Northwest Division, with clinch scenarios in play this week despite the team’s bye week.

Here’s a full look at the PDL National Team of the Week in Week 8. 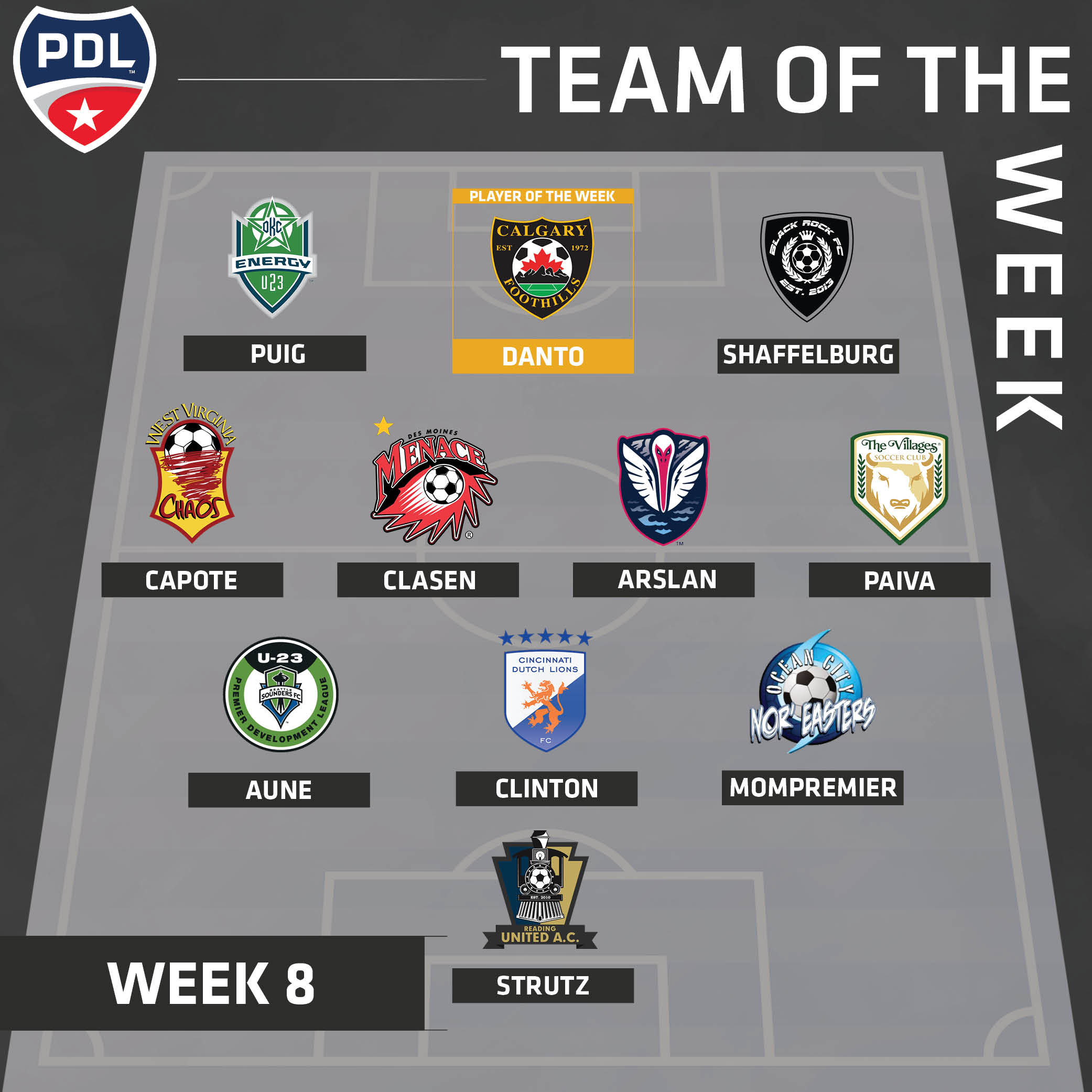 GK - Bennet Strutz, Reading United AC: While keeping Reading undefeated entering the final weeks of the season, Strutz earned two shutouts last week in net, inching the club closer to a division title.
D - Fredlin Mompremier, Ocean City Nor’easters: In the Nor’easters shutout win over the weekend against Evergreen FC, Mompremier went a full 90 minutes in defense and scored a goal.
D - Kyle Clinton, Cincinnati Dutch Lions: The Cincinnati Dutch Lions pulled off a big upset over their counterparts from Dayton last week, with Clinton playing a full 90 in defense.
D - Nathan Aune, Sounders FC U23: In a Cascadia showdown with the Timbers U23, Aune played 90 minutes for the Sounders FC U23 defense to earn a shutout road win.
M - Leonardo Paiva, The Villages SC: In a pair of wins over the SIMA Aguilas and Next Academy Palm Beach, Paiva notched two goals and an assist to strengthen The Villages SC’s position in the Southeast Division.
M - Jad Arslan, South Georgia Tormenta FC: Arslan picked up a pair of assists in midfield for Tormenta FC during a 4-1 thrashing of the Birmingham Hammers to remain the league’s hottest team.
M - Nico Clasen, Des Moines Menace: In a 5-0 win over Chicago FC United and 1-1 draw with Kaw Valley FC, Clasen was a force in midfield, picking up a goal and three assists.
M - Eduardo Capote, West Virginia Chaos: In a win and draw for the Chaos, Capote contributed to half of his team’s six goals with one of his own and a pair of assists.
F - Jacob Shaffelburg, Black Rock FC: The high-schooler shined in his first few matches for Black Rock FC, notching three goals and one assist in a pair of wins for the division leaders.
F - Moses Danto, Calgary Foothills FC: It was a massive week for Danto. His four goals and one assists almost single-handedly earned Foothills FC a 5-1 win against the Rovers.
F - Matt Puig, OKC Energy U23: Puig enjoyed a big week for the Energy U23, scoring three goals and picking up one assist in a split week that included a 6-0 win over Houston FC.