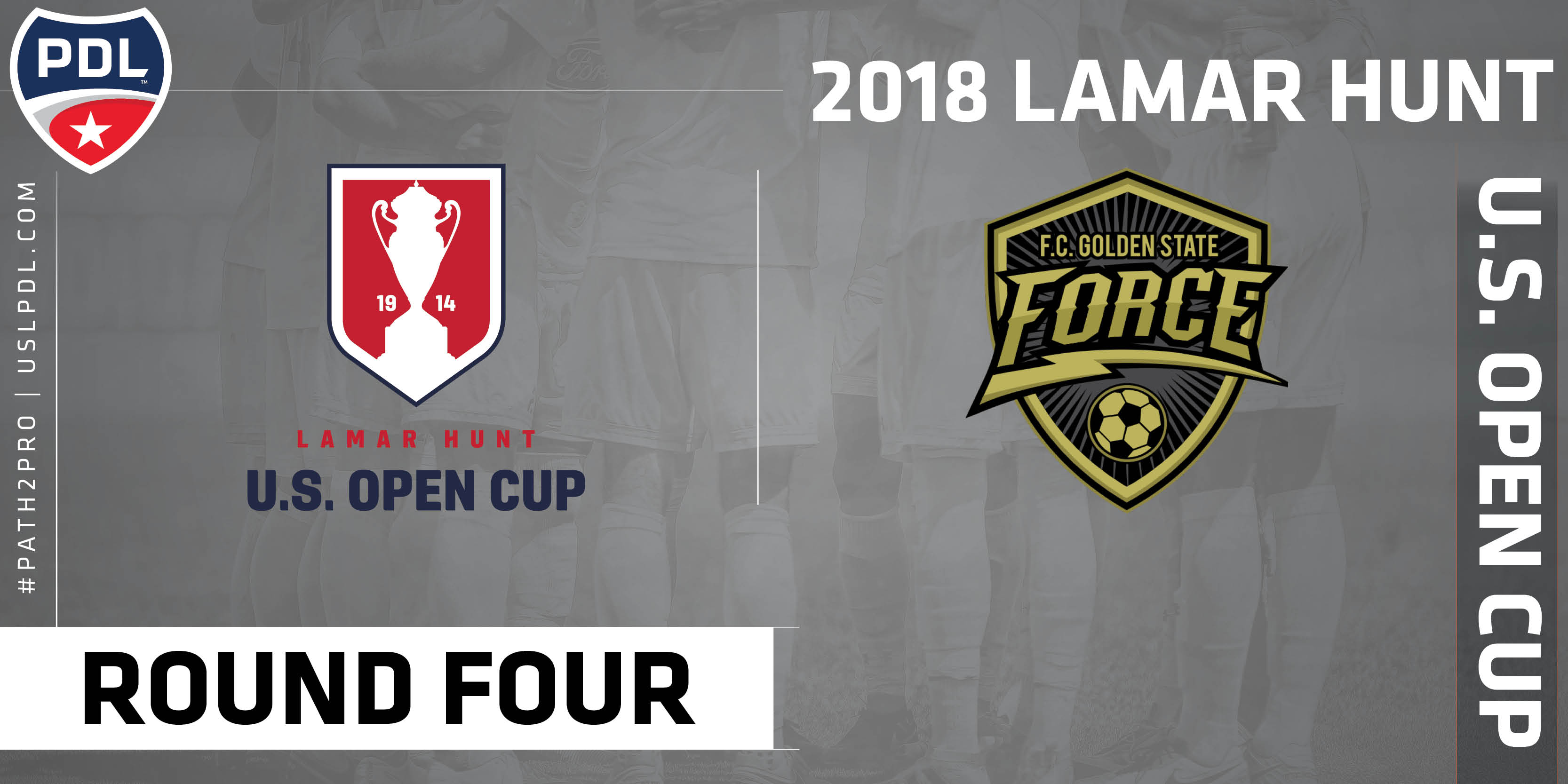 Falling in the Fourth Round, the Force were named the best amateur Open Division finisher at the 2018 Open Cup, winning the associated $25,000 prize. Of the three amateur sides to advance to the Fourth Round, the Force were the only club to score against their MLS foes, and were also the only amateur club in the tournament to beat two professional opponents in previous rounds.

“We’re incredibly proud of the heart and tenacity shown by the FC Golden State Force last night,” said PDL Co-Director Chris Madden. “The Force are an incredibly strong club, and while their run in the Open Cup came as no surprise to us here at the league office, we’re thrilled that they were able to make the whole nation take notice of their drive and passion. We congratulate them on their amazing run and finish, and look forward to seeing them continue their success in the PDL this season.”

After taking down local qualifier L.A. Wolves FC in the First Round, the Force faced two USL opponents in the Second and Third Rounds, defeating both Orange County SC and Las Vegas Lights FC to advance to face the Galaxy in Round Four. In total, PDL clubs defeated four professional opponents, extending the league’s streak of defeating at least two every year since 2012. In addition to the Force’s two victories, the Ocean City Nor’easters defeated the Charlotte Independence while Mississippi Brilla FC took down the Indy Eleven.

The goal-scorer for FC Golden State Force was none other than Pedro Fonseca, who currently sits joint-third with four goals in PDL play this season. His clinical finish at the end of a clever bit of link-up play helped cut the deficit to 2-1 at the time, giving the Force a shot entering the later stages of the match. Fonseca is currently the No. 38 player on the PDL’s 2018 Top Prospects List.

The PDL’s four victories over professional teams were also the most of any amateur league by a significant margin - with others only securing one win each - again marking the league’s status as the top pre-professional men’s league in North America.

The Force resume PDL play on Saturday, June 9 on the road against the Southern California Seahorses. The club is currently 6-1-0 through seven matches and leads the Southwest Division after finishing as Western Conference champions in 2017.