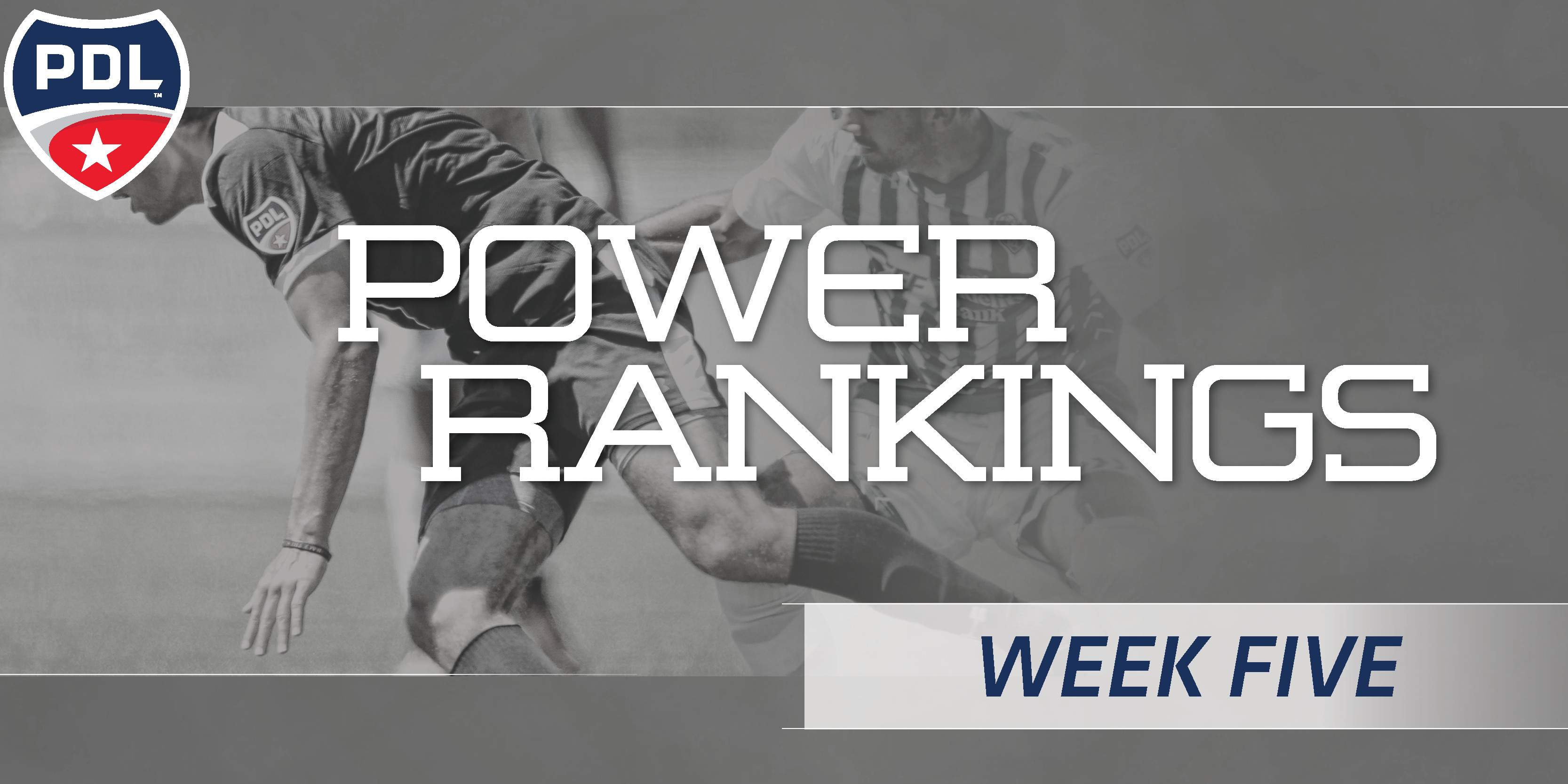 Both the Central and Southern Conferences see new teams rise to the top - one returning to that spot and one rising for the first time this year - with the Central Conference seeing massive shakeups in general this week.

Here’s a look at the power rankings for Week 5.

After their biggest test yet in 2018, Reading United AC remains perfect and atop the Eastern Conference rankings, having firmly dispatched the New York Red Bulls U23. A newcomer rises high into second place, as expansion club Black Rock FC jumps all the way up after a two-win week against the Seacoast United Phantoms and GPS Portland Phoenix, still unbeaten on the year. The Myrtle Beach Mutiny re-enter the top five at number three having taken down Tobacco Road FC this week. The Long Island Rough Riders suffered their first defeat of 2018 and fall two spots to fourth, while the Red Bulls U23 split a win and a draw to hold on to fifth place.

The Central Conference is heating up after a cold winter, and the Dayton Dutch Lions are riding a surge of four straight wins to improve to 4-0-1 after two on the road this week. The Des Moines Menace captured their second-straight two-win week with both coming on the road, rising from third to second, hot on the Dutch Lions’ tail. Lansing United are still unbeaten, but fall from their perch down to third after two draws this week left them at 3-0-3. Chicago FC United and the Thunder Bay Chill both remain perfect with three and two wins respectively, and sit fourth and fifth as a result.

The Lakeland Tropics re-take the top spot in the Southern Conference this week after falling to third last week, with two wins boosting them up the table. Texas United was forced to settle for a draw away at Houston FC and drop slightly to second place. SIMA Aguilas didn’t get a chance on the week, as their match against Next Academy Palm Beach was rained-out, leaving them at 3-0-1 and dropping from second to third. The Villages SC rise one spot to fourth, winning their third straight match to open the season, while Peachtree City MOBA won twice on the road at Memphis City FC to rise to the top of the Deep South Division and claim fifth place.

Ahead of their midweek Open Cup match against the LA Galaxy on Wednesday, the FC Golden State Force remain atop the Western Conference with a league-best six wins and three straight. Following near behind are a pair of 4-1-1 Northwest Division foes, as TSS FC Rovers edge out Calgary Foothills FC by virtue of their win over the latter this past weekend. The Ventura County Fusion remain firmly in fourth, still unbeaten after their win over Orange County SC U23, while the Colorado Rapids U23 picked up a win and a draw over Albuquerque Sol FC to sit in fifth.