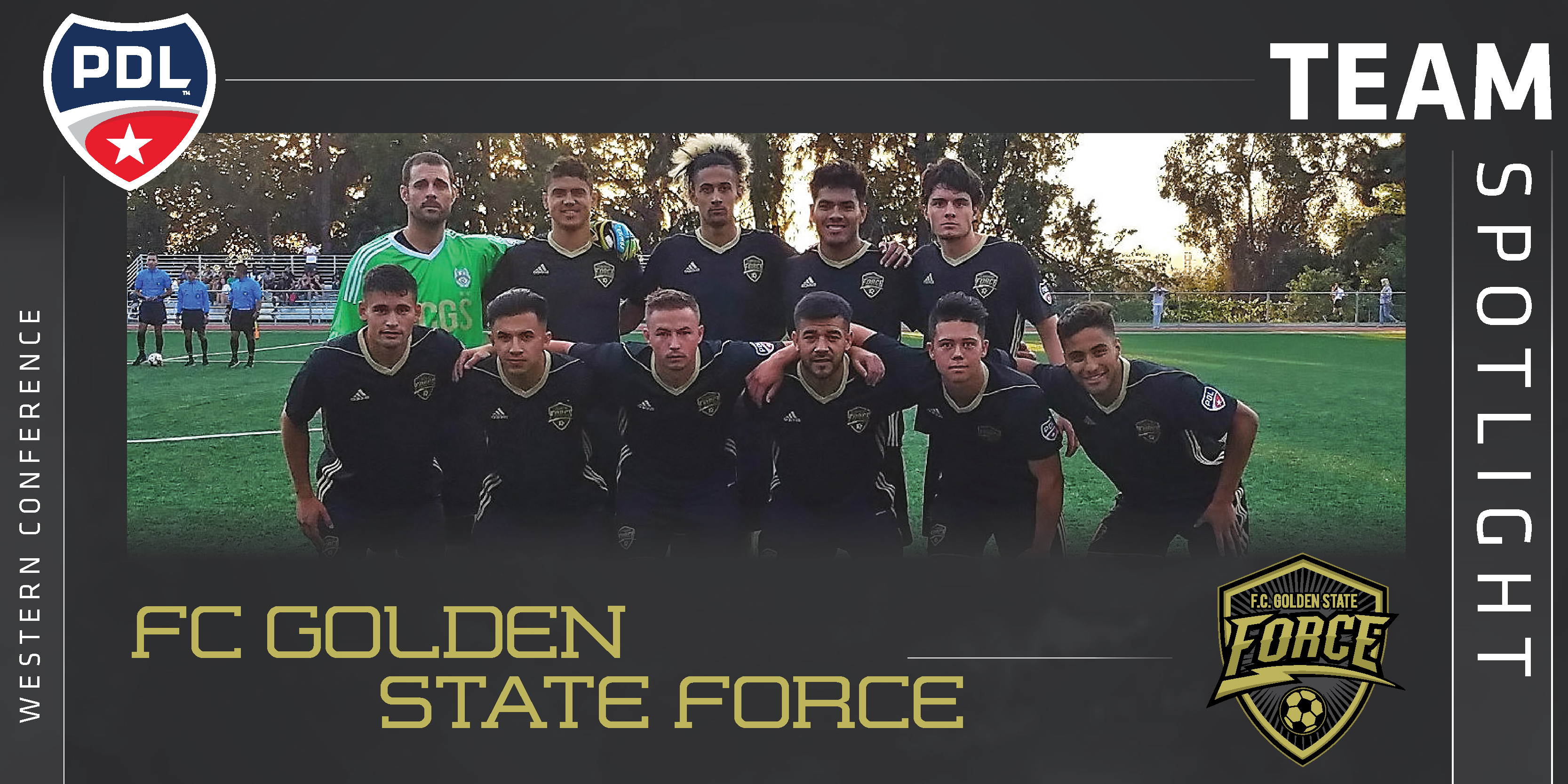 Each year, it seems that at least one Premier Development League club makes a run beyond the professional opposition in Rounds Two and Three of the Lamar Hunt U.S. Open Cup.

While this year is the FC Golden State Force’s first time representing the PDL at this stage of the tournament, deep runs are nothing new to the former local qualifier. As the club prepares for a Fourth Round clash against Major League Soccer’s LA Galaxy after defeating the USL’s Orange County SC and Las Vegas Lights FC, it reflects on its experiences so far and in years past.

“Just like our participation in the PDL, we highly prioritize the opportunity to compete in the most prestigious tournament in the nation, the U.S. Open Cup,” said FC Golden State Force Director of Football Alex Lujan. “There may be new faces and names, but the leadership of this club is making its third Fourth Round appearance in the past four tournaments. We believe this group is special and look forward to the challenges ahead.”

The PDL frequently has success against professional opposition in the Open Cup, with member clubs defeating at least two professional teams every season since 2012. This season has seen four upset victories, as the Ocean City Nor’easters defeated the Charlotte Independence while Mississippi Brilla FC took down the Indy Eleven. The Force, however, lead all amateur clubs as the only team to defeat two professional opponents in 2018 and now stand as one of the final three amateur teams still competing.

The experience present on the roster, combined with very convincing wins over Orange County SC and Lights FC, position the Force as the club most likely to pull off a third upset, this time potentially over an MLS foe in the LA Galaxy.

“Playing against seasoned professionals, who are mid-season and in-form is an absolute gift,” Lujan said. “It allows our players to get a true sense of their level and future.  Although we played USL teams in both the Second and Third Rounds, they were very different experiences but equally valuable.”

“This [match against the Galaxy] is the club’s biggest match to date and is a platform for our young players to showcase their talent in a top-tier professional match.”

The club’s success comes as no surprise to anyone paying attention to the PDL’s Southwest Division this season, where the Force lead all teams after a blazingly hot start to the season. After winning their first three matches by a combined 12-0 score, the club sits at 4-1-0 with their only loss a one-goal deficit to Orange County SC U23 on the road.

“While the FC Golden State Force’s deep Open Cup run is no surprise to those of us at the league office, we are nonetheless extremely proud of their performance at the highest levels of competition in our nation,” said PDL Co-Director Chris Madden. “The opportunity to compete against professional clubs, all the way up to MLS, is what makes the Open Cup so magical. To see our players have the opportunity and platform to display how incredibly talented they are is what the PDL strives to achieve each year. We wish them the best of luck against the Galaxy and hope to see their amazing run continue.”

Prior to the resumption of the club’s Open Cup campaign, the Force will play two PDL matches this weekend on Friday, June 1 against Fresno FC U23 and on Sunday, June 3 against Santa Cruz Breakers FC. The team then faces the LA Galaxy on Wednesday, June 6 at 7:30 p.m. PT (10:30 p.m. ET) at StubHub Center Track and Field Stadium in Carson, California.