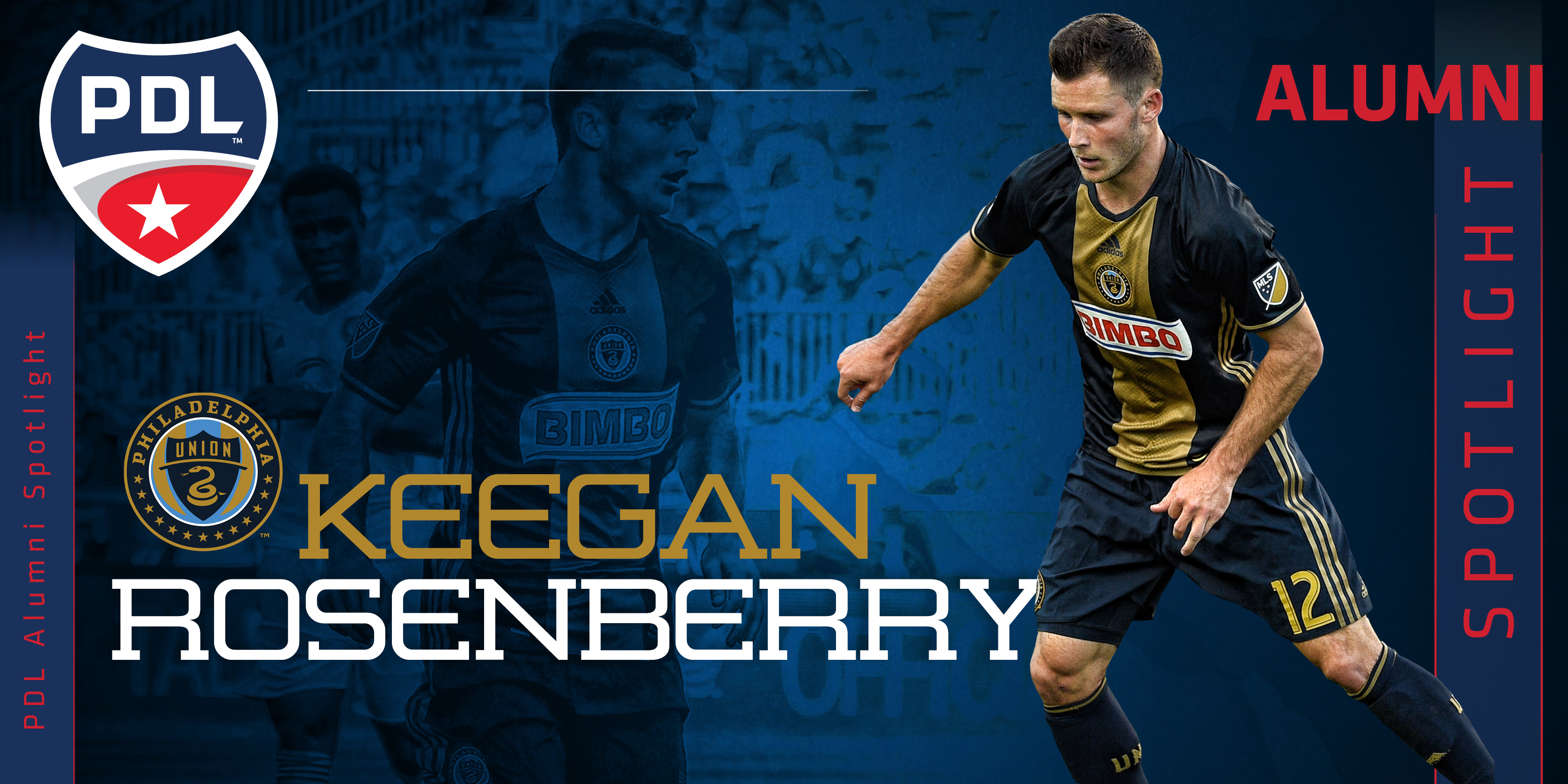 With a new crop of rookies fresh into preseason camps across the league after the 2018 MLS SuperDraft, the next generation of talent is preparing to make its impact on the league.

While the new talent gears up, recent Reading United AC alum and current Philadelphia Union defender Keegan Rosenberry joined USLPDL.com to talk about his own SuperDraft process and offer words of advice to the new class. Drafted No. 3 overall in the 2016 MLS SuperDraft by the Union, Rosenberry quickly became an integral part of the team’s defense and one of the most promising young right backs in the league.

After a four year career with the Georgetown Hoyas in the Big East, the Union were thrilled when Rosenberry fell into their lap in the 2016 SuperDraft. Rosenberry would ultimately finish second in Rookie of the Year voting that season, starting all 34 matches and playing every minute of the Union’s 2016 season while scoring two goals and recording two assists.

During his collegiate career, Rosenberry also featured for the Union’s PDL affiliate, Reading United AC. Over two seasons prior to his junior and senior college years, Rosenberry featured in 14 matches for Reading. His move up the ranks directly from a PDL affiliate to its MLS partner displays the power of the connection between the two franchises.

More than 70 percent of all MLS SuperDraft selections since 2010 have PDL experience, including a total of 66 alums chosen in 2018. Among the many players to have played in the PDL before making their professional debuts include Newcastle United FC defender DeAndre Yedlin, 2017 MLS Goalkeeper of the Year Tim Melia, 2017 MLS Defender of the Year Ike Opara and U.S. Men’s National Team members such as Darlington Nagbe, Brad Guzan, Geoff Cameron and Tim Ream.

PDL: What is your fondest memory from the 2016 MLS SuperDraft?

Keegan Rosenberry: My fondest memory from the draft was simply hearing my name called. Also, seeing my family afterwards and celebrating with them.

PDL: You were selected very early in the first round of the 2015 MLS SuperDraft, 3th overall by the Union. How did it feel to hear your name called and to walk up on stage?

KR: When my name was called, I felt a rush of adrenaline, and was just so happy to have my dream come true at that moment.

PDL: Was there anything surprising about the experience that caught you by surprise?

KR:The most surprising part of the entire experience was being drafted by my hometown club, being from Pennsylvania and having played for Reading United AC during college.

PDL: In addition to your career at Georgetown, you spend two seasons with Union affiliate Reading United AC in the PDL. How would you say the PDL in particular helped prepare you to play professionally?

KR: Playing with Reading in the PDL helped me stay fit throughout the summer before our college season started up again. This helped me get used to playing for almost the entire year, similar to a professional season.

PDL: You’re from Pennsylvania yourself, how meaningful was it to you to first play with Reading and then stay in the Union system with the senior team?

KR:  For me to start with Reading and then stay within the system and play for Philadelphia helped me immensely. Being familiar with the organization and it’s personnel made the transition that much easier for me.

PDL: You’ve made an immediate impact with the Union, featuring heavily at right back for the team. It is uncommon for rookies to be given so much trust so quickly, what enabled you to find such immediate success?

KR: I think I attribute my early success with the team to being so familiar with the organization, it’s staff, and it’s players.

PDL: What are some things you’ve learned in your first few seasons since becoming a professional player that you’d like to pass on to this year’s rookie class?

KR: My biggest piece of advice to this years incoming class is to stay open minded, and be eager to learn in every opportunity you get.