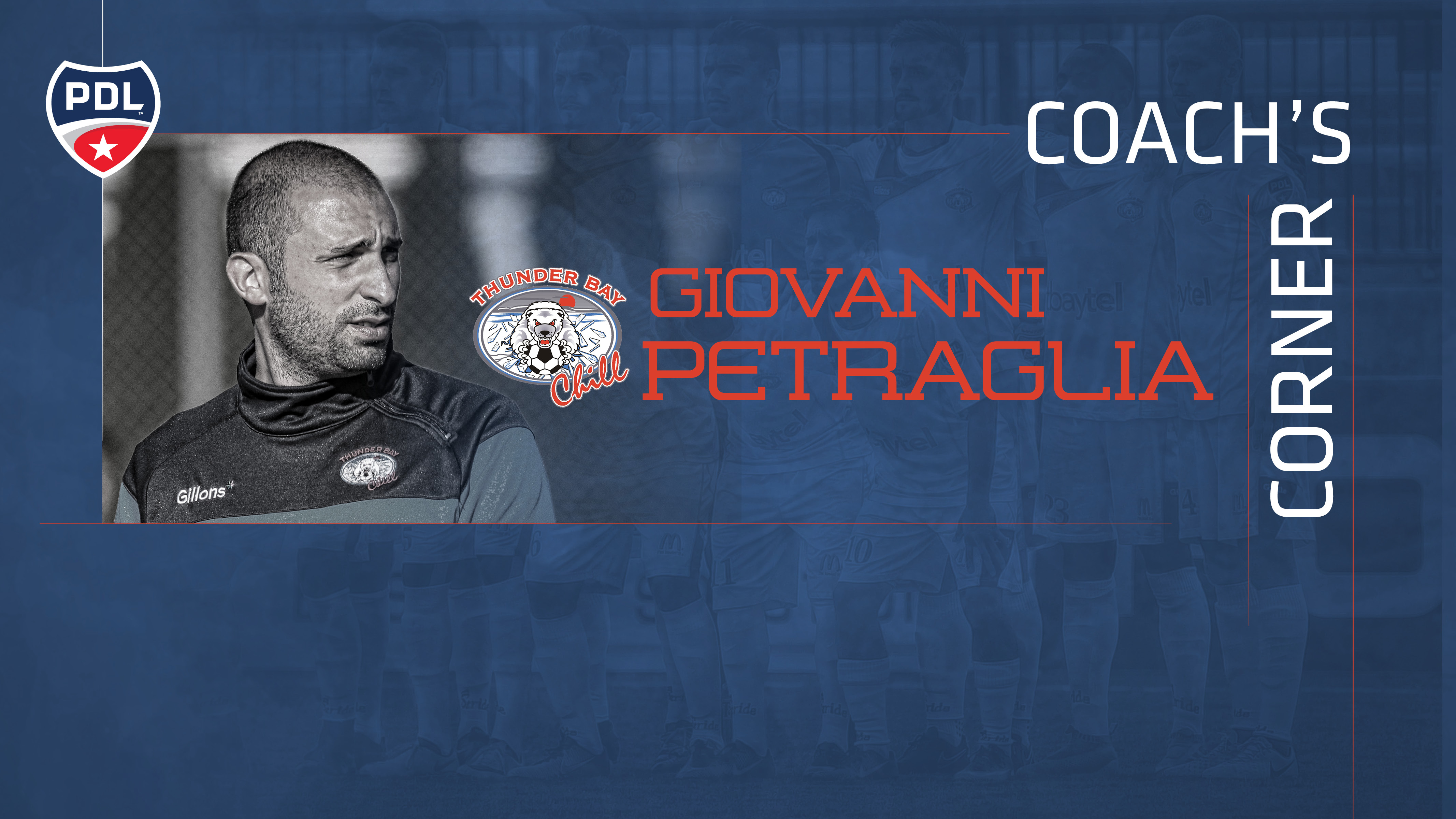 The Thunder Bay Chill were one of the Premier Development League’s most successful teams in 2017, reaching the PDL Championship before falling in a tightly-contested match against the Charlotte Eagles.

The Heartland Division champions earned one of the two playoff spots for that division at the end of the season and subsequently went on a run that many would consider to be a successful season. For Chill head coach Giovanni Petraglia, however, the run stopped just short of the only result he would consider a success: a PDL Championship. Despite it being the most successful season in his tenure in charge of the team, no small feat considering his three-consecutive playoff appearances in three years in charge, Petraglia has continued and expanded a long-standing culture of success in Thunder Bay that leaves him wanting more.

As he prepares the Chill for the 2018 season, the tenth anniversary of the club’s 2008 PDL Championship victory, he plans to attempt to honor that roster by bringing another trophy to the Chill’s cabinet. During that process, Petraglia joined USLPDL.com to discuss his roster-building philosophy, working with 2017 PDL Defender of the Year Mitchell Osmond and why the Chill are so consistently successful.

Read more from Petraglia below in this week’s Coach’s Corner. 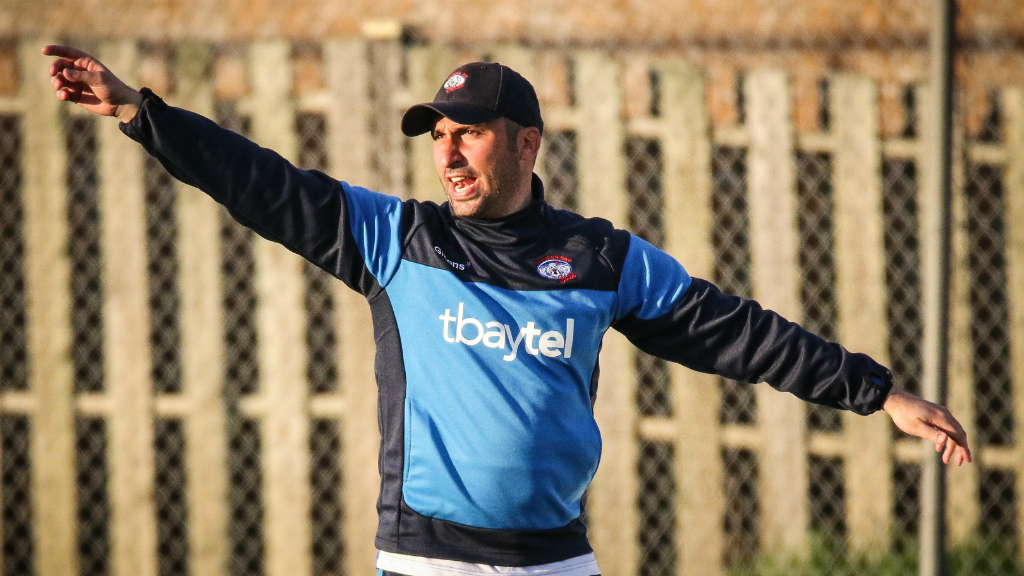 PDL: You had a wonderful year in 2017 with the Thunder Bay Chill, winning the Heartland Division and making a deep run in the playoffs to the PDL Championship. What allowed this year’s team to be so successful?

Giovanni Petraglia: Without a doubt, the organization that surrounds me is the most important aspect of our success. The Chill are a professional club both on and off the field and they give me the opportunity to focus solely on my role on the field and in recruiting. Everything else concerned with my job is taken care of by the club.

Even though the club is going through a difficult time with challenges surrounding the lack of a winter indoor facility, the Chill still find a way to prepare for the upcoming PDL season. The way they treat the players, coaches and fans is key to our success, in my opinion. They allow all of us to very quickly become a family and pursue a common goal and follow a common path. The secret of the Chill’s success is its founder, director and former coach Tony Colistro. He’s now the president of the club and the mind behind everything from top to bottom. I strongly believe the Chill will always be successful, no matter what, because of the environment he creates and carefully oversees.

GP: The stability of the coaching staff is one of the reasons, I believe. I was Tony’s assistant coach for three years, which helped me learn the philosophy of the club before I was given head coaching duties. Since I took over as head coach, I’ve had the same colleagues: Stefano Cristalli, the assistant and fitness coach, Saverio Lento, our goalkeeper coach, and Arno Peura as assistant coach. This has allowed the team to have a long-lasting technical philosophy that is easy to update and slightly modify if needed. Stefano and Saverio are just as important as I am to the environment of success of the past few years. Their professionalism and the training sessions they design makes players work hard knowing that the result is realistically achievable.

PDL: When you begin constructing a roster prior to the start of the season, where do you start? What factors do you consider?

GP: The first factor I consider is how the player would fit into the Chill philosophy. For example, while recruiting I like to have several phone conversations with players before we sign them. This allows me to understand how each player will fit with our style, our community, our work ethic and our demands on them as athletes. If a player meets those criteria, then we consider the important aspect that is the technical ability and quality of the player.

We also have many great contacts and relationships with college coaches that have been established over the years. They are trustworthy and respected coaches from around the soccer world and we rely heavily on their opinions. Some are former players and some are Tony’s contacts, and as a result our successes are their successes. I also spend a lot of time in the off-season watching videos, thank goodness for technology.

PDL: Some coaches primarily set their tactics based on the abilities of their players, while others seek out players who fit a certain style of play. Where do you fall on that spectrum and what is your preferred style of play?

GP: I don’t particularly have a favorite system and consequently I don’t look for players who fit a certain style of play. While constructing the roster, I usually look for a group of players able to play within different systems. When they arrive to Thunder Bay, we spend our first 20-25 days working on ‘concepts of the game’. That is an area where I’m very demanding with my players, and once we get those established, it becomes easier to switch systems if needed without touching our basic concepts. I like keeping a lead as much as possible, I like keeping the ball as much as possible, but I consider adaptability as one of the best qualities of a soccer team. Therefore, if we recognize that we’re struggling to do something during a game, we must be able to adapt and bring a result home regardless. So basically, I’m looking for players who like to find solutions instead of excuses.

PDL: You only allowed eight goals all season long, the best mark in the PDL in 2017. How do you enable your team to be so stout defensively?

GP: We worked and worked harder. We work a lot on how we should act as and be one unit without the ball. We worked on those concepts every day at the beginning of the season and weekly during the season.

Also, being a team that keeps the ball makes the job easier. I’m a tactician, I believe in working as a unit on the field to make all of the players better and adept at playing together. Hard work in that respect always pays off and defense wins championships.

PDL: A part of that defense was PDL Defender of the Year Mitchell Osmond, who also plays in the NAIA with the Rio Grande RedStorm. How crucial has Osmond been to your structure over his three years with the club and how did he end up playing for the Chill?

GP: Mitchell is a top-class player. He stood out when I watched his recruiting video three years ago for his leadership. He immediately became our captain and led the team with his positive attitude on the pitch for the whole season. Mitchell is never completely happy with his performance after a game. He always asks how he could’ve done better in this or that game situation. He’s an excellent player, constantly hungry for knowledge and always looking to learn from others. After every session, he wants to make sure he understands my messages and is always willing to discuss how to improve his game tactically and technically. He’s constantly willing to learn and improve. When you combine quality and that desire to learn, it makes you a professional in my eyes. In my opinion, he’ll be the next Chill player to go pro next year, I’m pretty sure about that.

PDL: Coming off the team’s most successful season yet in your tenure, what are some goals you hope to accomplish in 2018?

GP: The history of our club doesn’t allow anyone to be happy or satisfied for a previous successful season. The soccer community here is demanding, and if you consider our past they want results and winning performances every year. The window of improvement is very narrow. We only have one way to improve on last season, and that’s by winning the final game. We are entering an important year for our club, since we will be celebrating the 10th anniversary of our PDL Championship in Laredo in 2008. We would like to honor and celebrate our 2008 squad in the best way possible, with another PDL Championship in 2018. We know it is not going to be easy, especially when considering that no PDL club has gone to the Championship two years in a row and the fact that we lost our third Championship match in August. Additionally, teams in our division like the Des Moines Menace, St. Louis Lions and Chicago United FC always have great teams. However, we always strive to create a winning culture in Thunder Bay which challenges us to have the highest standard possible. Therefore, we are not afraid to say that our goal for 2018 is to win the PDL Championship.