2015 PDL Champions: Where are they now 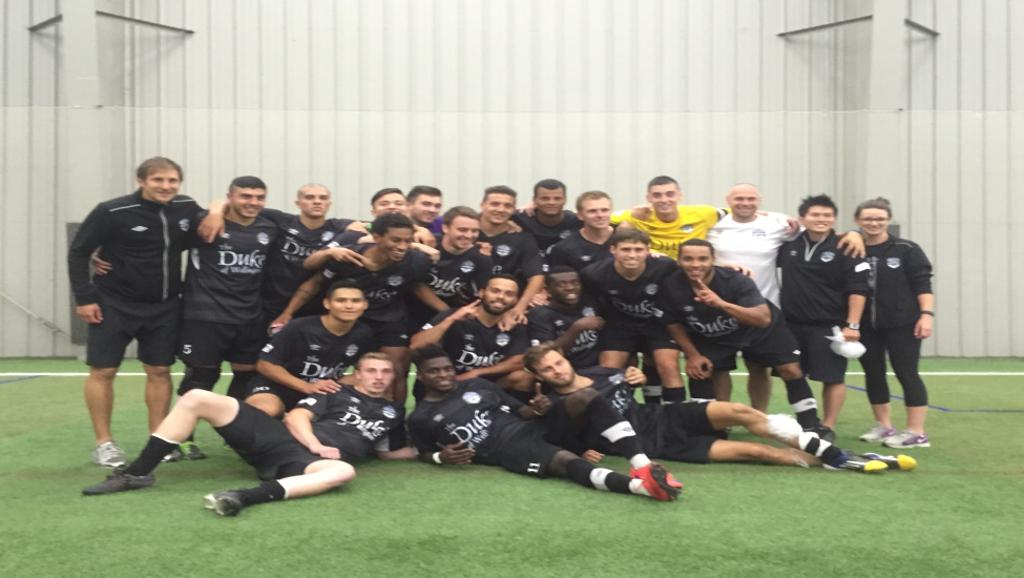 In its relatively short history, K-W United FC has seen a number of highlights, foremost among them winning the 2015 Premier Development League championship.

But perhaps the greatest highlights for the club have been the accomplishments of the players United has had a hand in developing. Since its inaugural season in 2013, K-W United FC has become a top-class development organization producing numerous players who have gone on to play in the professional ranks.

And there may be no greater example than that 2015 championship team. Nine members of that squad are currently involved in professional soccer many of them in the MLS.

This summer saw two alumni of the 2015 United squad join Toronto FC as the reds drafted defender Oyvind Alseth in the third round of the MLS SuperDraft while former K-W captain Sergio Camargo signed a professional contract with TFC as a homegrown player. On top of the two players, Chris Pozniak, the head coach who led United to that PDL title, joined the Toronto MLS organization in the winter of 2016 as an assistant coach with Toronto FC II, the clubs USL side.

Just a few months after United was crowned champions of the PDL, two members of the team were drafted in the first round of the 2016 MLS SuperDraft. Midfielder Julian Buescher was taken 11th overall by D.C. United last winter and got into 20 games scoring his first career goal in September with the club in his rookie season. Joining his K-W teammate in the first round was forward Ben Polk who went 20th overall to the Portland Timbers and will spend 2017 playing with Orlando City FCs USL team.

Alseth wasnt the only alumnus of the 2015 champs to be taken in this years MLS SuperDraft as midfielder Liam Callahan was drafted in the second round by the Colorado Rapids.

Meanwhile, goalkeeper Nathan Ingham signed with FC Edmonton of the NASL following the 2015 season and spent time on loan with Toronto FC II this past season.

These K-W alumni, plus the many other players playing at the university and international level, represent the strong reputation K-W United is continuing to build as a premier development organization.