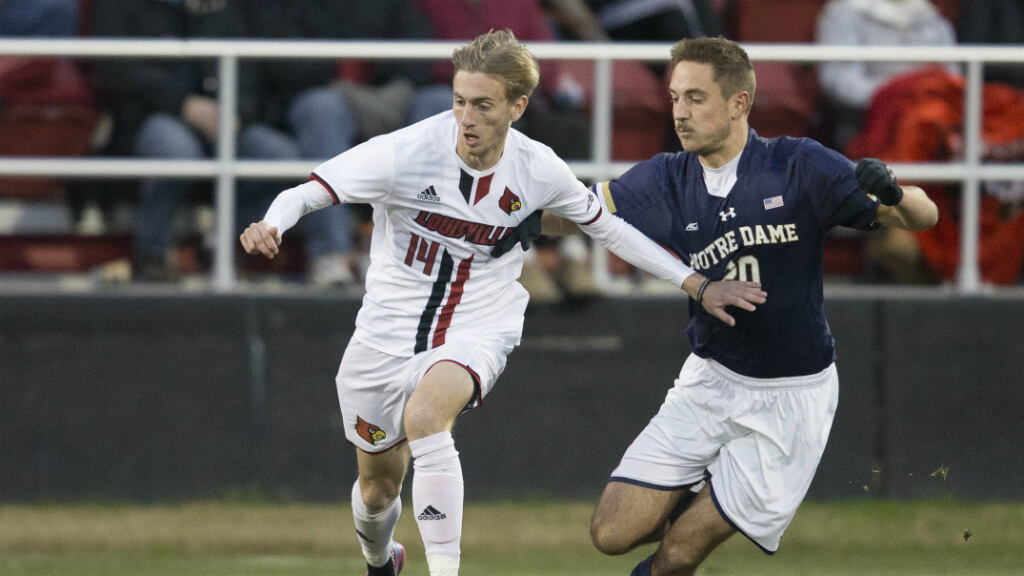 Johnson, who played a total of 15 games over the course of three seasons in the PDL, was chosen No. 11 overall by the Fire, while former Dayton Dutch Lions goalkeeper Cleveland was taken No. 26 overall.

“The PDL was incredible more than anything. I still actually FaceTime weekly with a lot of my PDL teammates,” Johnson said at the 2017 MLS SuperDraft. “What it does is: You come together over the summer with guys who you’ve played against or know of from different schools, and you get to learn who they are off the field and become fast friends. You become close extremely quickly because you’re living together, traveling together, you’re playing at an extremely high level together. … In the PDL, the level is high because every kid coming in is a Division I or a top Division II, Division III player, and it’s results-based. There’s a championship to be won, so you have to gel quick.”

After scoring one goal and providing one assist in six games for the Portland Timbers U-23s during the 2016 PDL regular season, Johnson scored two goals and recorded five assists in 22 total games for the University of Louisville in the fall.

Cleveland played three games for the Dutch Lions in 2015, making 19 saves while only conceding one goal. In the 2016 college season, Cleveland recorded a 0.71 goals-against average while making 54 saves for the Cardinals.

Including Johnson and Cleveland, a total of 59 PDL alums – 73 percent of the entire draft class – were selected in the 2017 MLS SuperDraft. Since 2010, nearly 70 percent of all MLS selections have had PDL experience.