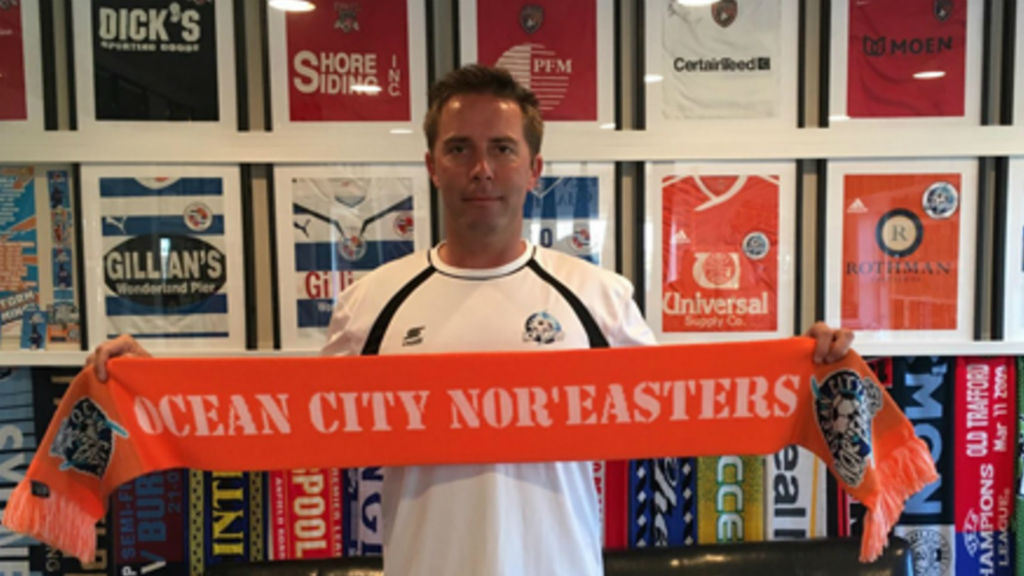 John Thompson was revealed as the Ocean City Nor'easters' new head coach on Tuesday after playing for the franchise from 2002-06.

"I am looking forward to putting together another strong PDL squad for the 2017 season and add to the success this franchise has achieved in the past 20 years," Thompson said. "I had some memorable times as a player in the PDL, so to return to the league as a head coach is an exciting prospect for me."

Thompson, who was named the 2004 PDL Defender of the Year and also earned PDL All-League honors twice, becomes the seventh head coach in the franchise's history, replacing Tim Oswald at the helm.

Oswald ends his time at the Nor'easters with a 47-19-6 record. The head coach of the University of Rutgers-Camden men’s soccer team helped guide 25 players to the professional level, including eight players selected in the MLS SuperDraft, during his tenure.

“Coaching the PDL team in Ocean City was an amazing professional experience for me and one that I will always cherish and value in my progression as a coach and leader of a program,” said Oswald. “The team accomplishments and player accolades were clearly a result of a supportive, dedicated and passionate management team, as well as the quality players that we landed year in and year out. It's been equally gratifying and humbling to watch those players perform at the professional level. I especially want to thank the Granese family for the opportunity to lead one of the best PDL organizations in the country over the past five years.”

The Nor'easters finished second in the Mid Atlantic Division with a 9-5-0 record during the 2016 PDL regular season. Led by 2016 PDL MVP Chevaughn Walsh, the Nor'easters reached the PDL Semifinals after winning the Eastern Conference Championship.