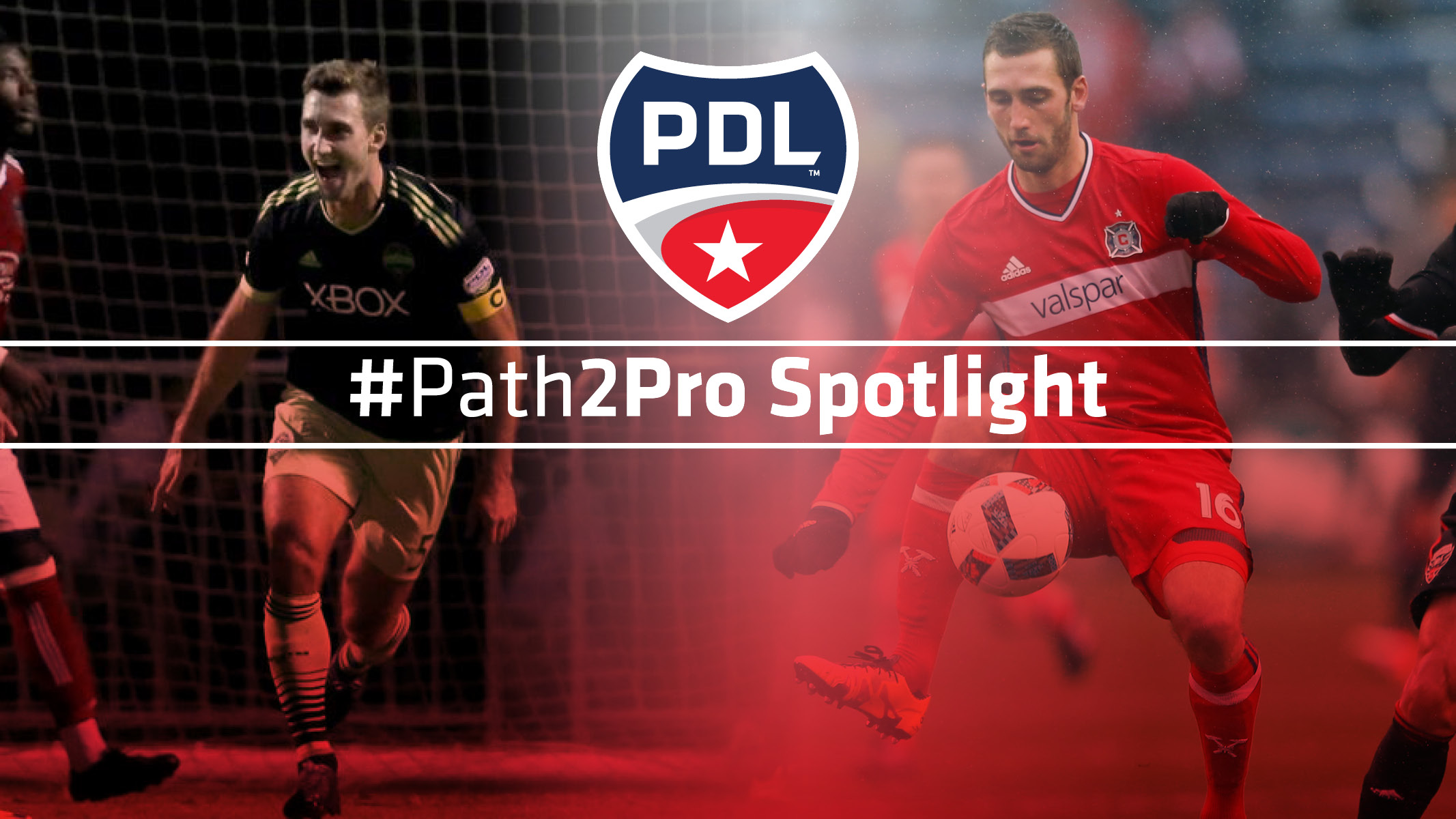 Jonathan Campbell has been challenging himself and learning from friends and coaches at various levels of the game for years. With support and advice from his peers and distinguished leaders, he put the things he has learned into practice during his 33 appearances for the Chicago Fire in his rookie Major League Soccer season.

The defender, who played for the Carolina Dynamo and Sounders FC U23 in the PDL, played four years at UNC-Chapel Hill before being selected 12th overall by the Fire in the 2016 MLS SuperDraft. Campbell established himself as a key member of Head Coach Veljko Paunović’s side, starting in 30 of his 33 games played.

For Campbell, the season proved to be a culmination of years of hard work, starting in 2011.

“I started playing for the Carolina Dynamo, did that for a couple of years and really enjoyed it,” Campbell told the PDL. “I thought it was a good experience because we were pulling from a lot of top schools around North Carolina, when you look at ACC schools like Wake Forest, State, Duke, UNC and even some guys that went to Virginia but were from around Greensboro.

“You would also have some other conferences, like with Elon and High Point, and we’d take some of the top players from there. So we’d have a great group of guys who made it really competitive, and a lot of those guys have gone on to play professionally, so I thought the PDL was a good step for me.”

Not only did playing in the PDL help Campbell prepare for him for the next level, it also helped the defender succeed with his program during the fall. While with the Dynamo, Campbell played alongside some of his teammates, such as current Major League Soccer forward Rob Lovejoy, at North Carolina. Being able to play competitive matches with his college teammates during the summer helped UNC’s play, Campbell says, during the season, and he was also able to develop long-lasting friendships.

“It was good because it keeps that connection going on and off the field, and when you get back into the season, you really haven’t missed a beat by playing with some of those guys, so that helps a lot,” Campbell said.

“It helped develop really strong bonds off the field. Rob called me up about a month or two ago and said, ‘Hey, let’s go to Cuba,’ and I said, ‘Let’s do it.’ So we’ll be going there in the next month or so.”

Marc Nichollas, who was Campbell’s Head Coach at the Dynamo from 2011-13, joined MLS’s Seattle Sounders FC as the Academy Technical Director following the 2013 PDL campaign. The two-time U.S. Academy Coach of the Year saw pro potential in Campbell, and he suggested the defender should experience life outside of North Carolina and test his abilities in Seattle ahead of his senior collegiate season.

“For me, I think it was a smart move [playing for the Sounders U23 in 2015]. I’ve traveled a decent amount, although I have lived in North Carolina, but I’ve never really had a problem living somewhere else,” Campbell said.

“With the North Carolina Fusion Academy and the Carolina Dynamo, there was no link to an MLS team. With the Fusion Academy, there was no affiliate team that you could experience some of these professional environments. That was the main thing for me: I wanted to be engulfed in that type of experience in that environment. Seattle was a good move for me; I wanted to be out there with [former North Carolina teammate] Andy Craven. I was able to go to six of their home games, … get a few practices in with Seattle Sounders 2 and be in front of different coaches. It’s always good to get your name out there and get other people’s opinions on you.” 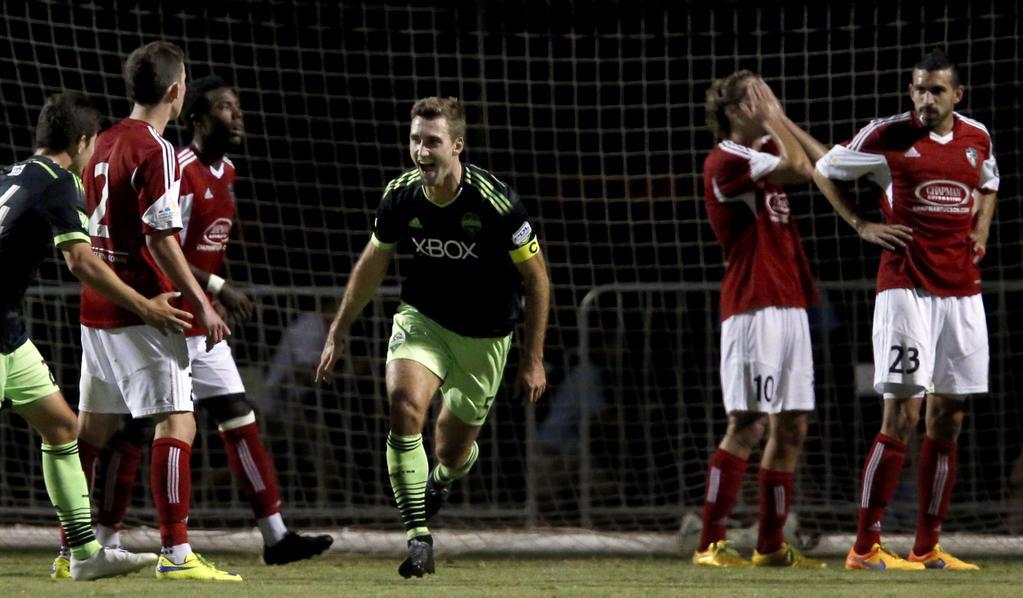 Campbell shined with the Sounders U23, helping the Northwest Division club reach the 2015 PDL Playoffs with a 7-4-1 record while also earning 2015 PDL All-Western Conference Team honors. The defender also scored the game-winning goal against FC Tucson to send the Sounders U23 to the PDL Semifinals.

The 6-foot-2 defender carried that form into his senior year and beyond, earning First Team All-ACC honors, ACC Men’s Soccer Scholar-Athlete of the Year honors and more during the 2015 college season. Campbell was then drafted by the Fire, and played 33 games for the franchise.

"We knew from day one that Jonathan was good enough to be a professional player,” Sounders U23 Head Coach Darren Sawatzky said. “We pride ourselves in working to help refine what players are already good at in order to help them make the transition to the professional game. His approach and mentality were great, and he adapted very quickly to being across the country and out of his comfort zone. We are very happy for his success with the Chicago Fire and look forward to watching him ascend the professional-playing ladder."

While Campbell earned a starting spot in his first year for the Fire, the PDL alum knows there’s always an opportunity to improve. Using the advice given to him by his close friends and teammates, the defender looks to build upon his stellar start to a professional career.

“The biggest guy that has helped me is Sean Johnson. He definitely doesn’t get enough credit for what he does,” Campbell said. “He kept the young guys motivated, would talk to us, make us feel welcome and feel like we’re part of the group. He is a guy that I was able to learn so much from.

“One of the biggest things that he kept pushing me towards is: although there might be times where I’m not playing well or just times in the game when things might not be going well, on that early read, being able to decide on saying something. Say it happened once, twice, keep letting it go, and then after the fifth time, someone scores on something. After the second or third time, you need to step in and say something. That’s one thing he helped me on. At times, you’ve got to put your foot down and not be OK with some of the mistakes from me and the group. He really helped me be comfortable with being a vocal leader, and as a center back, that’s a key role that’s very important for the team.” 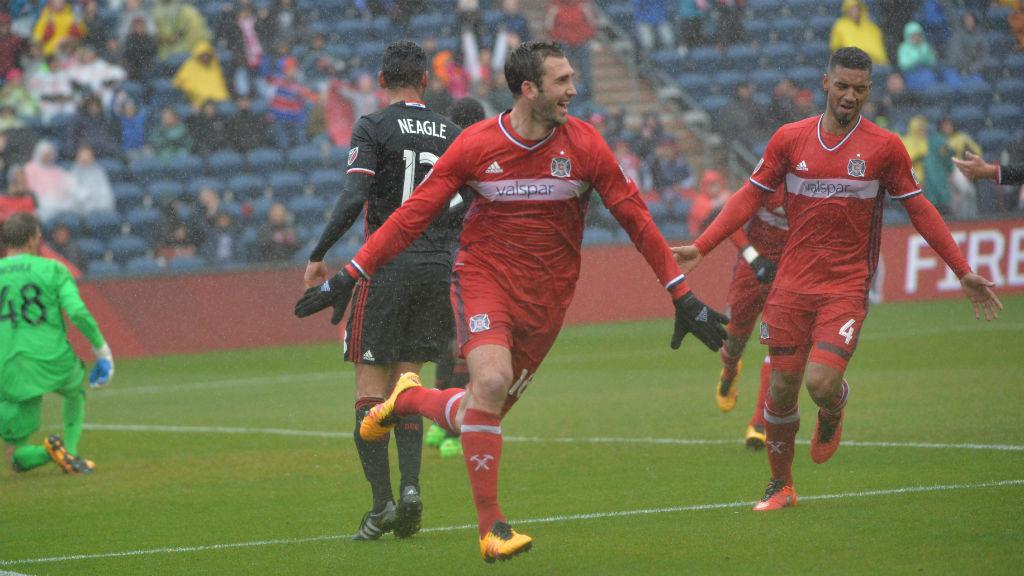