Bucks remain on top in final edition of rankings 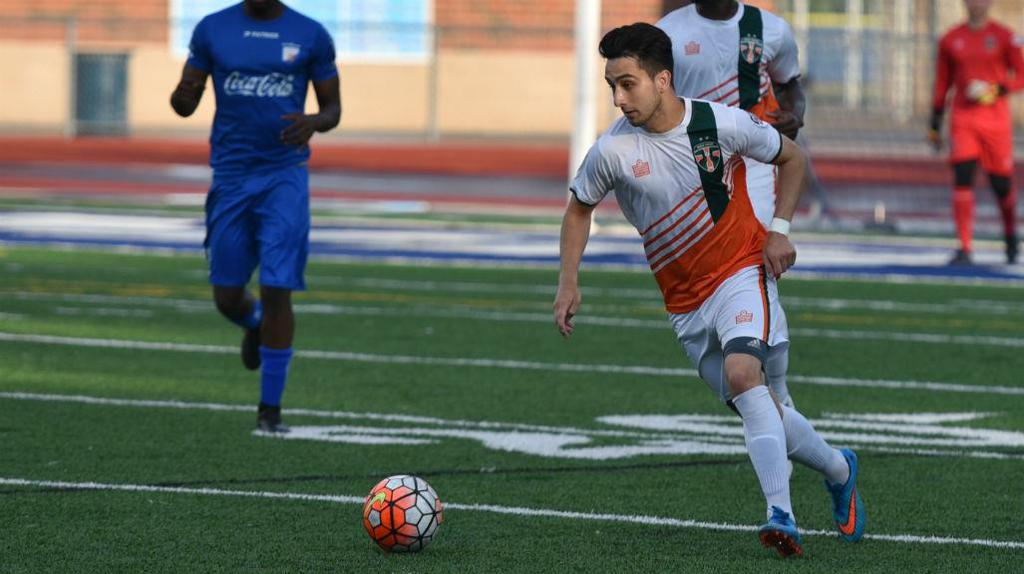 The 2014 and 2015 PDL Champions, the Michigan Bucks and K-W United FC, have been two of the top teams across the league throughout the regular season, and they continued to prove as much during Week 10. The Bucks inched closer to a division title with two wins, while K-W United kept the pressure on with two wins of its own.

1. Michigan Bucks (Previous: 1)
Last Week: W 3-0 at Cincinnati Dutch Lions, W 1-0 vs. Derby City Rovers
The Bucks are on a five-game win streak after earning two results in Week 10. Benjamin Fitzpatrick and Russell Cicerone continue to lead this team to success, but David Goldsmith was the surprise star of the week, scoring a goal in each game. The Bucks have clinched a playoff spot in the Central Conference Championship, which will be held on the weekend of July 22-24, but they still need points to overtake K-W United FC and win the Great Lakes Division.

2. K-W United FC (Previous: 2)
Last Week: W 3-1 vs. TFC Academy, W 2-0 vs. Pittsburgh Riverhounds U23
Jahsua Mills scored a goal in each of K-W United’s wins during Week 10 to help the club stay atop the Great Lakes standings for the time being. K-W United has one game remaining – a home contest against the Dayton Dutch Lions on Sunday. With a win, the Canadian club forces the Bucks to earn at least four points from their final two games in order to win the division title.

3. Des Moines Menace (Previous: 3)
Last Week: T 1-1 vs. Thunder Bay Chill
Thomas Barlow’s late goal vs. the Chill kept the Menace in prime position to clinch the Heartland Division. The Menace, now 9-2-2, have one game remaining this regular season – a matchup with the St. Louis Lions on Saturday. If they win, they will automatically claim the division crown. A tie will also likely be enough, as the Chill must win both of their remaining games and improve their goal difference by a large margin.

4. Thunder Bay Chill (Previous: 5)
Last Week: T 1-1 at Des Moines Menace
No losses during four games in a six-day span see the Chill climb to within two points of clinching a playoff berth. Sullivan Oliveira Silva led the Chill to success in Week 10, scoring five goals and providing one assist over the course of four games. The Chill will play the Lions on Tuesday and Kokomo Mantis FC on Wednesday to end their regular season.

5. Chicago Fire U-23 (Previous: 4)
Last Week: T 2-2 vs. Thunder Bay Chill, L 4-1 vs. Thunder Bay Chill, W 1-0 at St. Louis Lions
The Fire U-23 finished their regular season with a win, but they must now wait and watch to see if they will be in the playoffs. A midweek tie and loss to the Chill leave the Fire U-23 with 26 points on the season, only two more than the Chill, who will play two more games this campaign.

6. Dayton Dutch Lions (Previous: NR)
Last Week: W 3-1 vs. Derby City Rovers, T 3-3 vs. Kokomo Mantis FC
The Dutch Lions have been eliminated from playoff contention, but they are ending the 2016 PDL regular season on a strong note. A win against the Derby County Rovers was the highlight of the Dutch Lions’ Week 10. In two games, Nduka Kemjika scored three goals, while Eric Lynch recorded two goals and two assists.