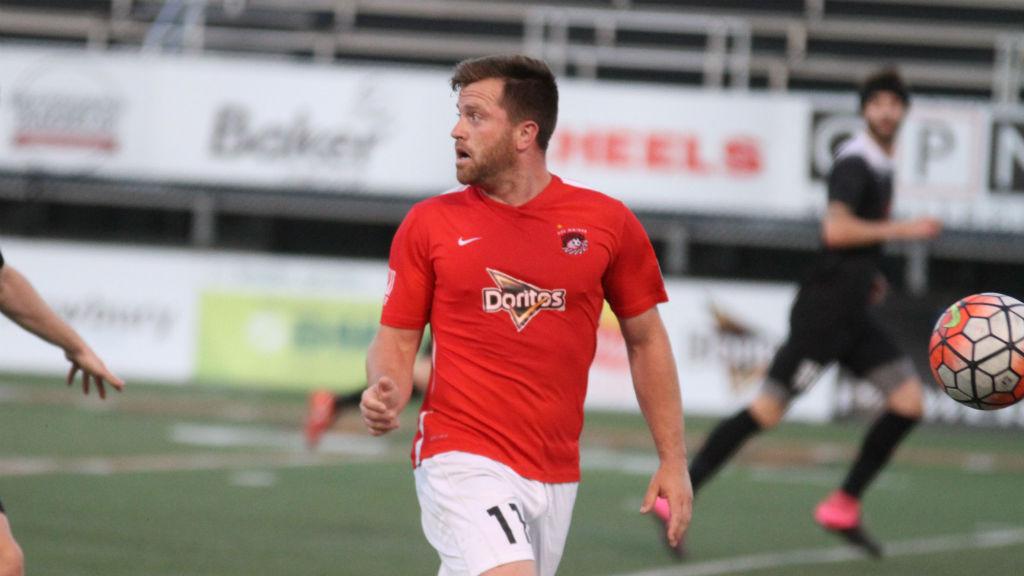 The Central Conference’s top three teams all earned wins during Week 6, but the Des Moines Menace were the most impressive in their matches, defeating rivals Thunder Bay Chill twice in as many days.

1. Michigan Bucks (Previous: 1)
Last Week: W 1-0 vs. Dayton Dutch Lions
After recording their first loss of the regular season on the road against Dayton on June 3, the Bucks returned home and topped the same opposition, 1-0. Eric McWoods scored the game-winner in the 89th minute at the Ultimate Soccer Arena.

2. Des Moines Menace (Previous: 3)
Last Week: W 2-0 at Thunder Bay Chill, W 2-1 at Thunder Bay Chill
On the road and facing off against their rivals, the Menace defeated the Chill, 2-0, on Friday before winning, 2-1, on Saturday at Fort William Stadium. Leigh Veidman scored in both wins, while Nick Jones and Thomas Barlow also added goals of their own.

3. K-W United FC (Previous: 2)
Last Week: W 4-3 vs. Derby City Rovers
K-W United extended its win streak to four games on Friday, but the back line did not perform as well as it typically has this regular season. For a second time this campaign, K-W United conceded three goals, but fortunately for Canadian side, the offense was firing on all cylinders. Sven Konig scored a hat trick to lead his side to victory, while Ken Krolicki scored the opener and assisted Konig’s first goal.

4. Chicago Fire U-23 (Previous: 3)
Last Week: W 3-2 vs. Kokomo Mantis FC, W 2-0 at WSA Winnipeg, L 1-0 at WSA Winnipeg
The Fire U-23 had a busy week, and nearly walked away with three wins in three games during Week 6. After defeating a tough Mantis FC side, 3-2, at Toyota Park on Tuesday, the Fire won once and lost once on the road against WSA Winnipeg. The Fire U-23 still sit atop the Heartland Division standings with 15 points after seven games.