Eagles edge Carolina Dynamo in PDL Game of the Week 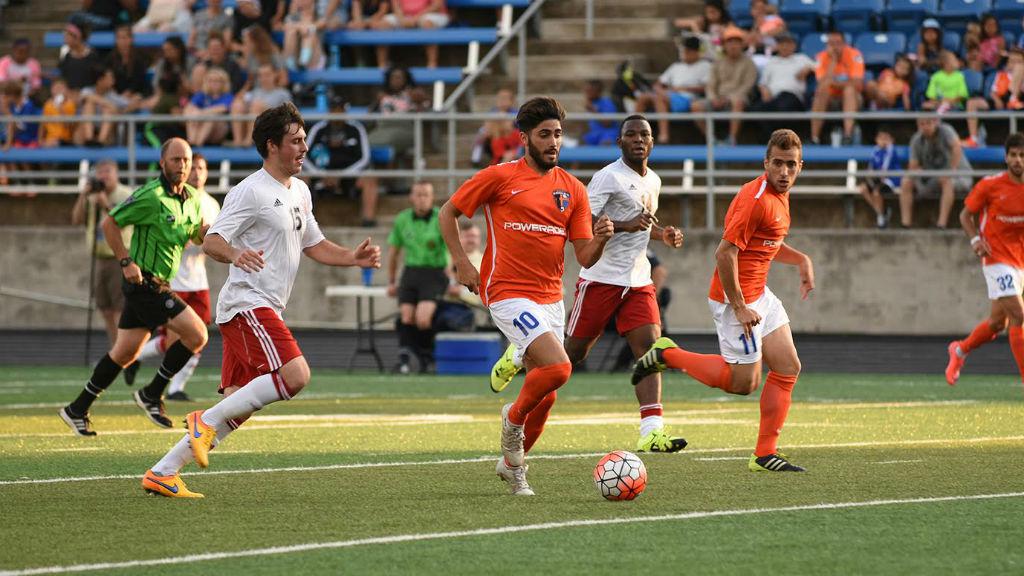 TAMPA, Fla. – The Charlotte Eagles have picked up right where they left off last season.

The 2015 South Atlantic Division winners earned their first victory of the season on Saturday, topping the Carolina Dynamo, 1-0, at Charlotte Christian School in the PDL Game of the Week. After easing their way into the game, the Eagles scored the breakthrough in the 63rd minute.

Marco Micaletto, who scored a penalty for the Eagles during their Lamar Hunt U.S. Open Cup match midweek, netted his second penalty kick in as many games.

FC Tucson claimed its second road victory of the 2016 campaign, defeating a Ventura County Fusion team that is expected to be as good as in years past. Afonso Pinheiro and Tate Schmitt scored the goals, while FC Tucson also secured its second consecutive shutout en route to first place in the Southwest Division.

The Fresno Fuego bounced back from an opening day defeat in the best of ways on Saturday evening. After falling to Burlingame Dragons FC in Week 1, the Fuego pummeled San Francisco City FC, 5-1. The entire team was clicking, as five different players –Christian Chaney, Alvaro Nogales, Tony Flores, Milton Blanco and Alex Colwell – scored in the rout at Chukchansi Park.

Some new teams to the league also began their inaugural seasons. The Tri-Cities Otters earned their first point in club history in a 0-0 tie against South Georgia Tormenta FC, while FC Boston and Peachtree City MOBA fell in their first contests this year. 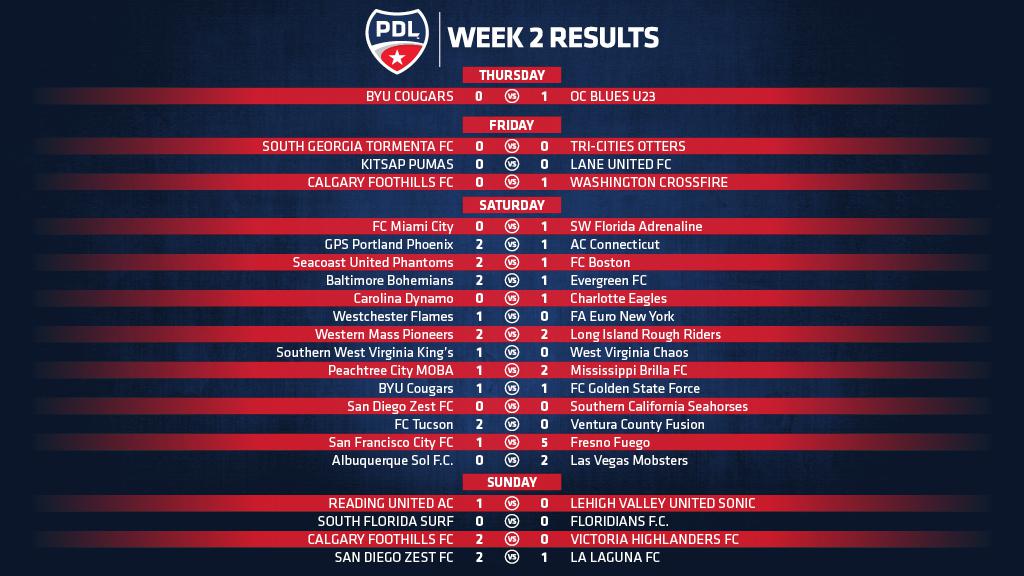