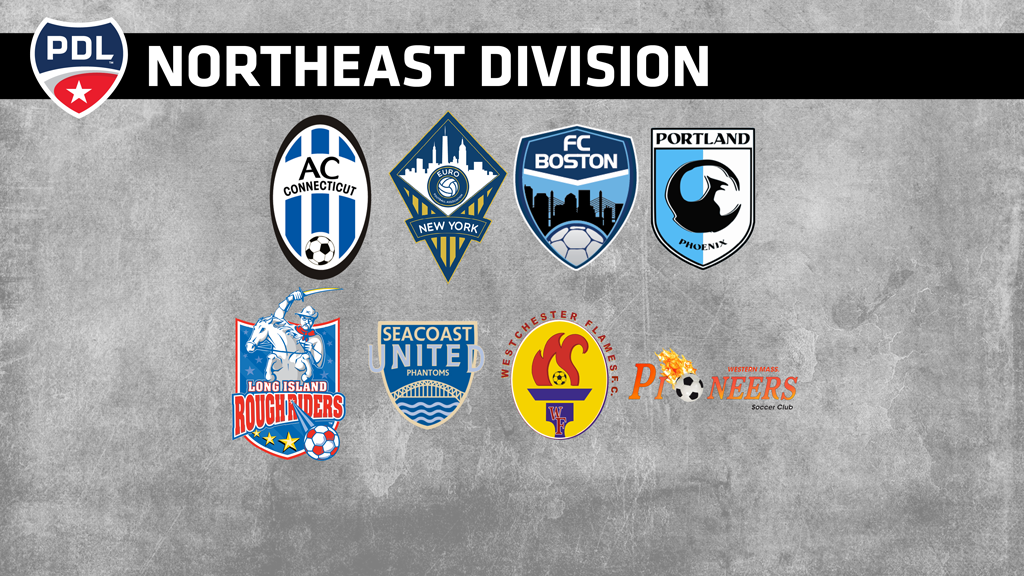 The Northeast Division for the 2016 PDL season will include the expansion FC Boston Bolts and three teams making divisional moves in FA Euro New York, the Long Island Rough Riders and Westchester Flames.

Northeast Division Breakdown:
AC Connecticut: Connecticut had a down 2015 season with a 2-7-5 record and fourth-place finish in the Northeast, after finishing second the year before. Headed by Alex Harrison, the club hopes to return to that 2014 form for its fifth PDL campaign. Key returning players: Filosmar Cordeiro.

FC Boston Bolts: A longtime staple of Greater Boston, the Bolts are set for their first PDL season and will be coached by Brian Ainscough. Ainscough’s previous coaching connections in New England have included head coach at Northeastern University and an assistant at Boston College.

GPS Portland Phoenix: Aside from 2014, the Phoenix have been the standard of the Northeast since joining the PDL in 2010. With three runner-up divisional finishes and two first-place showings in 2011 and 2015, Portland will try and defend its crown this season. The Phoenix posted an 8-1-5 record a year ago, touted a stellar defense that allowed only nine goals in 14 regular-season games and advanced to the Eastern Conference Semifinals.

Long Island Rough Riders: The Rough Riders are celebrating their 10th season in the PDL this year. They took second in the Mid Atlantic last season and return to the Northeast Division, where they competed from 2007-10. The PDL side is coached by Gerry Lucey, who played for the club from 1998-2000 when it competed in the A-League. This offseason has featured some exciting news as the Rough Riders formed a partnership with Major League Soccer’s New York City FC. Key returning players: Thomas Wharf. Key newcomers: Fredlin Mompremier.

Seacoast United Phantoms: The Phantoms qualified for their second straight postseason last year, finishing second in the Northeast with a 9-3-2 record but bowing out in a Northeast Division qualifier with a 2-1 overtime loss to GPS Portland Phoenix. The 2016 campaign marks Seacoast’s ninth PDL season.

Westchester Flames: Westchester makes the move from the Mid Atlantic Division, where the club finished in ninth place. The Flames have been a fixture in the Northeast before, winning the division back in 2006.

Western Mass Pioneers: The Pioneers prep for their seventh PDL season and have come up short of the postseason in each campaign. Western Mass had a tough 2015 that included only one victory and a last-place showing, so the club has nowhere to go but up heading into 2016.

Who will win the Northeast Division?