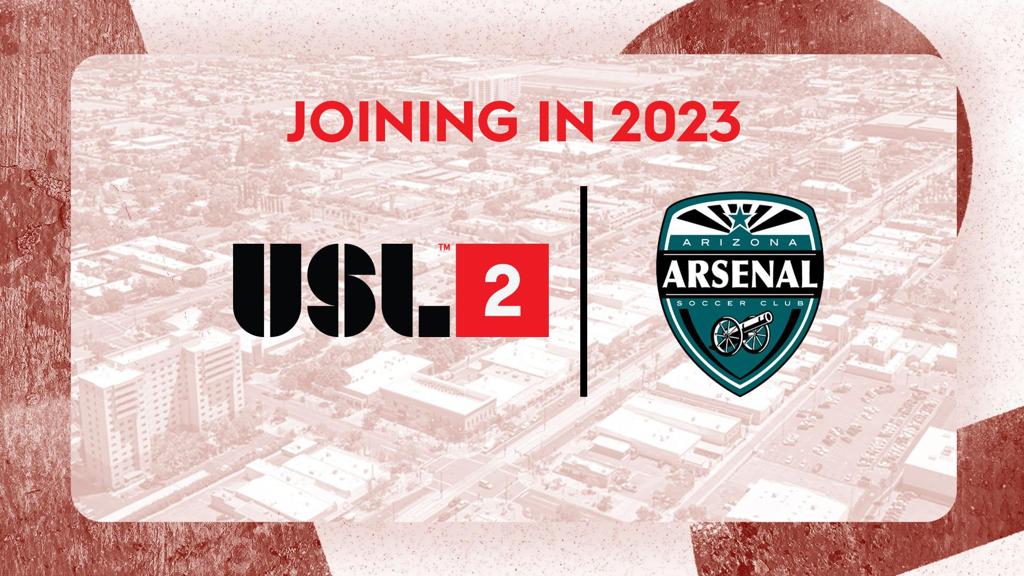 MESA, Ariz. - Today the USL announced that Arizona Arsenal SC will be the latest club to join USL League Two.

"We are extremely excited to offer our involvement in the USL League Two to our alumni and the local Phoenix community,” David Belfort, Arizona Arsenal SC Technical Director, said. “It’s an opportunity to compete and an opportunity to watch the game at the highest pre professional level."

The club’s mission is to be a destination soccer organization in the state of Arizona, and one that is recognized on a regional and national level. The staff values commitment, discipline, passion and integrity as they work with players to become the best version of themselves before and after the whistle.

“Arizona Arsenal have always had a commitment to getting the most out of their players and coaches,” Joel Nash, USL VP of Youth and Pre-Professional Properties, said. “This is a club that is going to give their people the best opportunity for professional futures, and it’s only going to elevate everyone around them.”

Arizona Arsenal Soccer Club was founded in 1992, for advanced pre-professional players to compete and develop their skills for professional futures. Since then, the club has grown to include over 75 competitive sides containing over a thousand players. Some of their alumni include USL Championship players Josh Drack and Channing Chasten.

“We are beyond excited to join the USL organization and field a League Two team this season,” Arizona Arsenal general manager Ty Iannone said. “This is a great opportunity for Arizona Arsenal Soccer Club to raise the standard and put us at the forefront of competitive soccer in Arizona".