When Stitz was on the score sheet, Christos won matches 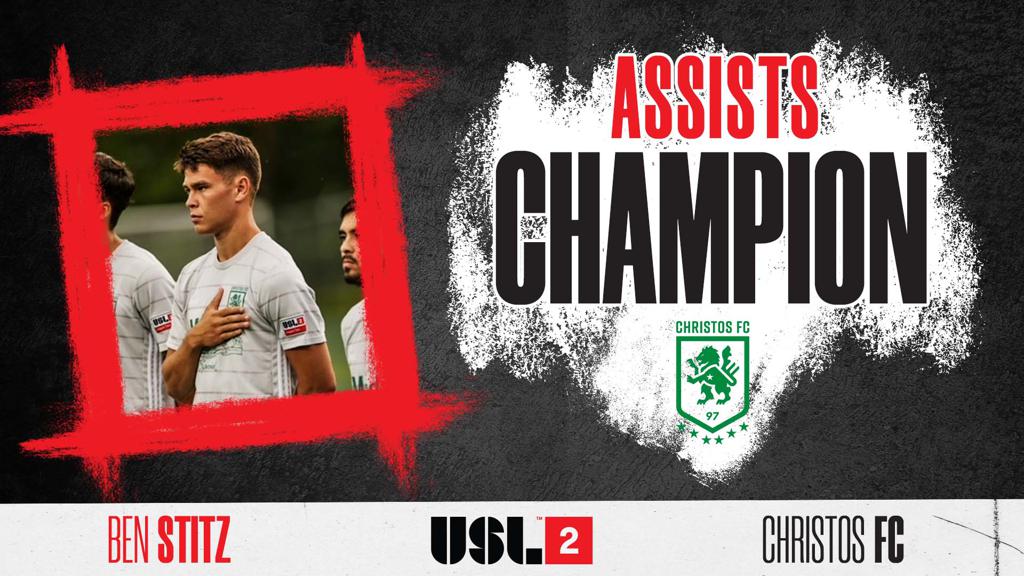 His 12 assists topped the league, but he didn’t stop there. He scored himself 15 times, finishing second in the Golden Boot race to Brazos Valley Cavalry striker Ethan Stevenson.

In the regular season, Christos FC were 9-0-0 when Ben Stitz either scored or assisted in the match and went 0-2-1 whenever he didn’t. He accounted for 34% of all Christos assists over the course of the season, helping Christos have 16 different goal scorers on the year.

Stitz and Christos FC were eliminated from the playoffs after falling to Seacoast United Phantoms 4-1 in the conference quarterfinals. Stitz scored the lone goal for Christos.