Final Away Day in Dayton

Dayton, OH (July 7, 2022) - The final regular season away trip will take place on Thursday July 7 at DOC Stadium on the campus of West Carrollton High School. Dayton will host Kings Hammer FC, which will also be Dayton's first match since June 15. Kickoff will be at 7:00pm, and it will be key for KHFC's postseason goals.

Dayton is coming off a win in their last outing, and a long-awaited return to play. A two-goal performance from Rashid Seidu-Aroza paced Dayton in a 4-1 win at Cleveland Force SC on June 15. The break allowed for the team to see a lot of the conference play out, and with six matches remaining, Dayton still has the ability to climb the table and put others farther down the table, while also ruining the postseason dreams for some.

In the swing of a seven-match unbeaten streak, Kings Hammer FC is looking to keep it rolling with the last three matches of the regular coming in the next eight days. With that span, KHFC will look to have some familiar faces step up to secure three points, and some potential debuts of others look to keep the postseason in sights. Two wins in the next two matches (Sunday July 10 - home v. Cleveland Force SC) will secure the second-straight postseason appearance for KHFC.

This match is the second of three on the season between the two clubs. Dayton will travel to the MAC and play the final match on Friday July 15 at 7:00pm.

Notable players:
Reece Allbaugh (KHFC) - Forward who plays collegiately at Wright State University, Allbaugh has tallied three goals in his last three matches, including his first as a stoppage time equalizer in a thrilling 1-1 draw with Fort Wayne.

Mikkel Gøling (KHFC) - Gøling leads KHFC with assists (4) and set the club record for assists in a game (2) earlier this season. Gøling is only one assist away from tying the assists in a season record (5).

Joseph Kouadio (DDLFC) - The Wright State forward has struggled with injury, but a long layoff could bring Kouadio back to the pitch and help Dayton climb the table to finish the season. Kouadio leads the team in goals scored (3) and shots (9).

Kings Hammer FC staff and players thank you for your support during the 2022 USL League Two season and hope to see you throughout the season. Find us on Facebook, Twitter, Instagram, and YouTube to keep updated on everything Kings Hammer FC. Contact the the Club for any questions or appearances. 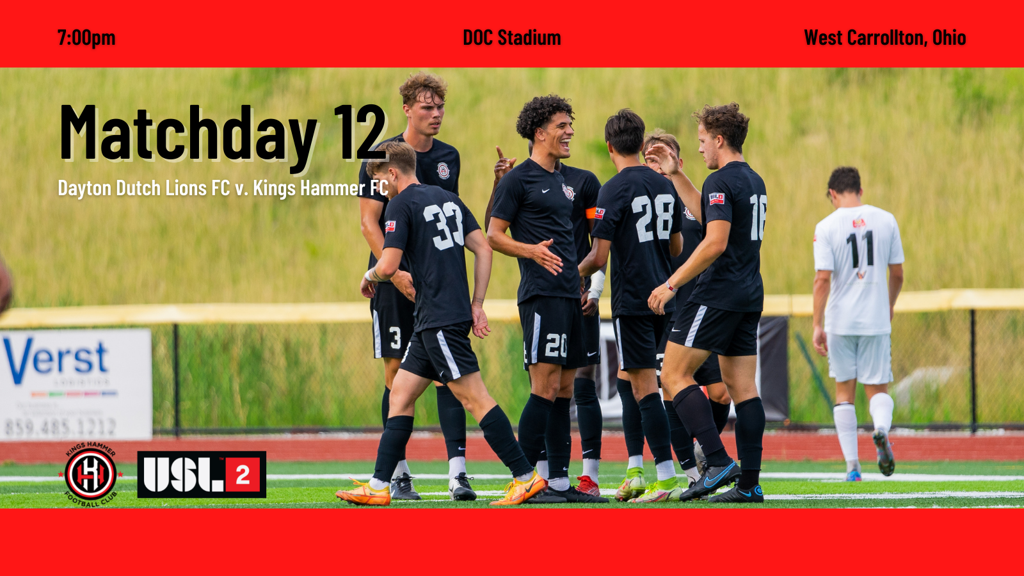