Alexandria, KY & Toledo, OH (June 14, 2022) - A heat wave has hit the region and Kings Hammer FC is set to play two matches in the hot and humid conditions. One home, one away. One women, one men. Both kick off at 7:00pm on Tuesday June 14. The KHFC women host Indy Eleven while the KHFC men travel to Toledo. Both matchups are the second time around for the clubs and opponents.

Kings Hammer FC and Indy Eleven started the USL W League season against each other with Indy hosting KHFC and prevailing 1-3. An exciting match with a great crowd, the USL W League has produced some exciting moments in the first month and a half of the season. Kings Hammer will look to avenge the loss, and build on the inaugural season in USLW.

Kings Hammer FC will look to build on the two-match win streak that started in Toledo on Saturday June 4, a 2-1 win snapped a two-match winless streak for KHFC. The win left a sour taste in Toledo's mouth as they had a 1-0 lead for the majority of the match, only to have KHFC tally two quick goals to come away victorious. A win for Toledo would have the hosts jump Kings Hammer in the table, a win for KHFC will continue to have the Club push for a second-straight USL2 postseason appearance.

Kings Hammer FC staff and players thank you for your support during the 2022 USL League Two and USL W League seasons and hope to see you throughout the season. Find us on Facebook, Twitter, Instagram, and YouTube to keep updated on everything Kings Hammer FC. Contact the the Club for any questions or appearances. 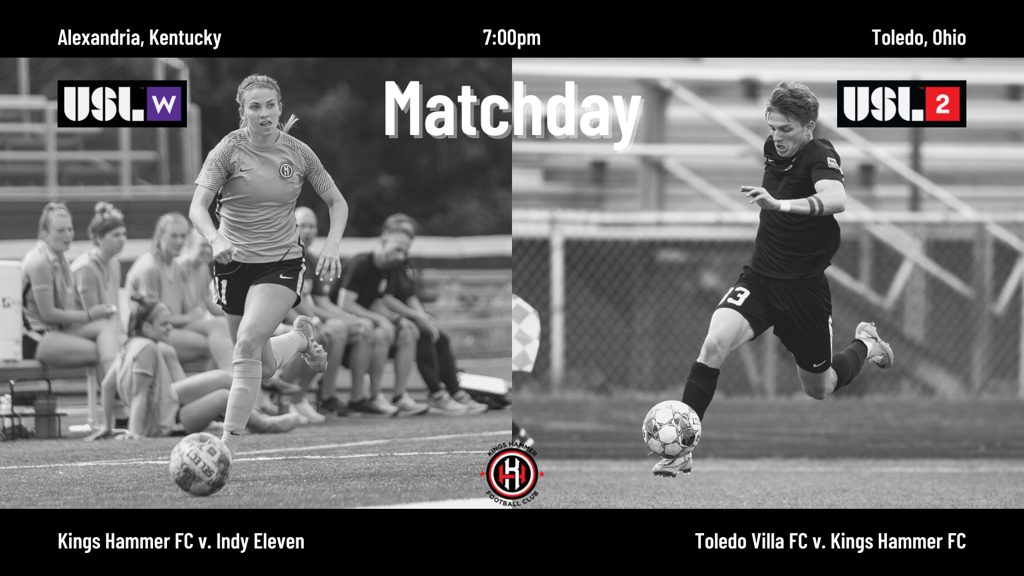