Matches to Watch in Week 6 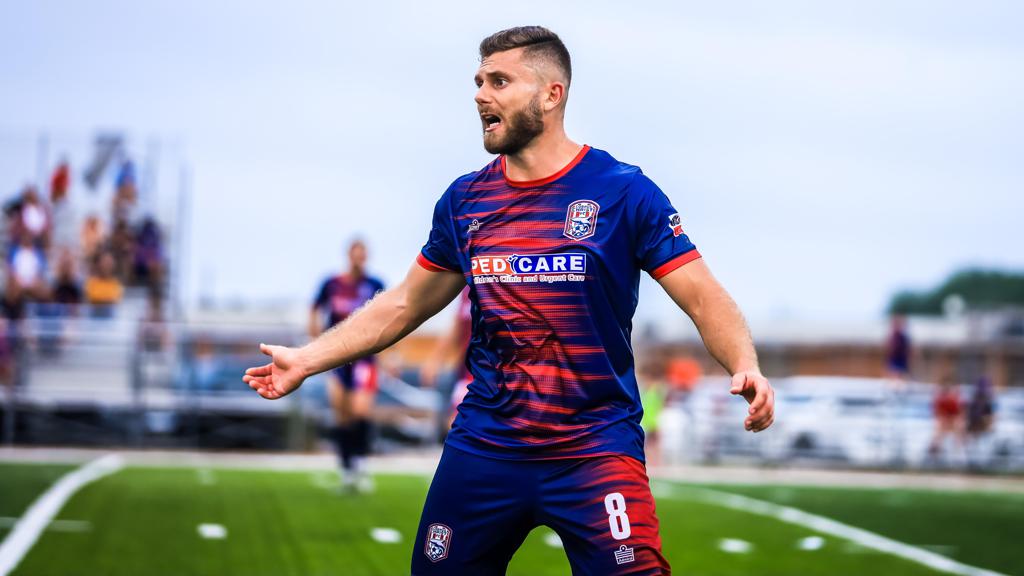 Another week of riveting League Two action on the way, and we've got five matches you absolutely have to follow in Week 6. Here are your Matches to Watch:

To regain a foothold in the South Central Division, this match is a must-win contest for Tri-Cities Otters. The Otters are riding consecutive Week 5 losses - at home to Asheville City (4-0-1) and away at South Carolina United (3-1-0). It's been 214 minutes since their last scored goal. For One Knoxville, a draw with Dalton Red Wolves (2-3-2) provided a stumbling block as they pursue Asheville City for the lead in the South Central Division. More so than the rewards for winning - neither team can afford to lose.

A classic six-point match at the top of the Lone Star Division. With a win, Round Rock SC moves to 4-0-1 with a game in hand over Corpus Christi and Houston FC and a three-point advantage. A win for Corpus Christi gives them the three-point edge at the top of the division, putting the pressure on Round Rock to perform out of that. Houston FC will look at the result hoping both teams drop points - a draw opens the door for Houston FC to break the three-way tie with a win in their next match. The biggest week yet for the Lone Star Division.

The Mountain Division has fewer games played than any other division so far in the league, but the schedule is about to start picking up in a hurry. This match is a large inflection point in the story of the division - Flatirons Rush fell on Saturday in the last contest between these two sides. It set the club back four points behind Red Wolves, with a game in hand. Should Flatirons Rush win, they're right back in the race for the top of the Mountain Division. Should Park City Red Wolves win their second straight and take six out of six available points from their closest challengers, however, and they may begin to run away with the Mountain Division for another season.

Ballard has played two matches. Ballard has won two matches. They still have to catch up in games played before they can technically challenge for the top of the Northwest Division - but on Friday, they can jump past second-place PDX FC in the standings with two games in hand, and just a point behind Capital FC Atletico (3-1-1). A win for PDX simultaneously holds off Ballard surging behind them, and helps them keep pace with CFC. The winner of this match decides who the primary challenger to the top spot becomes.

Who's up for a rematch? South Bend Lions has lost one game this season - to Fort Wayne FC on May 21. Now, they must go into Fort Wayne and take points to keep pace in the Valley Division, and stop their bitter rivals from taking the season series before the summer solstice. Conversely, Fort Wayne can claim bragging rights and a little breathing room on top of the division with a win in this game. Fans from both teams will be packed in and fired up - it'll be a must-see match.