Michigan Away Trip for KHFC Women

Flint, MI (May 31, 2022) - Flint City and Kings Hammer are familiar with each other in USL League Two, now they become foes in USL W League. In 2021, Flint City and Kings Hammer were two of the three Division representatives for the USL2 postseason. Now, Flint and KHFC are seeking to climb the table in USLW for a shot at the W League postseason. This matchup will have 7th-place Flint hosting 8th-place KHFC on Wednesday June 1 at 7:00pm at Kettering's Atwood Stadium.

Flint City AFC started off with a bang, as a 4-2 season debut win over AFC Ann Arbor set the tone. But, since then, Flint has lost four straight matches. While they may be on the unfavorable side of the scoreboard, Flint go down fighting as they have yet to be shutout this season, mainly behind the heroics of Jenna Blackburn's three goals and one assist on the season.

Kings Hammer FC are vying for their first win of the season, and a win that will take them above Flint in the table. Flint is a team that has conceded more goals than any other team in the Division. Jordyn Rhodes, Summer Denigan, and Mandy Schlueter all have a goal each, will be eyeing to add more to their stats and help KHFC get on a winning streak.

This is the first-ever matchup and will play again at the MAC on Tuesday June 21 at 7:00pm.

Notable players:
Jordyn Rhodes (KHFC) - Featured as a "15 Players to Watch" by USL W League; an upcoming senior forward at the University of Kentucky. Rhodes is leads team in shots (9). Rhodes is one of two players to play every minute this season (360).

Lilly Yordy (KHFC) - A redshirt freshman at the University of Louisville, Yordy has played every minute this season (360) as an anchor on the defensive line.

Kings Hammer FC staff and players thank you for your support during the inaugural 2022 USL W League season and hope to see you throughout the season. Find us on Facebook, Twitter, Instagram, and YouTube to keep updated on everything Kings Hammer FC. Contact the the Club for any questions or appearances. 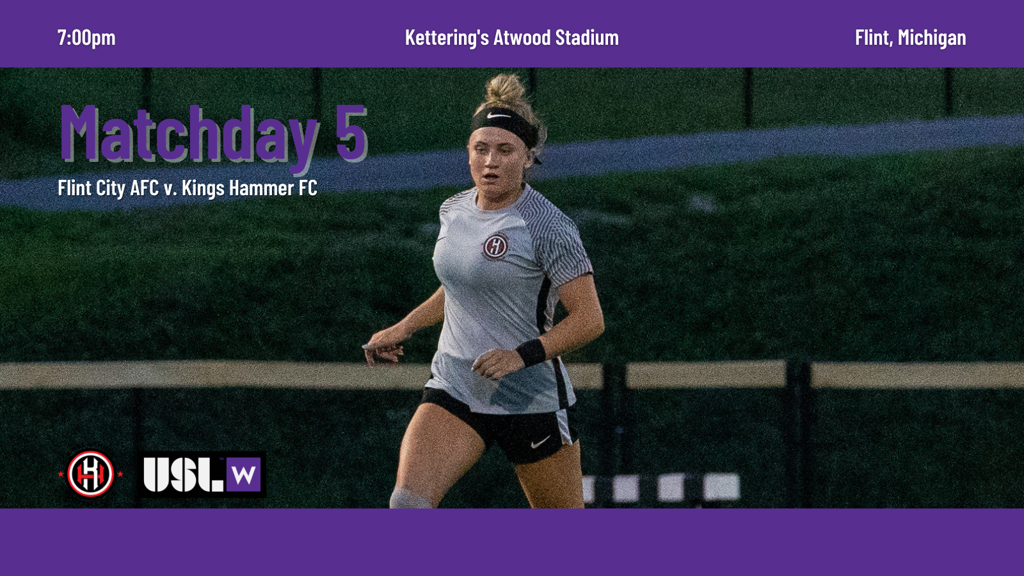