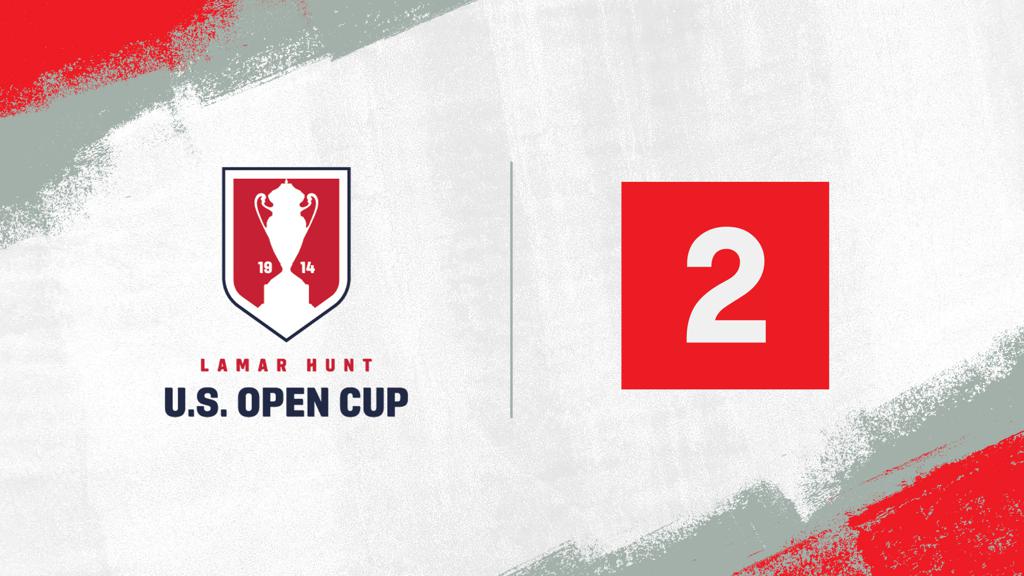 After an exciting first round between pre-professional soccer clubs from around the country, six USL League Two clubs advanced to the Second Round of the Lamar Hunt Open Cup. 11 total League Two clubs competed in the First Round of the tournament, and any that lost didn’t go down without a fight.

The match looked bleak for League Two’s West Chester United SC at halftime. FC Motown led 2-0 at the break, thanks to a stoppage time goal from Joseph Fala. After halftime, the tone of the game shifted dramatically. West Chester scored two unanswered goals in normal time, while Motown picked up four yellow cards in the second half. And while the two goals from Levi Maruca and Blaise Milanek kept the League Two side in the tournament, it was substitute Jacob Gosselin in the 94th minute who sealed the win for West Chester. They’ll now play host to NISA’s AC Syracuse Pulse in the Second Round.

This game was a heartbreaker for Chicago FC United. They had 10 shots on goal, won 11 corners, and only picked up a single booking in the match. An early goal from Mounir Alami seemed to set the tone, as Cleveland’s Conor Cable was forced to make nine saves in the match. But in the end, it was a 90th minute goal from Cleveland’s Mike Derezic, and a 107th minute winner from Vincent Bell to end Chicago FC United’s run in the tournament.

Once the Villages started scoring, there was no catching them in this match. Daniel Farias contributed to three of the six goals, scoring one and assisting on two more, while teammate Rafael Vacas finished off a brace in the 63rd minute. In the second half, the scoring was all cleaned up when Payton Rausch, who was brought on for goalscorer Jose France, netted one of his own in the 84th minute. The Villages SC will now take the short trek to St. Petersburg to take on the USL Championship’s Tampa Bay Rowdies in the Second Round.

Sometimes, the bar makes all the difference. The first half saw both the live-play goals, while the second half was a story of inclement weather and missed chances, as neither side could get a challenging shot on goal for most of the second half. As the rain was coming down sideways in Ocean City, New Jersey, extra time featured much of the same. In the penalty shootout, it all looked to be wrapped up when Emanuel Teixeira pinged his penalty attempt off the crossbar after sending the keeper the wrong way to keep it 2-1 in favor of Lansdowne after three attempts. A score from Kyle Parish made it 3-1 Lansdowne, and it all looked wrapped up, until Nico Tramontana and Kyle Galloway came storming back with makes of their own. In the end, a conversion from Lansdowne’s Shamir Mullings, and a miss from Ocean City’s Leandro Louro sent Nor’easters out early.

A registration issue caused the match to officially go down as a 1-0 forfeit in favor of NC Fusion U-23 - however, the two teams decided to play an exhibition match in front of the crowd of around 2,000 that showed up. It ended in a 3-1 win for NC Fusion U-23 after extra time. Fusion didn’t equalize in the exhibition until 82’, and the playoff rematch ended in another late thriller. NC Fusion U-23 will now move on to play USL League One’s Charlotte Independence in the Second Round.

Western Mass Pioneers used a punishing counterattack and a bend-don’t-break defense to hold off Brockton FC United. Brockton had 67% of the possession in the match, but was only able to rack up a single shot on target, which was saved by Jermaine Fordah. It didn’t help Brockton’s case for center back Rudney Delgado to be sent off in the 44th minute – Western Mass winger Gabriel Ganzer scored straight out of halftime for the first goal of the game. The play went down to 10v10 at 71’ however, as Western Mass midfielder Joshua Calderon was shown a second yellow card for a bad foul. A 90+5 goal from Jacob Mannix sealed the win for the League Two side, and they’ll play NISA’s Flower City Union next round.

One of the more thrilling First Round matchups in Open Cup history. Minneapolis opened the scoring with a world-class strike from Lionel Vang. The 31-yard free kick sent a laser past Felix Schäfer, putting the League Two expansion club ahead of the defending League Two champions in their first-ever Open Cup match. Maximiliano Galizzi equalized, and the two clubs traded goals one more time to make it 2-2 with just under half an hour to play. At 58’, Des Moines substituted Italian forward Alessandro Salvadego into the match, and he made all the difference. In his short 32 minutes on the pitch, he smashed home two goals to give the reigning League Two champions the advantage for good. They’ll move on to play USL League One’s Union Omaha in the second round, where Des Moines will face former teammate Hugo Kametani.

Portland’s Quinn McCallion was under constant pressure in goal during this match. Contra Costa held 63% of the ball, and took 22 shots, 7 of which required action from McCallion. He was able to save six of them, and that was just enough to give Thomas Peterson and Eduardo Sanchez the opportunity to get forward and send Portland Timbers U-23 to the next round. They’ll move on to face the USL Championship’s Sacramento Republic in the Second Round.

The comeback for League Two’s Park City Red Wolves came up just short of a miracle as they nearly dug themselves out of a 3-0 hole. The first frame belonged entirely to Las Vegas, and a Roberto Soto goal made it 3-0 by the time the match hit the 70’ mark. Substitutions of Ben Walter and Jack Terrill seemed to turn the tide of the match for Park City, as Walter notched an assist shortly after coming on. Park City scored again at 90+2 when a set piece led to a Kevin Jara-Collante goal to make it 3-2. Unfortunately, the Mountain Division side couldn’t complete the comeback, and their tournament run ends in the first round.