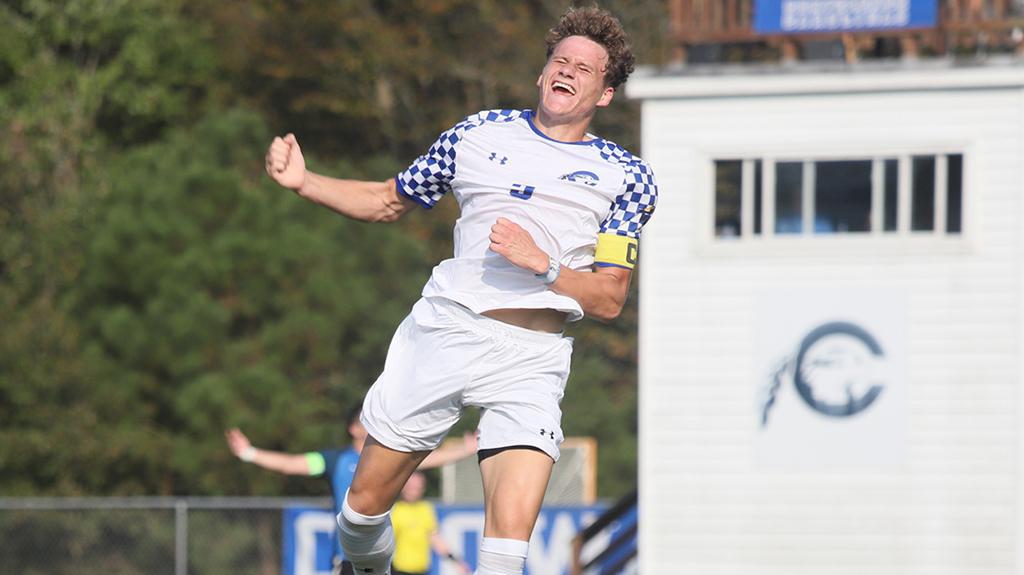 Sims is a native of Tuxford, England, who played collegiately for Chowan University in Murfreesboro, N.C. While in college, he was an All-Conference Carolinas selection all five seasons — four on the First Team. He was also a Third Team Division II All-American in 2019 and the Conference Carolinas Defensive Player of the Year in 2021, a season in which he led the team with 11 goals.

Sims was selected as the League Two Defender of the Year after helping lead the Bantams to the Deep South Division title and a place in the 2021 USL League Two Playoffs. United conceded only 18 goals in the 13 games Sims appeared in, and lost just twice on the way to the division title.

“Toby is a player who takes pride in his defending but can also impact the game going forward,” said Hounds Head Coach Bob Lilley. “He is growing quickly with our group, and we are excited to see him contribute during the 2022 USL Championship season.”

Vosvick hails from Phoenix, Md. and was a standout goalkeeper in a five-year career with Loyola University (Md.). He was selected as the Patriot League Goalkeeper of the Year in four of his five seasons, earning Second Team All-Conference honors the remaining year.

In addition to the conference honors, Vosvick was named to the MAC Hermann Trophy watch list ahead of his senior season. He finished his career with just 72 goals allowed in 73 games, and in 2021, he led Loyola to the Patriot League title and the NCAA Tournament, where the Greyhounds played North Carolina to a 0-0 draw before being eliminated on penalty kicks.

“Chase is a young keeper who works his tail off and will continue to get better because of his habits,” said Lilley. “His mindset is a good fit with our team, and we look forward to seeing his development in 2022.”

A native of Buford, Ga., Biasi completed his college career at Syracuse University, where he started 17 of 18 games as a graduate transfer with the Orange. Prior to Syracuse, he played four seasons and graduated from the University of Memphis, where he started 41 of 49 appearances in his career. He had a goal and two assists in his time at Memphis, and in his 2019 junior season, he helped lead the Tigers to host the American Athletic Conference title game as they finished with their first 10-win season in eight years.

“Luke is a hard-nosed player with good pace,” said Lilley. “He excels in 1-v-1 situations at both ends of the field and will grow quickly as he learns our system. It will not be a surprise to see him earning important minutes in his first year here in Pittsburgh.”

Ybarra is an Ann Arbor, Mich. native who finished his five-year career as a record-setter at his hometown University of Michigan. A two-time First Team All-Big Ten selection and the 2021 Big Ten Midfielder of the Year, Ybarra is the Wolverines’ record holder for games played (91), starts (90) and minutes (7,655), and he is second in school history for assists with 24.

In Ybarra’s time at Michigan, the Wolverines reached the NCAA Tournament three times and finished with a winning record all five seasons. In his first two college seasons, he operated in the midfield alongside former Hounds midfielder and Pittsburgh native Robbie Mertz.

“Mark has had a solid preseason and is very comfortable on the ball,” said Lilley. “His decision making and ability to deliver a pass should help him earn valuable minutes in a very talented group of midfielders.”