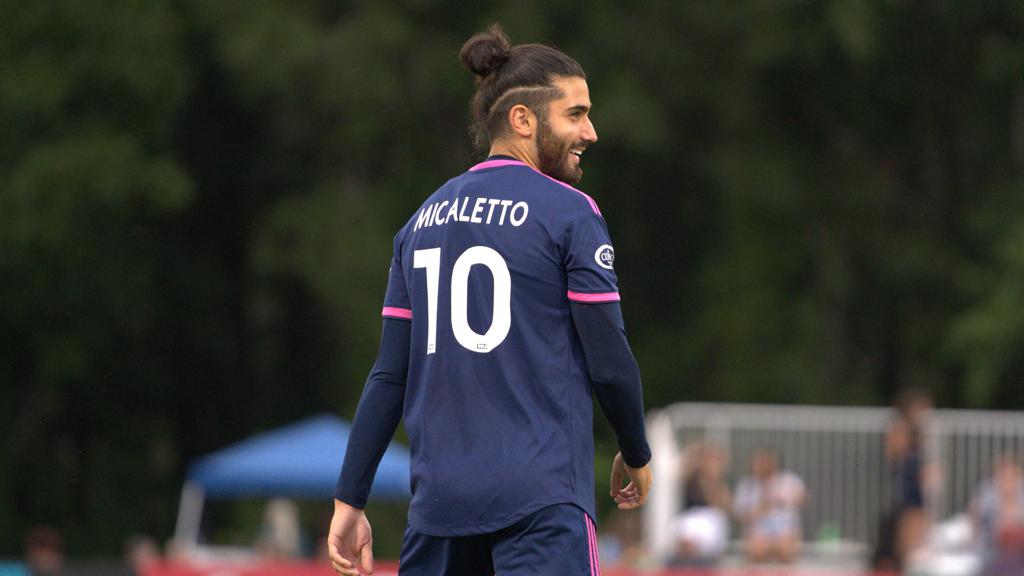 Micaletto is one of the most decorated and respected footballers to wear the magenta and blue. The 26-year-old midfielder joins the Columbus Crew organization after a record-breaking season in USL League One where he scored 11 goals and earned a spot on the 2021 All-League First Team.

"Tormenta FC strives to be a platform for young talented players to gain pro experience, improve on and off the field, and be better equipped when an opportunity to join a bigger club arises,” Head Coach Ian Cameron commented. “Marco deserves this opportunity because he has fully embraced that process. Last season was Marco’s best one on record for Tormenta production-wise, and that was the culmination of work by Marco and by the club.

“We will miss him, of that there is no doubt, both on the field and in our community. But rest assured, Tormenta Nation will be supporting him every step of the way as he aims to prove himself at Columbus Crew. His pathway is one we aim to replicate with many more young talents like Marco."

The rising talent departs South Georgia with 85 matches played in USL League One and USL League Two, ranking third in club appearances. Micaletto leads the Tormenta FC record book in overall goals scored with 26 and most USL League One assists with seven. Notably, the midfielder also holds the club record for the fastest USL League One goal, scored in one minute and 49 seconds against the Richmond Kickers on July 24, 2021.

“Marco’s contribution to South Georgia Tormenta FC over the last four years cannot be overstated,” Tormenta FC Co-Owner Darin Van Tassell said. “His legend is indelibly etched into the memories of everyone who loves the club. We couldn't be happier with what Marco has contributed to Tormenta Nation, and we know Marco is taking an important step in his evolution as a player.

“Marco is a committed athlete, who gives his all to the game and is loved by our fans as a player and as a person. The Columbus Crew organization is getting a wonderful addition – as well as what I imagine will be a whole new fan base in Tormenta Nation.”

The Italian first joined Tormenta FC in the summer of 2018, quickly becoming a core element of Tormenta FC 2 in USL League Two. The Italian midfielder tallied four goals and two assists to help Tormenta FC secure its first-ever title as champions of the Deep South Division. After an impressive season with TFC 2, Micaletto signed his first professional contract with Tormenta FC’s USL League One team where he assisted the first goal in league history in March 2019.