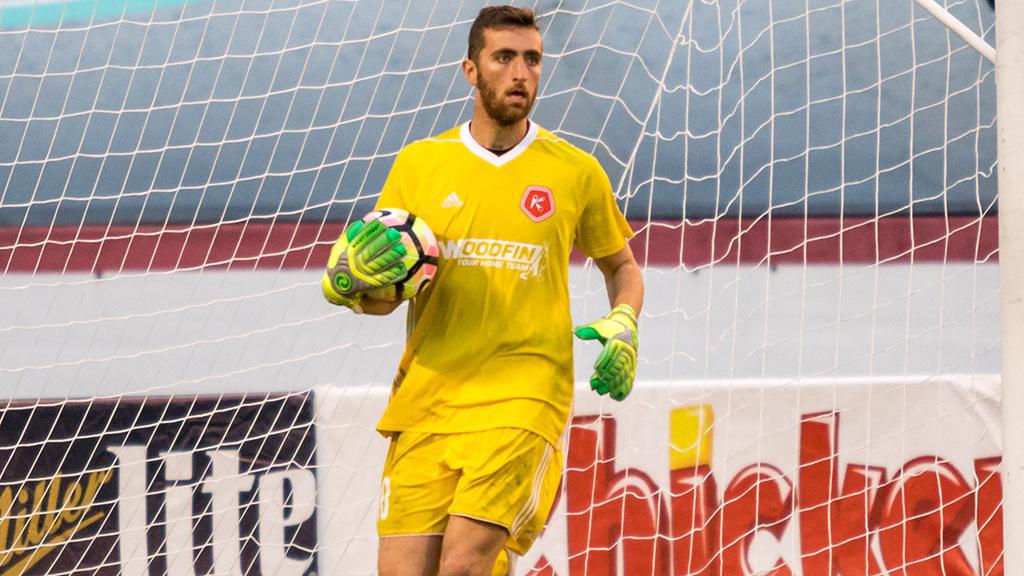 It’s fair to say when Matt Turner first arrived at the Richmond Kickers on loan in the USL Championship on April 29, 2016, the possibility that one day the 21-year-old goalkeeper would be competing in the Premier League was not on the radar.

On Friday, however, it became a reality when Turner’s transfer to Premier League power Arsenal from the New England Revolution this June became official, continuing the current U.S. Men’s National Team standout’s remarkable ascent in the professional ranks.

By most standards, Turner was a late arrival to the competitive game.

“The reason I got into soccer in the first place was because of the [USMNT’s] World Cup run in 2010,” he said prior to his USMNT debut just over a year ago in an exhibition against Trinidad and Tobago. “It's something that's always been so special to me, and it's what ignited me to become passionate about this game. And 11 years later, to be able to have the chance, even, to wear the crest on a match day is nothing short of a dream come true.”

He got to work, and earned a college opportunity at Fairfield University – the only school to offer him a scholarship – where he served as a back-up for his first two seasons. Before his junior year, he joined USL League Two club Jersey Express for the 2014 season and made 14 appearances for the club, recording three shutouts and 64 saves as the side won the Mid Atlantic Division and the Eastern Conference before being eliminated by eventual title-winner the Michigan Bucks. 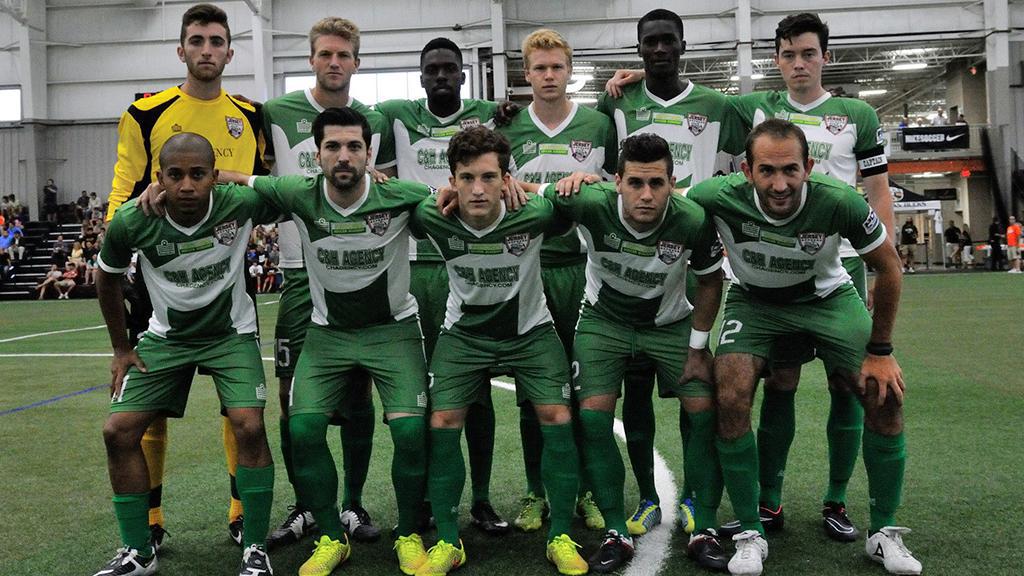 After posting a 0.50 goals-against average and an 88.6 save percentage for Fairfield the following fall, Turner returned to the Express the following summer. With consistent on-field action the best opportunity to grow, he made another 11 regular-season appearances for Jersey, recording 55 saves, four shutouts and another League Two Playoffs appearance before falling in the Eastern Conference Final to the New York Red Bulls U-23s.

Another stellar fall season for the Stags as a senior followed, but when the 2016 MLS SuperDraft arrived, Turner didn’t hear his name called. Despite that, he signed professionally with the Revolution that spring joining a club that was at the time coached by current Birmingham Legion FC President Jay Heaps. With minutes still key to his progression, soon after came Turner’s first loan spell with the Richmond Kickers in the USL Championship that spring.

Training with the Revolution while competing for the Kickers meant Turner racked up plenty of miles on the road, but it offered professional competition and the chance for New England goalkeepers coach Remi Roy to watch remotely and offer tips to improve. Turner shone in limited action for Richmond that season, making seven appearances but conceding only three times while recording 21 saves – an 87.5 save percentage and goals-against average of 0.43.

The following year Turner got more chances in Richmond, making 20 appearances and recording 60 save, maintaining a 72.4 save percentage. His play stood out to Heaps, but a debut at the MLS level didn’t arrive.

Upon former USMNT goalkeeper Brad Friedel’s appointment as Heaps’ successor as New England’s Head Coach the following offseason, that doubt was removed. Turner made 27 appearances for the Revolution in the 2018 season and has now made 97 appearances in the regular season and six more in the Audi MLS Cup Playoffs. Last season he was awarded the MLS Goalkeeper of the Year award while leading the Revolution to its first MLS Supporters’ Shield, while making his mark for the United States Men’s National Team in both the 2021 Concacaf Gold Cup and more recently in FIFA 2022 World Cup Qualifying. 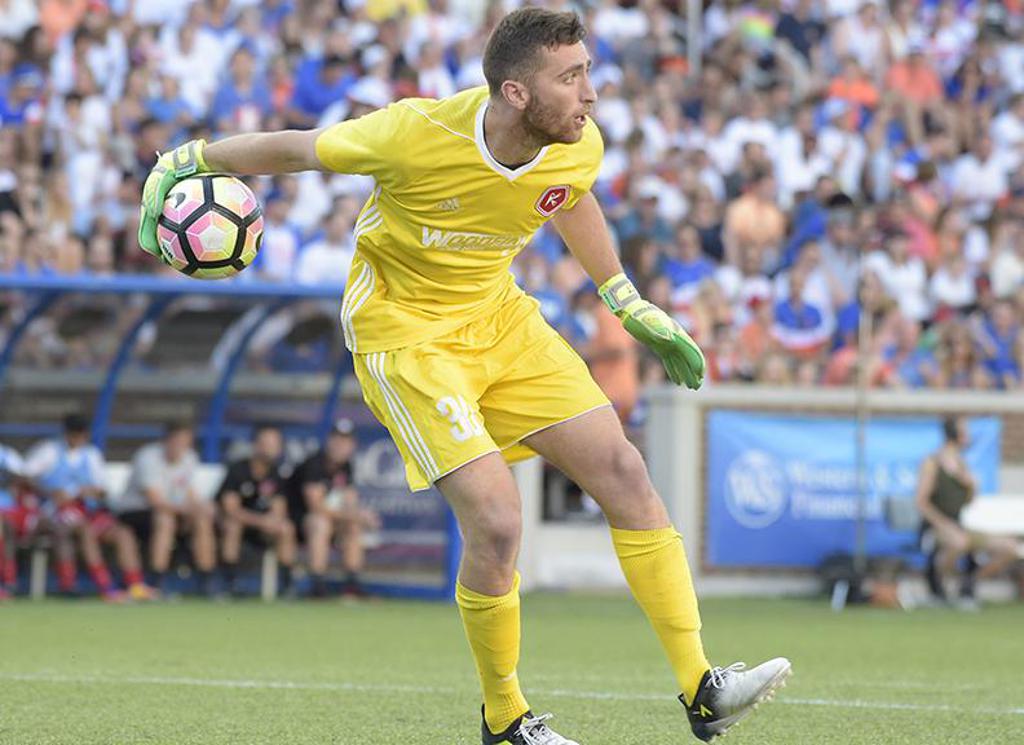 Matt Turner made 27 appearances on loan with the Richmond Kickers in the USL Championship over two seasons to begin his pathway up the professional ranks. | Photo courtesy Brett Hansbauer / FC Cincinnati

Championship alumni, meanwhile, can be found at numerous top-flight clubs in Europe with the likes of 2016 title-winner Tyler Adams (RB Leipzig), Alphonso Davies (Bayern Munich) and Brenden Aaronson (Red Bull Salzburg) among a growing contingent that began their careers in the league. More recently, former Louisville City FC defender Jonathan Gomez and current Orange County SC defender Kobi Henry became the first Championship players to be called up to the U.S. Men’s National Team, with Gomez making his debut against Bosnia and Herzegovina in December before his move to Real Sociedad in January.

After being inspired by the 2010 edition of the tournament, Turner’s path now seems set to take him to Qatar this November should the United States complete a successful qualification campaign in the coming months.

“The World Cup is where I fell in love with soccer,” Turner told ESPN’s Sam Borden recently on Futbol Americas. “I have such vivid memories of that 2010 World Cup, so to then fast-forward 12 years to if I had that opportunity to be on that field when the whistle blew, it would be something out of a children’s story book, for sure.”