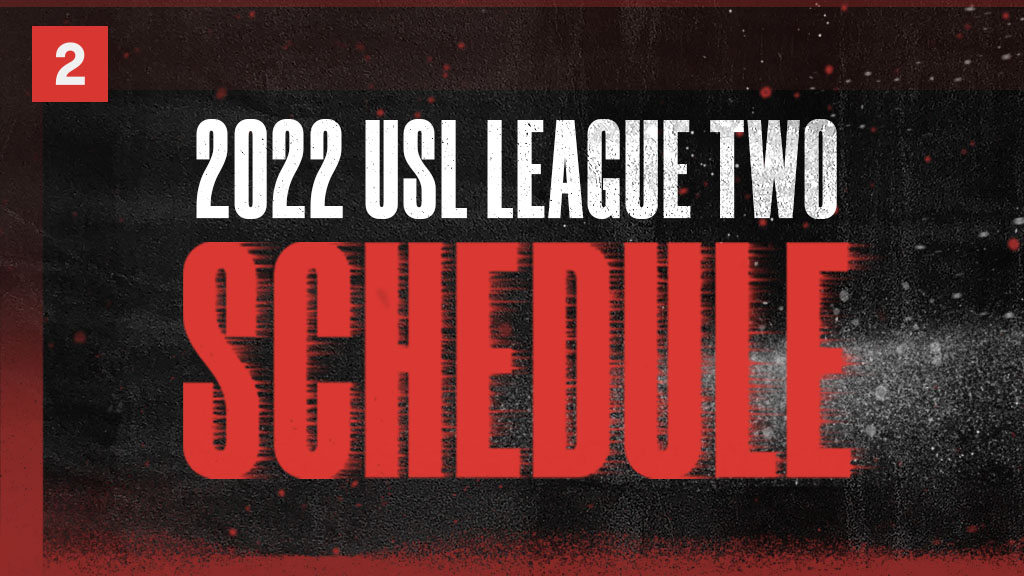 TAMPA, Fla. – The United Soccer League (USL) today announced the schedule for the 2022 USL League Two season. As the foremost pre-professional soccer league in North America, the 2022 season will be the most expansive to date – featuring over 800 matches and more than 110 teams.

Spanning 11 weeks, the 14-match regular season will kick off with Northern Virginia FC hosting newcomers Commonwealth Cardinals FC in an intrastate clash of Chesapeake Division opponents on May 1. The regular season will feature 479 matches played on Friday, Saturday or Sunday and will conclude on July 17 with 10 matches on the day.

With more than 35 clubs set to compete in the league for the first time this season, League Two is further expanding its reach in the pre-professional ranks by admitting clubs both established and on the rise from across the country.

“It’s a testament to the collective effort taken by everyone over the last few years that League Two will embark on one of its most historic years,” said USL Vice President of Pre-Professional and Youth, Joel Nash. The historic clubs that have laid the foundation are now joined by exciting clubs that will bring a new level of soccer to their communities. We’re delighted to watch and celebrate the stories that will be told on the field and in the communities this season, all topped off by the League Two Final in August.”

The 2022 season marks the continuation of the partnership between League Two and live-streaming platform ELEVEN (formerly MyCujoo), which will expand access to games for fans of the league by ensuring all member clubs have the necessary tools to stream and share their games.

Additionally, League Two has continued its partnerships with FootballISM to enhance scouting and talent ID efforts and Passage as the official ticketing partner of the league.

The United Soccer League will announce the schedule of the Mountain Division in the coming weeks.