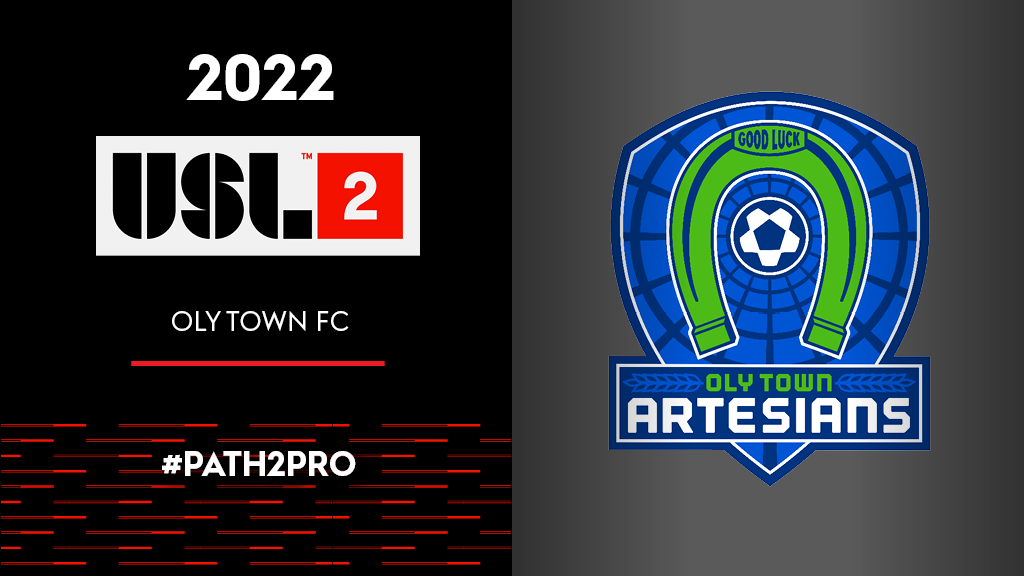 “The Oly Town FC ownership group is excited to bring the Olympia community into the national soccer market,” said Club Owner Ryan Perkins. “We believe this move exemplifies the true desires of this region - to provide high level soccer opportunities and impact the youth that play soccer between Seattle and Portland.”

Oly Town started as in indoor soccer club in 2014 and progressed into a multi-faceted program offering adult indoor and outdoor soccer in the Evergreen Premier League of Washington in 2017. The club has since added a women's outdoor premier program in the Northwest Premier League and a women's and men's indoor team competing in the Western Indoor Soccer League.  Oly Town’s men's outdoor program will join USL League Two in 2022 for its inaugural year.

Oly Town FC has had many players move into front office and leadership positions in order to create a business integration that keeps staff motivated, fresh and aware of the difference of goals between the organization and the players and coaches. Most of the staff have ties to local high schools, local youth soccer clubs, work for or own small local businesses and contribute to many sides of the community.

In joining League Two, Oly Town FC will offer a tried and tested pathway to professional soccer for its players, both those at the elite collegiate level and the top academy-age players in the greater Olympia, area. On top of the valuable experience of playing in the nation’s most competitive pre-professional environment, League Two also provides growth opportunities for its coaches, executives, and communities.

“We couldn’t be more thrilled to add another community-focused club in Oly Town FC”, said USL Vice President of Pre-Professional and Youth, Joel Nash. “Olympia and the surrounding communities have a strong soccer following and we look forward to watching the league thrive for many years to come.”