Boston-based club to join the Northeast Division out of Massachusetts 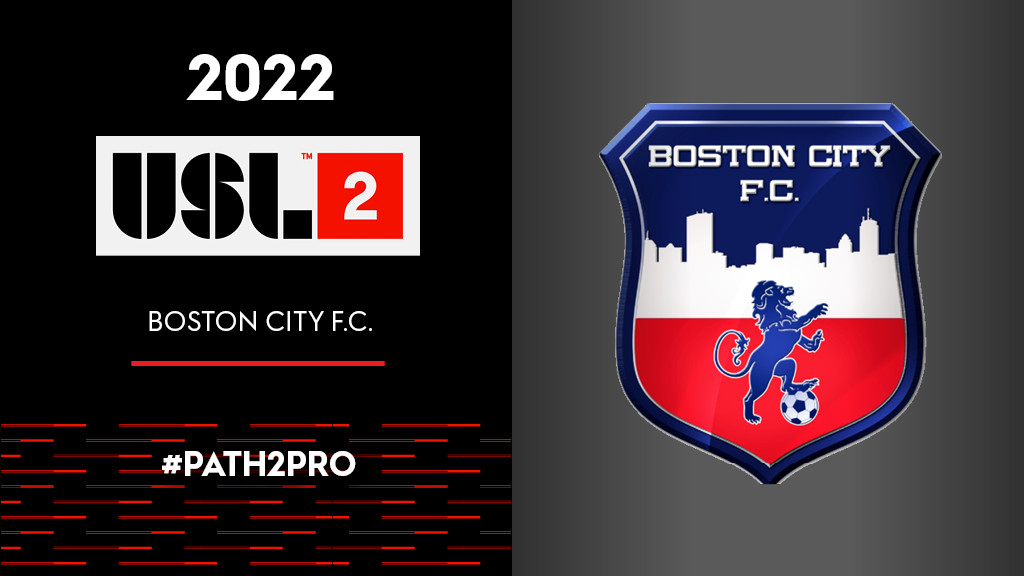 “I believe that participation in the league will be a great differentiator for the club,” said Boston City FC owner, Renato Valentim. “Looking to the future, I believe that this transition to USL League Two will be the club’s first step towards reaching a higher level of soccer.”

Boston City FC was founded in April 2015, by Valentim, a successful real estate entrepreneur and owner of the Tavern in the Square restaurants. A soccer fan since childhood, Valentim wanted to create an organization that would educate and develop soccer, teamwork, and leadership skills in youth while providing affordable entertainment to the public and strengthening Boston’s love for soccer. In 2018 Boston City FC launched its Brazilian sister club, located in Manhuaçu in the state of Minas Gerais, that focused on building from the ground up, establishing an academy, training center, and an opportunity for players to play for both the North and South American clubs, as well as to enhance their profiles and individual careers.

By joining League Two, Boston City FC will offer a tried and tested pathway to professional soccer for its players, both those at the elite collegiate level and the top academy-age players in the Greater Boston area. On top of the valuable experience of playing in the nation’s most competitive pre-professional environment, League Two also provides growth opportunities for its coaches, executives, and communities.

“Boston City FC, from day one, has been a club that has communicated a vision of what we would like to see represented as member of League Two,” said Joel Nash, Vice President of USL Pre-Professional and Youth Properties. “The club has a history of pursuing excellence on and off the field that will be exciting to see play out for this and future seasons. The club has big plans and ambitions that match what the league is looking for and we are excited to support Boston City FC as a member for many years.”