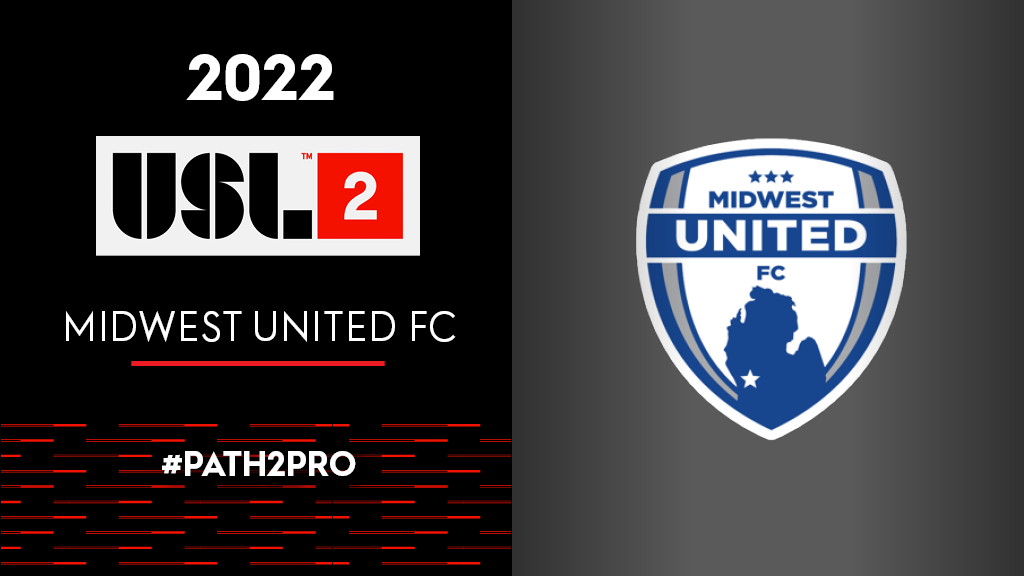 “We are thrilled to be joining the elite senior team ranks in USL League Two this summer,” said Lewis Robinson, Director of Coaching for Midwest United. “We are excited to align with USL’s high standards and values and provide the elite level of soccer to our west Michigan community. The league partnership will offer our elite players the complete developmental pathway from entry level to senior level soccer and will offer our Midwest United FC community the opportunity to support their very own team in the summer months. Our goal is that our club will continue to develop high level players that can aspire to represent us at the USL League Two level, as we give back to our community and city. We can’t wait to get onto the field in 2022 to represent Midwest United FC!”

Founded in 1990, Midwest United FC, formerly Grand Rapids Area Soccer Association, was the first youth soccer club in Grand Rapids and has since become one of the Midwest's top clubs for player development. Through its longstanding history in the game, Midwest United FC has worked diligently to make each of its players as successful as possible by providing opportunities for player development and confidence building through an established coaching philosophy and dedicated staff.

Through the use of the club’s core values of loyalty, respect, work ethic and humility, Midwest United FC hopes to promote the growth of, and appreciation for, the game of soccer.  The club prides itself on its mission to foster an environment of sportsmanship, skill, and understanding of the sport to establish a united approach to player growth at all levels of the game.

Beyond player development, the club offers over $75,000 in need-based scholarships a year to help make the game more accessible to all community members and local athletes. Furthering its investment in the community, the club also funds grassroots coaching courses for its experienced academy players, who in turn volunteer their time to help with grassroots programming for local youth players.

“Midwest United FC is a perfect example of a club whose mission goes far beyond the pitch,” said Joel Nash, Vice President of Youth & Pre-Professional. “The club’s leadership has shown its commitment to growing the game at all levels for all players by providing financial assistance to its membership and fielding a team in both our men’s and women’s pre-professional leagues. We are excited to see what this club will accomplish as we head into the new year.”