Based in Burlington, the club will compete in the Northeast Division beginning in 2022 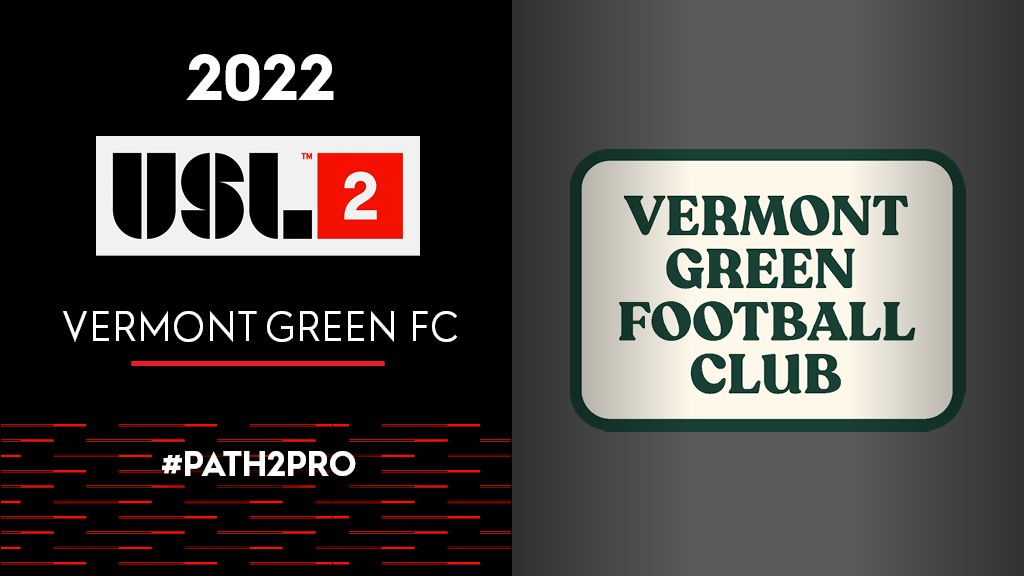 BURLINGTON, VT - The United Soccer League (USL) today announced Vermont Green FC as the latest club to join USL League Two. The club will compete in the Northeast Division beginning in the 2022 season and will become the first League Two team out of Vermont.

As a brand-new club, Vermont Green FC prides itself on the mission of using football as a catalyst to uplift the community through social inclusion and environmental stewardship initiatives that honor the unique spirit of Vermont. The club aims to bring a competitive on-field product to its community while also embodying the pride and character of Vermont through its inclusive, impassioned soccer culture.

In joining League Two, the club will now provide opportunities for local players to pursue pre-professional careers in the sport of soccer while using the game to unite fans around causes beyond the pitch.

“We are pursuing this development through an environmental justice operating framework, which we believe provides us with the best path forward towards fulfilling our vision of an environmentally-sustainable and socially-just world,” said Keil Corey, co-founder and sustainability lead for Vermont Green FC.

The League Two platform will supply Vermont Green FC with the necessary tools to advance on its mission of social inclusion and environmental stewardship while also providing avenues for players and coaches to reach their highest potential in the game.

“We are thrilled to welcome Vermont Green FC to the League Two family for the 2022 season,” said Joel Nash, Vice President of USL League Two. “Vermont Green FC will be a fantastic model of what it means to excel both on and off the field with its player development focus and dedication to its community. We are excited to watch the club grow the pipeline of talent out of Vermont during the upcoming season.”

Through membership in League Two, Vermont Green FC will offer its players a proven pathway toward a career in professional soccer. In addition to the value of competing with the nation’s most competitive pre-professional teams, Vermont Green FC will also see the benefits of the league’s ability to create growth opportunities for its coaches, executives, players and communities.