26 Teams to Compete to Reach the 2021 League Two Final 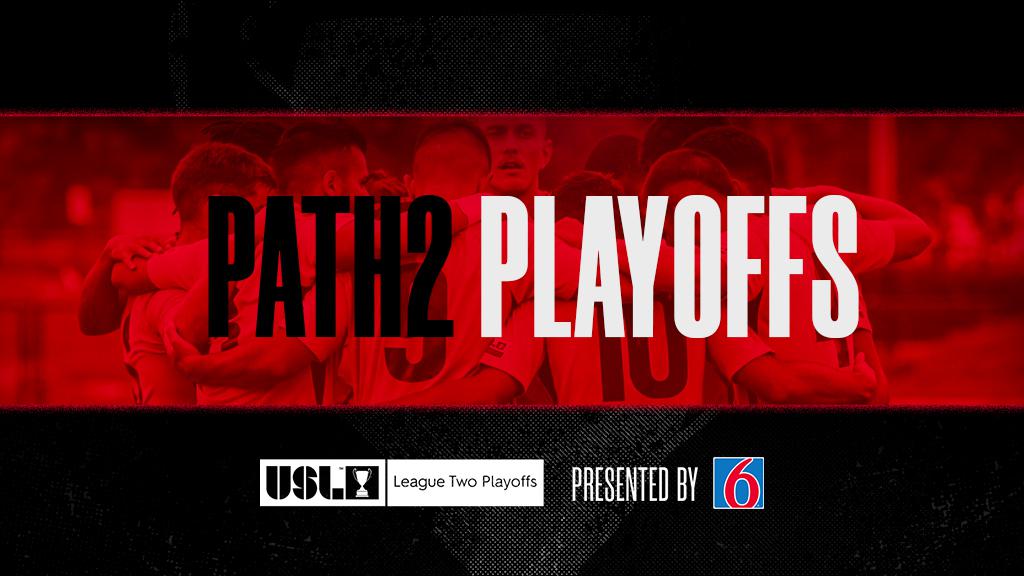 With the 2021 USL League Two regular season coming to a close, the teams now set their sights on this year's playoffs. USL League Two is excited to announce the match details for the first round of playoff action starting on July 16. 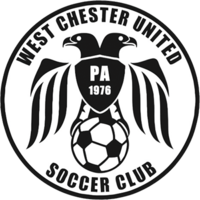 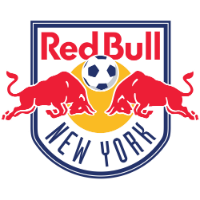 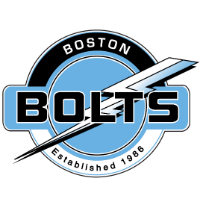 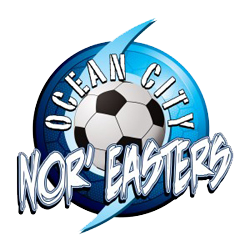 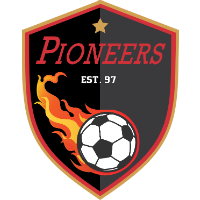 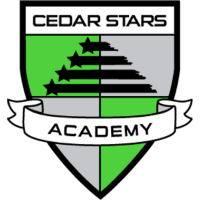 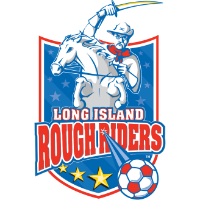 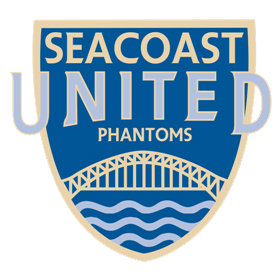 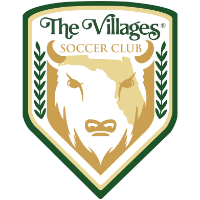 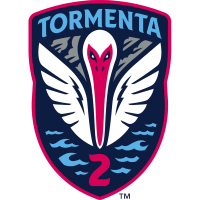 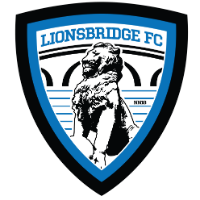 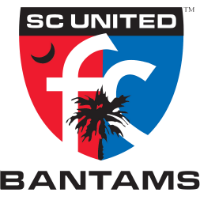 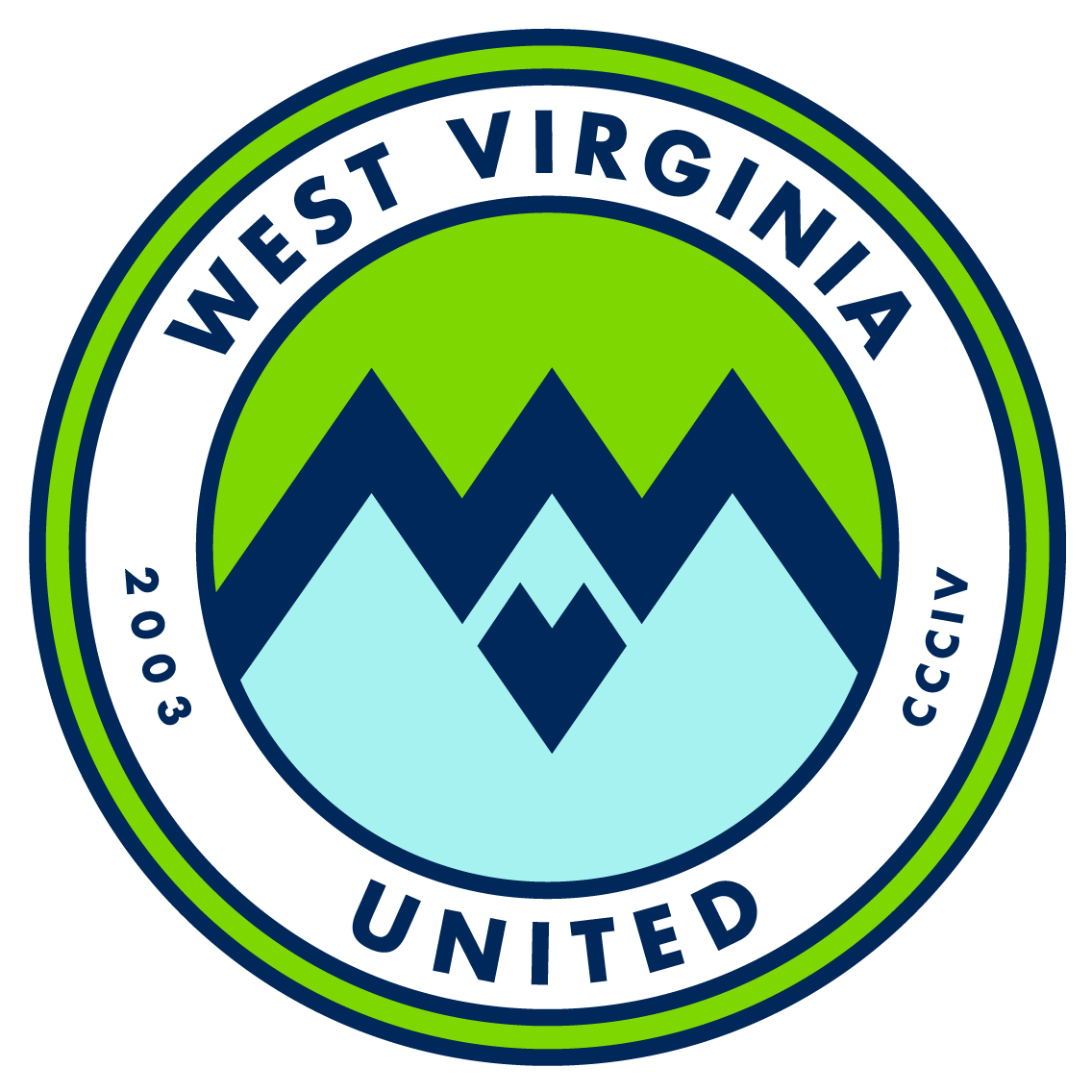 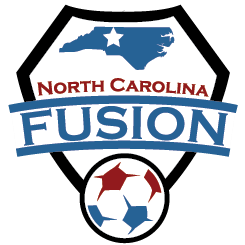 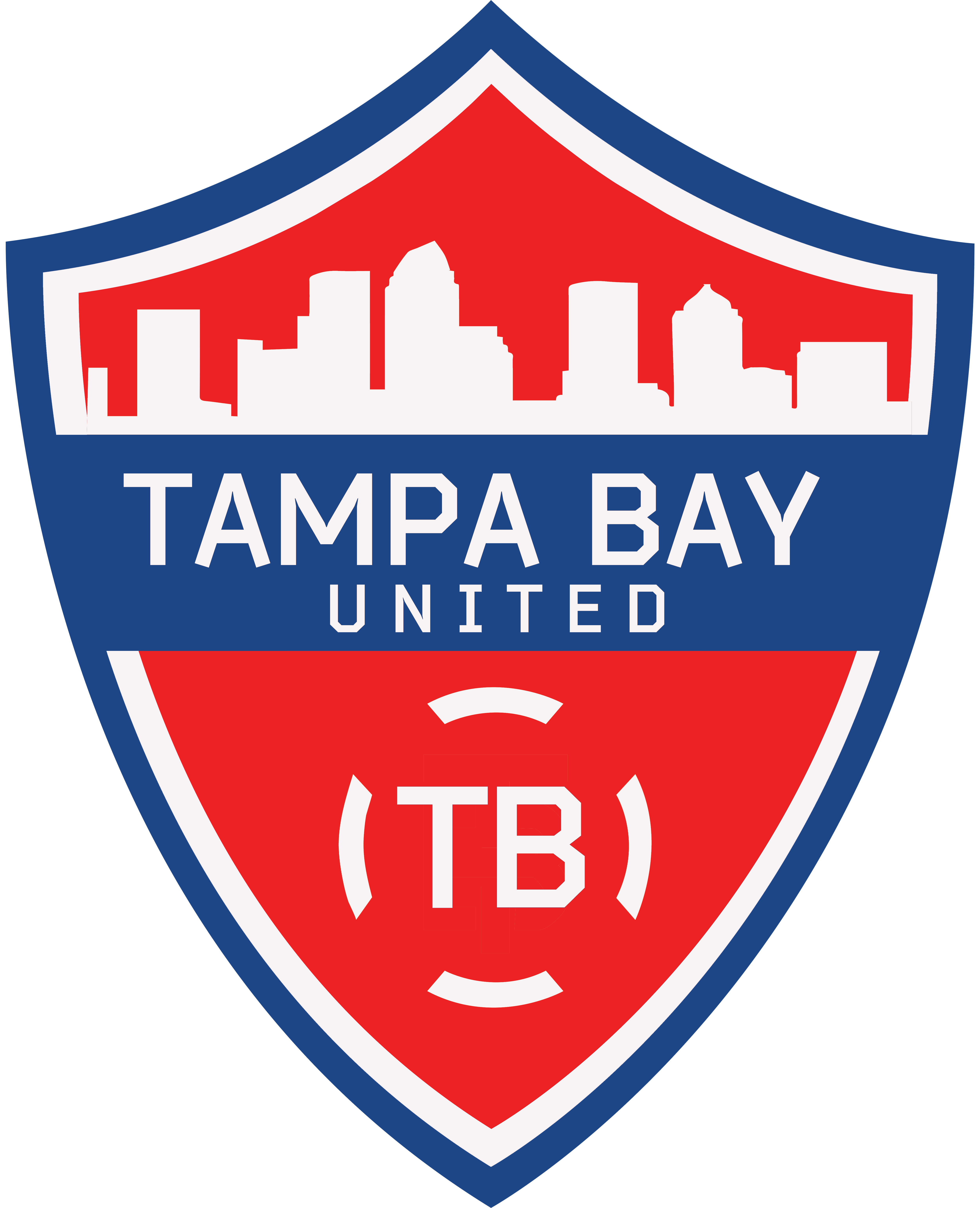 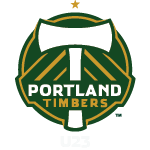 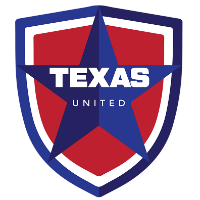 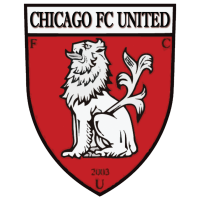 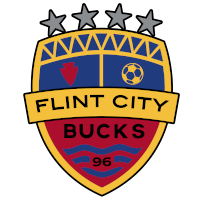 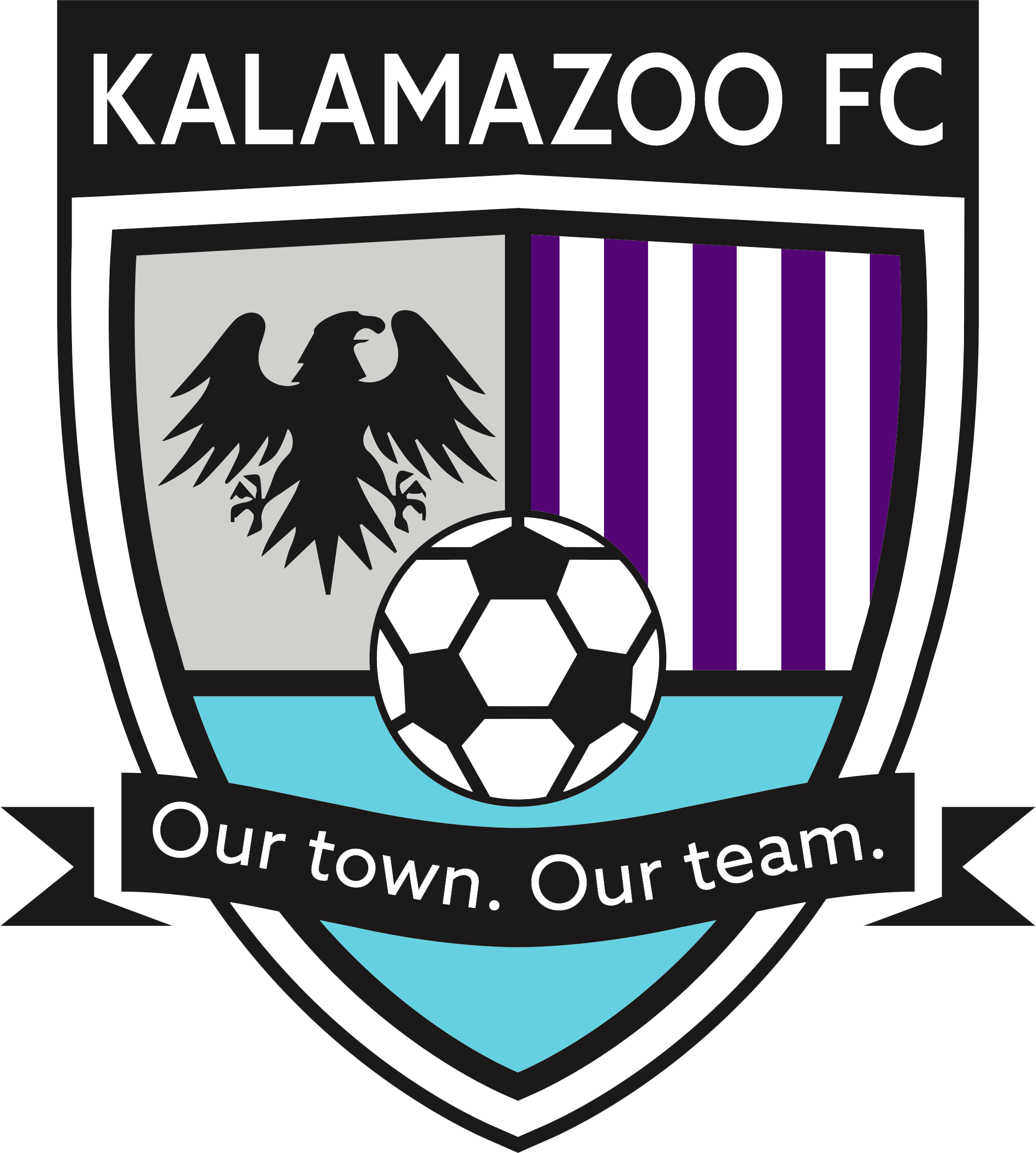 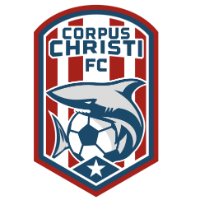 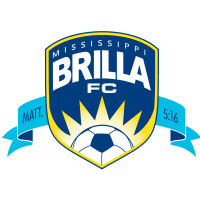 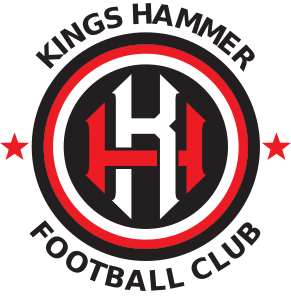 Mid Atlantic Division Champions West Chester United SC will take on the New York Red Bulls U23 in the first round of the 2021 playoffs. West Chester has been one of the most competitive teams in the league this summer posting a regular season record of 11-1-2 and only conceding six goals in 14 games. The Red Bulls earned themselves a late berth into the playoffs having only qualified on Tuesday night after defeating New Jersey Copa FC for the last playoff spot in the Metropolitan Division. With a spot in the Conference Semifinals on the line, both teams are ready to lay it all out on the field on Saturday night to inch one step closer to the League Two Finals.

The Boston Bolts and Ocean City Nor’easters will face off in one of the most competitive matches of the Conference Quarterfinals on Saturday night. Both teams recorded similar records in the 2021 regular season with the Bolts posting a record of 10-3-0 and the Nor’easters with a record of 9-2-3 with both teams finishing with 30 points on the season. The Nor’easters have shown a bit more initiative in the attacking half putting up 40 goals in 14 games giving them a slight offensive edge over the Bolts. However, both teams are looking to avenge their shortcomings from previous playoffs in hopes of reaching the 2021 League Two Final.

The Metropolitan Division Champions take on the Eastern Conference wild card pick for the first round of the Conference Quarterfinals. The Rough Riders have been one of the strongest teams in the league in the defensive half only conceding seven goals in the regular season. On top of that, the team has only recorded one loss in the 2021 regular season earning them a division title and a trip to the playoffs. On the other hand, the Seacoast United Phantoms come into the Conference Quarterfinals as the only wild card pick in the league with a regular season record of 8-3-2. Although the Rough Riders look to be the favorite to take this match, the Phantoms are looking to defy the odds and advance to the 2021 Conference Semifinals.

The Western Mass Pioneers secured the title of Northeast Division Champions on July 9 in a 4-1 win over Black Rock FC. Now, the team has its sights set on bigger goals but they can’t get too far ahead of themselves before taking on their Friday night match against the Cedar Stars Rush. The Rush have been pretty consistent in the regular season posting a record of 8-3-3 and finishing second in the Metropolitan Division. However, if Cedar Stars Rush wants to see its playoff run stay alive, the team will need to take greater control of the ball in a game that will test every aspect of their on field product.

The Villages SC has secured the Southeast Division title for the second year in a row heading into the League Two Playoffs. The Florida-based team has absolutely smashed their competition in the regular season posting a record of 8-1-1 while conceding the fewest number of goals in the entire league with only five goals allowed in 10 games. The team isn’t quite done competing yet as they prepare to face East Atlanta FC, a new League Two club, for the first round of the Conference Quarterfinal. Although East Atlanta is starting its playoff run in the No. 8 seed, the team has put up an impressive fight in its inaugural season and will no doubt give The Villages SC a run for its money on Saturday evening.

Lionsbridge FC and South Georgia Tormenta FC 2 both finished their seasons strong with second place finishes in their respective divisions. Now, the teams will come together on Lionsbridge’s home field to settle the score of which second place team will become a first place finisher and go on to compete in the Conference Semifinals. In looking at the regular season, the teams are pretty evenly matched on the offensive front, however it seems that Tormenta may have the slight advantage when it comes to defensive strength. The fans must also consider the fact that Lionsbridge will be playing on its home field while Tormenta will be taking on the task of learning a field they have not stepped foot on this season.

South Atlantic Division Champions and top goal scorers of League Two in 2021, North Carolina Fusion U23 will square off with underdogs Tampa Bay United in the first round of playoffs on Friday night. The Fusion have been an absolute sight to see this year putting up a whopping 44 goals in 13 games. The team has been pretty consistent on the pitch only losing two matches during the regular season. However, the playoffs wouldn’t be complete without an underdog, which has been the story of Tampa Bay United’s season as they pulled together their squad halfway through the season to record some stunning wins earning them a spot in the playoffs. If Tampa Bay wants to continue exceeding all odds, the team must come out of the gate in peak form on Friday evening.

Deep South Division Champions and host of the Southern Conference Quarterfinals, SC United Bantams will host West Virginia United for the first round of playoffs on Friday night. The Bantams finished out its regular season strong only losing one game all summer and ending with a regular season record of 11-1-2. Although the team claims the No. 1 seed heading into the Quarterfinals, they must not sleep on No. 7 seed West Virginia United as the team has proven to be a force to be reckoned with on the pitch, especially in the offensive half. The key to a win in this match will be a strong defense and a winning mentality.

Perhaps one of the biggest matchups of the Conference Quarterfinals, Chicago FC United and the returning 2019 League Two Champions the Flint City Bucks will come face to face in this Friday night matchup. The Bucks are on a mission to take home the title of back to back League Two Champions in this year’s playoffs but standing in their way is Chicago FC United, a team that has taken the Heartland Division by storm only losing a single game in the regular season to the Des Moines Menace. Now, Chicago FC United sets its sights on knocking out the returning champs early on in the playoffs with hopes of creating a clearer path to the finals. However, the Bucks only have one thing on their mind and that is a trip back to the finals and it seems as though nothing will stand in their way to get there.

The Des Moines Menace has stunned the Path2Pro fans with their dominating performance in the 2021 League Two regular season. The team’s ability to clinch a win is unmatched and has earned them the title of Heartland Division Champions and top team of the League Two regular season in 2021 with a record of 11-1-0. Texas United will have to lay everything on the line in order to best the Menace in the first round of playoffs. However, what could be an item of note is the Menace’s inability to perform at the same dominating level in playoffs in years past as the team has notoriously dropped the ball on multiple occasions in the playoffs. On the other hand, this could be the exact driving factor the Menace need to complete a full run toward the League Two Finals.

New Path2Pro team Kalamazoo FC has been one of the biggest stories of the year as the team took home the Great Lakes Division title in its inaugural year in League Two. The Michigan-based team now heads into the first round of playoffs sitting in the No. 2 seed as they prepare to face off against No. 6 seed Corpus Christi FC. Corpus Christi started out its regular season strong but the team struggled to maintain that momentum in the second half of its season losing three matches and only recording one win in the last five matches of its season. The team now looks to turn around its luck on Friday evening as they take on one of the top competitors in the league.

Long time Path2Pro team Mississippi Brilla FC meets new League Two team Kings Hammer FC for the first round of the 2021 playoffs. Brilla is coming off a successful regular season, which saw the Mississippi-based team take home the Deep South Division title. However, before pursuing a spot in the League Two Finals, Brilla will have to beat Kings Hammer FC who have fought their way through one of the most competitive divisions in League Two. As it stands, Brilla looks to have a bit of an advantage over Kings Hammer seeing that they will be playing in familiar territory on their home field. Even so, Kings Hammer will not let maturity in the league stand in its way of pursuing a long postseason run to the League Two Finals.