What matches are you tuning into in Week 11? 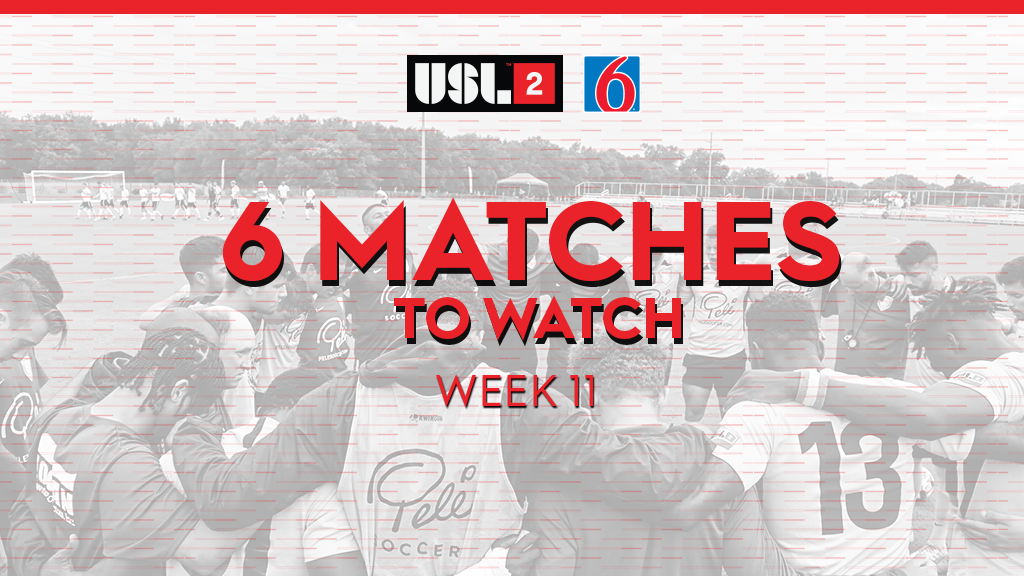 Tuesday, July 13: Houston FC vs. Round Rock SC
Houston FC and Round Rock SC are wrapping up their seasons with a final match at Houston Baptist University. Both teams are looking to clinch one final win to round out the 2021 regular season on a high note. As it stands, Houston FC holds a record of 4-8-1 and sits at the bottom of the Mid South Division table whereas Round Rock SC sits on a 4-6-3 record and is currently in the sixth position in the table. With Houston FC recording losses in its last five matches, the team is looking to turn around its luck and add one final win to their record before the end of the regular season.

The New York Red Bulls U23 and New Jersey Copa FC will take the field for the final time this season on Tuesday night. For the New York Red Bulls U23, this  match may be their most important match of the season as they compete to secure the final playoff spot in the Metropolitan Division. As it stands, both the Red Bulls U23 and Manhattan SC are tied for the third place position in the table. Both teams only have a single game left to clinch a win and secure the last three points available in hopes of earning the final playoff spot for the division. If both teams happen to win their final matches, then the final playoff spot will be decided by the League Two tie breaking procedures found at the bottom of the Standings page.

The Portland Timbers U23 recently secured the only playoff spot in the Northwest Division for the 2021 League Two Playoffs. The Friday night match will be the final match of the regular season for both teams as the Timbers prepare for the Conference Final on July 23-25. The Timbers have managed to win all three of its previous matches against Lane United FC. However, with Friday being the last time this season that Lane United will take the field the squad may have enough motivation to pull off an upset for final bragging rights.

PDX FC is rounding out its inaugural Path2Pro season with a match against OVF Alliance on Friday night. The new League Two team has had a steady run in the 2021 season putting up a record of 7-3-1 whereas OVF Alliance has struggled to make ends meet with a record of 2-7-1. Although PDX will not be seeing a playoff run in the 2021 season, they came dangerously close to beating out the Portland Timbers U23. A final win for either team will be the perfect cap to a hard fought season for both sides.