What matches are you tuning into in Week 10? 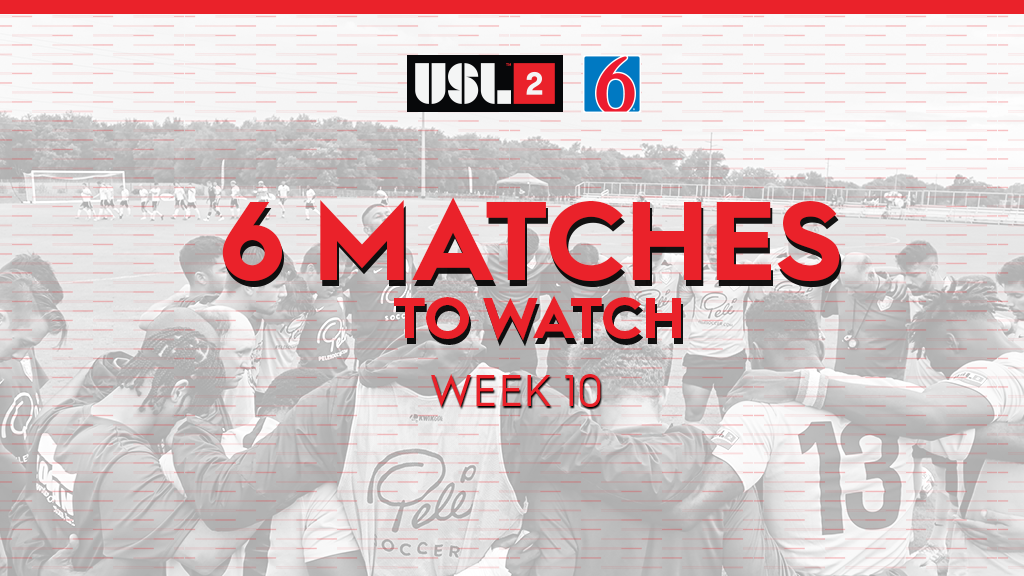 The SC United Bantams are coming off of a successful week in Week 9 having clinched a spot in the 2021 League Two Playoffs. The team is looking to finish out its last two games of the regular season strong while they prepare themselves for a competitive playoff run. However, before embarking on their playoff journey, the Bantams will need to rise to the occasion of defeating Charlotte Independence 2, who they faced earlier this season in a match that ended in a draw. If Independence 2 wants to see a shot at a playoff berth in 2021, they must win the two remaining matches of their season and hope that the Charlotte Eagles and East Atlanta FC fall short in their last few matches.

Grand Rapids FC is on the cusp of earning a spot in the 2021 League Two Playoffs. With Kalamazoo FC locking in its playoff spot in Week 9, only two spots remain in the Great Lakes Division for the 2021 playoffs. Grand Rapids has seriously picked up the pace in its past few weeks of Path2Pro play having won its past four matches, while Oakland County FC has struggled to make ends meet in the later half of its season, putting up one win, two losses and one draw in its past four matches. As it stands, Grand Rapids FC sits in fourth place in the Great Lakes Division behind third place team Kings Hammer and second place team the Flint City Bucks. If Grand Rapids wants to see a shot at a playoff berth in 2021 they will need to take home all three points in every remaining match of its season and hope that both Kings Hammer and Flint City drop a few points in their last few matches.

Manhattan SC and FC Motown are in an all out battle for a spot in the 2021 League Two Playoffs. As it stands, Manhattan SC currently sits at second place in the Metropolitan Division table while FC Motown claims a fourth place position. However, it looks as though Manhattan SC’s schedule may be a little more forgiving as the New York-based team has four matches left to play whereas FC Motown only has two matches left in its regular season. Regardless, both teams still have a shot at earning a playoff spot in 2021 but it most likely is going to come down to the wire for the Metropolitan Division.

With only one spot available for a playoff berth in the Mountain Division, both Colorado Rush and Ogden City SC must use their remaining games to separate themselves from the pack. As it stands, Colorado Rush sits in a second place position in the table while Ogden City claims the third place position. However, Colorado Rush only has two matches left in its schedule allowing them to earn six points at most whereas Ogden City SC has three matches left with nine points on the line. A few wins or losses in Week 10 should sort out which team will take home the only playoff spot in the Mountain Division.