What matches are you tuning into in Week 7? 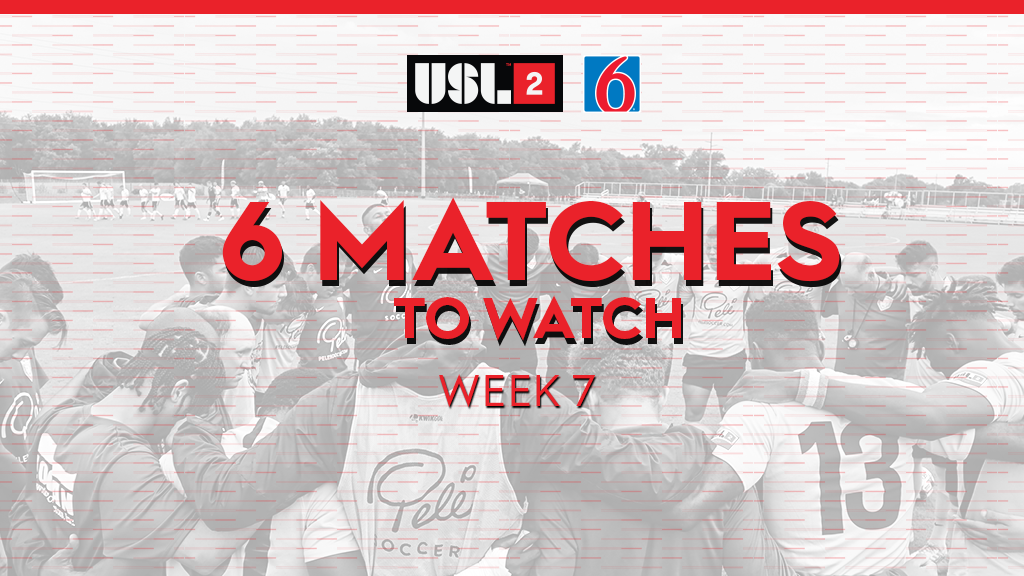 Wake FC and Tri-Cities Otters have yet to come face to face in the 2021 season. Both teams are sitting near the middle of the table for the South Atlantic Division, which makes this game even more important for the sides as they push to compete for a top spot in the division. With a record of 2-4-2, Wake FC has struggled to keep its opponents at bay in the defensive half, as evidenced by its recent 0-5 loss to North Carolina Fusion U23. However, the team has been competitive in the offensive half adding 13 goals this season. On the other hand, the Otters have managed to keep its defense in check conceding the second fewest goals in the division. This Tuesday night matchup should be a good display of competition for both sides.

Top of the table competitors Kalamazoo FC meets the 2019 League Two champs the Flint City Bucks for the first and only time this season on Wednesday night. This match has major implications for the Great Lakes Division standings as both teams look to have a good shot at making the playoffs this season. Kalamazoo currently boasts a 4-1-2 record, whereas the Bucks have recorded a 3-1-2 record. However, seeing that the Bucks have conceded the fewest goals in the division only allowing four goals in six games, the Kalamazoo squad may have their work cut out for them. If the Bucks manage to clinch the win, they could have a bright future ahead of them in the 2021 League Two playoffs.

The undefeated Chicago FC United is gearing up to take on Kaw Valley FC at Rock Chalk Park on Friday night. Chicago FC United has looked solid in the start of its season conceding the fewest goals in the Heartland Division with only two goals allowed in five games and are currently tied for the most goals scored with 13 goals under its belt. If Kaw Valley wants to take home all three points they will need to turn on the burners and pressure Chicago in the offensive half in hopes of taking home a victory on its home field.

Portland Timbers U23 and PDX FC are looking to settle a score in this Friday night matchup. The last time these two teams met on June 6, the clubs ended the night in a 3-3 draw leaving both squads desperate to end this Stumptown derby in a definitive result. At the moment, the teams look to be pretty evenly matched with the only advantage being that the Timbers have more matches under their belt. The true decider of this match will be the squads’ defensive presence as both clubs have proven to be scoring machines in the few games they have played this season.

Lionsbridge FC and Virginia Beach United are both seeking revenge from their first matchup of the season, which left both teams desperate for more action after they finished in a 0-0 draw. Since then, Lionsbridge FC has separated itself from the pack due to its players’ impressive offensive skills, which has earned the club a third place spot in the South Atlantic Division standings and a competitive 20 goals scored on the season. If Virginia Beach United wants to take home three points in this Saturday night match, they will need to strategize around how to keep players like Charles Touche and Adam Davie out of the box.