What matches are you tuning into in Week 5? 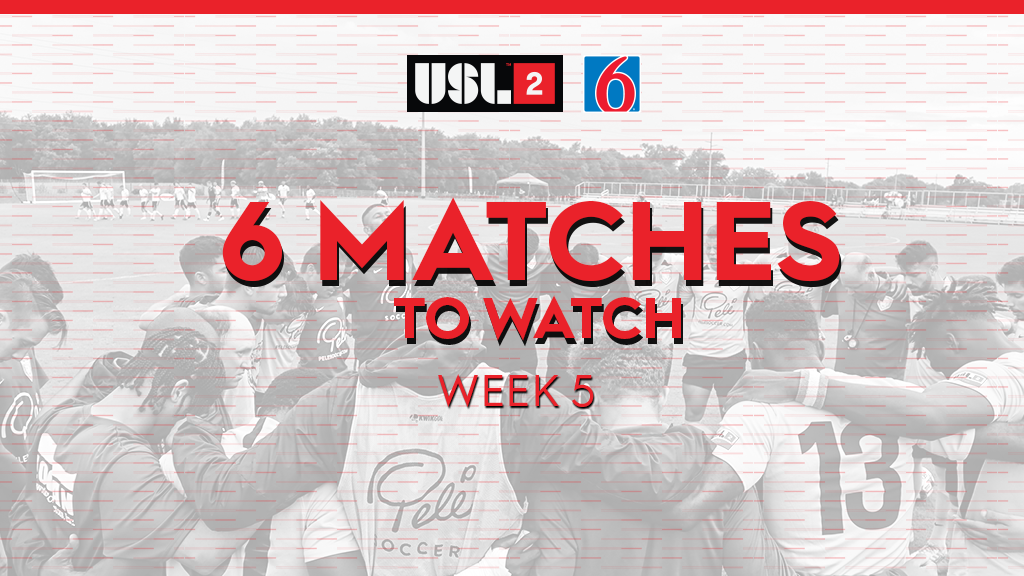 The Boston Bolts have come into the 2021 season with a game-winning mentality as the team remains undefeated in the five games they have played so far this season. The Massachusetts-based club has been an offensive powerhouse scoring nine goals to date, five of which can be attributed to striker Tyler Bagley. It is likely that the Bolts will continue their winning streak against FC Malaga City, however the New York-based club is itching for a win and could really kick start their season if they manage to defeat the Bolts.

The fresh faces of League Two are making a splash this season and the Great Lakes Division’s Kalamazoo FC is proof. In one of the league’s most competitive divisions, the new Path2Pro club is standing at the top of its table on a 3-0-1 record. However, Oakland Country FC is no one to sleep on as the club has shown a lot of promise in the offensive half as evidenced by the gaolapalooza match with Toldedo Villa. If Oakland can tighten up its defense and control the attack the club will have a promising outlook going into the second half of the season.

The Green Bay Voyageurs are seeking revenge after their loss to Chicago FC United in Week 3 of Path2Pro play. The club has struggled to cement the pieces and have yet to collect a win this season. On the other hand, Chicago FC United is very young into its season with a single game under its belt. The Chicago club still has room to show off its potential and its starts with a rematch against the Voyageurs.

AC Connecticut is hosting Seacoast United Phantoms at the iconic Dillon Stadium this Friday. The home team has had a bit of a rough start to the season with its 0-3-0 record and will have a tough opponent in Seacoast United Phantoms who are undefeated this season with a 2-0-2 record. However, during the teams first matchup earlier this season AC Connecticut showed off some offensive firepower but ultimately fell short by one goal. If AC Connecticut can turn on the burners for this match the team may be able to clinch its first win of the season.

The Mid South Division has waited an entire month to see this rivalry hit the pitch. With both teams sitting on an undefeated season so far, this matchup should be a good indicator of which team might have the best shot at lifting a Mid South Division title. The historic Mississippi Brilla currently maintains a 3-0-0 record while Corpus Christi hosts a 2-0-0 record, however it seems that Mississippi Brilla might have the upper hand as they have shown a strong presence in the offensive half scoring 10 goals on the season to date. On the other hand, Corpus Christi has the home team advantage, which could even the playing field and earn the club another 3 points in the 2021 season.

OVF Alliance will be hosting its first-ever League Two home match against Lane United FC. The 2020 expansion team has yet to see Path2Pro action after the cancellation of the 2020 season and is more eager than ever to showcase its skills on the pitch. Both teams have yet to play a match in the 2021 season, but they will have one opportunity each to host a Northwest Division opponent before meeting one another at South Albany High School. The Northwest Division title is up for grabs and it's anyone’s game to win this season.