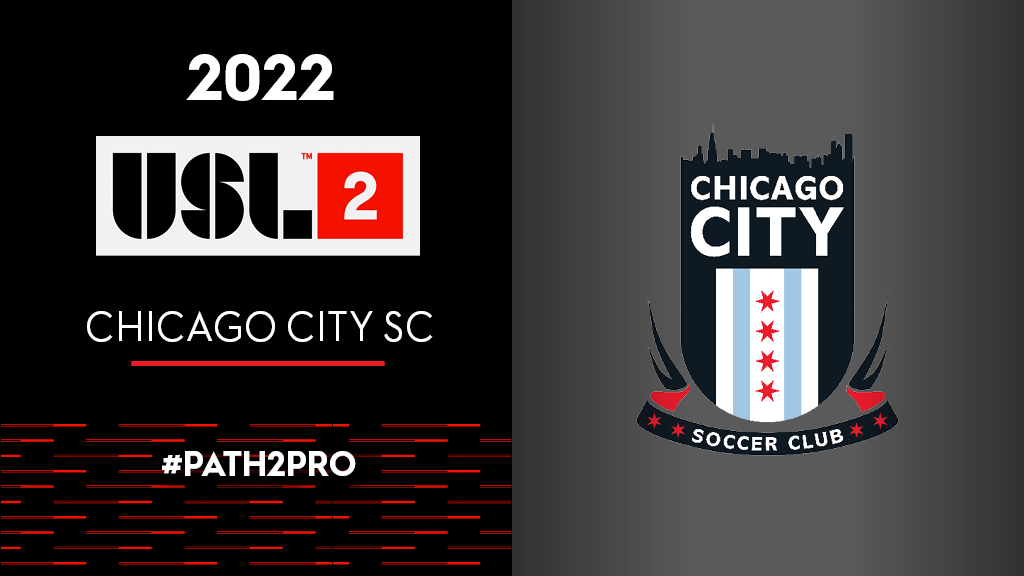 TAMPA, Fla. - The United Soccer League (USL) today announced Chicago City SC as the latest club to join USL League Two. The club will compete in the Heartland Division beginning in the 2022 season.

“We are thrilled to welcome yet another Chicago-based club to the Heartland Division,” said USL League Two Vice President Joel Nash. “Chicago City SC is an excellent club whose leadership is focused on growing the game in the inner city. Chicago City currently offers a fantastic program for its youth players and is interested in creating an equally exceptional offering for pre professional players looking to develop their skill. We look forward to seeing the impact that this club will have in its region and on the growth of pre professional soccer within the United States.”

Founded in 2013, Chicago City SC prides itself on professionalism, passion and dedication to providing a unique soccer experience within the Chicago community. The club fosters a culture that nurtures intellectual, cultural, social and physical development through soccer while creating an enjoyable, yet challenging environment where players learn to have the confidence to be creative and express themselves freely on and off the field. Chicago City will continue its mission of providing enhanced pathways for growth in the game by joining the ranks of USL League Two.

In joining the Path2Pro movement, Chicago City SC will offer its members the necessary tools to enhance the soccer culture of Chicago even further by equipping players and coaches with more opportunities to reach their highest potential in the game.

“Our organization is beyond excited to announce a pre professional USL League Two men's team for the 2022 season along with a USL Academy offering in downtown Chicago launching this fall 2021,” said Nick Mulvaney, Executive Director of Chicago City SC. “We have developed and sustained a strong youth program that provides opportunities for all levels of players throughout the area and we are now ready to take that next step in our elite program. Through our new developments of forming Chicago City South and Chicago City West, we are very lucky to be able to bring the best talent together as we now provide the complete elite player pathway for our communities.”