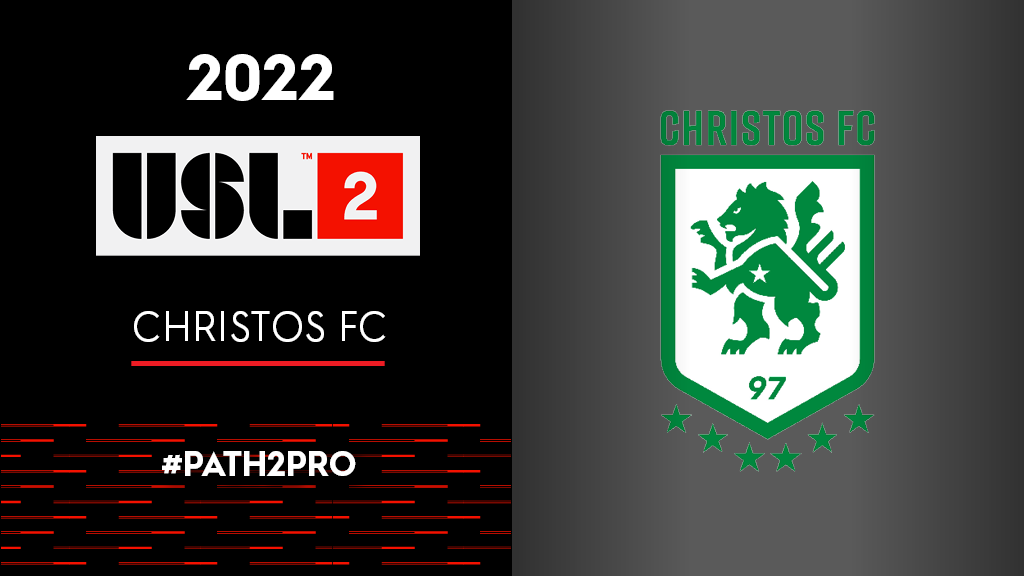 BALTIMORE, Md. - The United Soccer League (USL) today announced Christos FC as the latest club to join USL League Two. The Baltimore-based club will compete in the Mid Atlantic Division in 2022 and is the first club to join League Two out of Maryland.

“The addition of our first club out of Maryland speaks volumes about the growth of pre-professional soccer in the Northeast region,” said Joel Nash, Vice President of USL League Two. “Christos FC has a long history of success both on the field and within the greater Baltimore community. We are excited to be adding a club of this caliber to the ranks of League Two and look forward to all of the great work they will do in bringing awareness to the pre-professional space.”

Christos FC was formed by the Haislip brothers in 1997 to compete in the Maryland Major Soccer League. With rapid success, the team was soon launched and quickly grew into a core group of NCAA Division I college players and former professional players. Success is no stranger to Christos FC, who won the USASA Werner Fricker National Open Cup in both 2016 and 2018. The club reached the fourth round of the 2018 Lamar Hunt U.S. Open Cup, where it played (and briefly took the lead) against Major League Soccer’s D.C. United.

Christos FC is founded on the values of family, community and tradition and uses these values to drive its mission of giving back to the community by forming local partnerships and by identifying and developing local players who desire to play at the highest levels. Through membership in League Two, Christos FC will be able to continue this mission by giving players a tried and tested pathway to the pro level and bringing more awareness to the pre-professional ranks in the Baltimore area.

“The Christos family couldn’t be more excited about joining USL League Two,” said Larry Sancomb, Christos FC Director of Strategic Partnerships. “This has been a missing piece in Baltimore soccer for a long time. The opportunities this league offers are endless and it will truly benefit the great players in our area.”

In joining League Two, Christos FC will offer a proven pathway to professional soccer for its players, both those at the elite collegiate level and the top academy-age players in the greater Baltimore area. On top of the valuable experience of playing in the nation’s most competitive pre-professional environment, League Two also provides growth opportunities for its coaches, executives and communities.