PDX FC to Join USL League Two for the 2021 Season 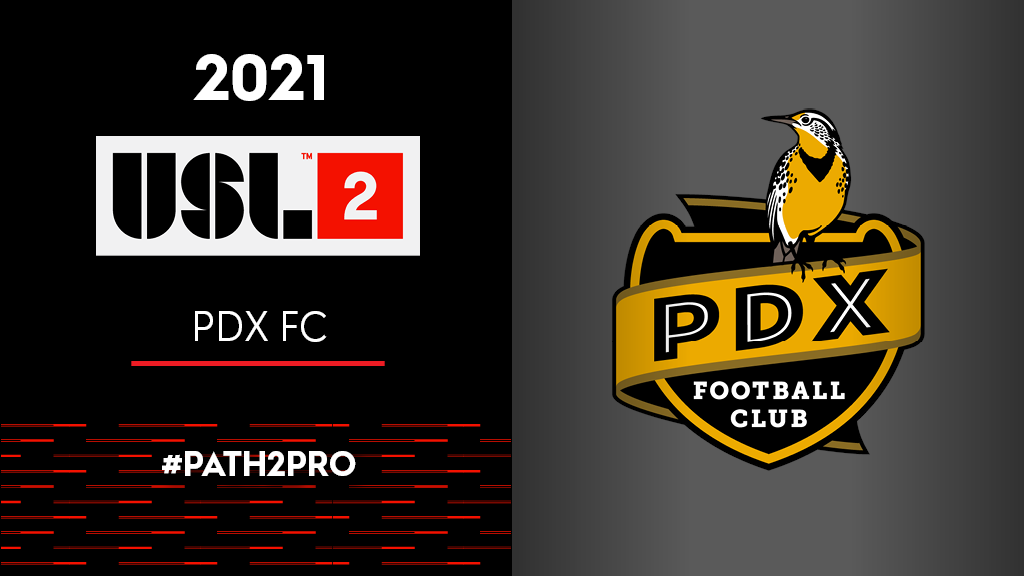 TAMPA, Fla. - The United Soccer League (USL) today announced PDX FC as the latest club to join USL League Two. The club will compete in the Northwest Division beginning in the 2021 season.

“We are thrilled to welcome yet another Oregon-based club to the Northwest Division,” said USL League Two Vice President Joel Nash. “PDX FC is an excellent club built on solid values and will be a competitive addition to the league’s growing footprint throughout Oregon. We look forward to all that this club will accomplish in its inaugural year in USL League Two both on the pitch and within its community.”

Founded in 2017, PDX FC serves the Portland community through building strong connections with local businesses, youth clubs and supporters while providing a professional environment, an experienced coaching staff and high level of competition for its local players. PDX FC prides itself on its mission to support its club, its community and the culture of Portland through providing enhanced pathways to elite level play and bringing awareness to the soccer culture within the region.

In joining USL League Two, PDX FC will offer its members the necessary tools to enhance the soccer culture of Portland even further by equipping players and coaches with more opportunities to reach their highest potential in the game.

"PDX FC is thrilled to be joining USL League Two,” said Luke Babson, Technical Director of PDX FC. “We are always seeking to provide opportunities for our players to develop and USL League Two provides a proven pathway to do so. The club is looking forward to competing within the Northwest Division, which is packed with local ambitious clubs that will create instant rivalries."

Through membership in League Two, PDX FC will provide its players with a tried and tested pathway toward a career in professional soccer. In addition to the value of competing with the nation’s most competitive pre-professional teams, PDX FC will also see the benefits of the league’s ability to create growth opportunities for its coaches, executives and communities.