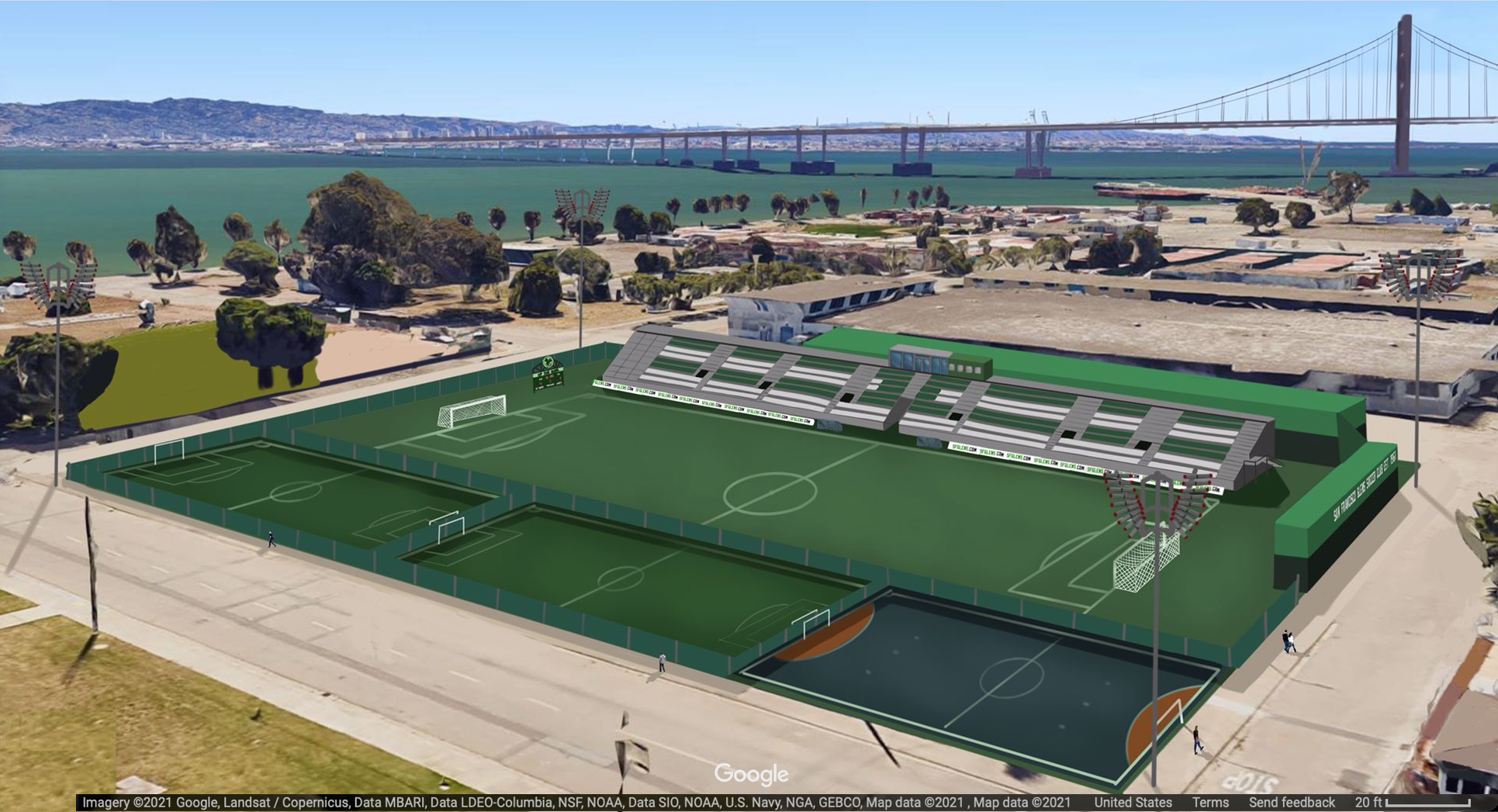 SAN FRANCISCO — The San Francisco Glens Soccer Club announced today plans to develop its own soccer-specific facility at Treasure Island. After receiving unanimous approval from the City of San Francisco last month, construction is set to begin this summer with a goal to kick off on the waterfront by spring of 2022.

“We are absolutely thrilled to announce this new era for soccer in San Francisco,” said SF Glens SC Executive Director Mike McNeill. “The ability to secure this facility is a statement about our ambitions for the future. We want to thank the Treasure Island Development Authority for their support and our tireless Board of Directors for the foresight and vision to make this dream a reality as we celebrate our 60th anniversary as a club.”

With a spectacular view of the Bay Bridge on one side and the iconic San Francisco skyline on the other, the facility will mark the first time in the city’s 120-year soccer history that a local club will build one on its own. The initial renderings include a regulation-size pitch compliant with FIFA-certified standards for official games, higher-profile friendlies, and other events. It also includes two smaller fields for training and a regulation-size futsal court that will be open to the local community.

In addition to the fields, there is room to build an initial modular grandstand along the touchline with seating capacity for up to 1,500 fans to include among other amenities, a press box, lights, locker rooms, media room, office space, concessions, and restrooms. The club has outlined a fundraising strategy for the overall project that will not include members’ fees, but instead, a combination of sponsorships, grants, and donations.

The announcement of the new facility could not come at a more opportune time for the Glens. In the last three years alone, the club’s burgeoning pathway pyramid has added a senior first team in USL League Two and youth academy teams that will serve as founding members of the USL Academy.

“We’re excited about this facility’s immense potential as we take the next step in our continuing mission of advancing the Glens' presence in American pro soccer,” said McNeill. “Alongside our growing number of partners both on and off the field, as well as our fans, alumni, and families, we look forward to making this place a source of pride that brings the San Francisco soccer community together.”

For more information on the project, including renderings and a video announcement, visit https://www.sfglens.com/nextchapter.