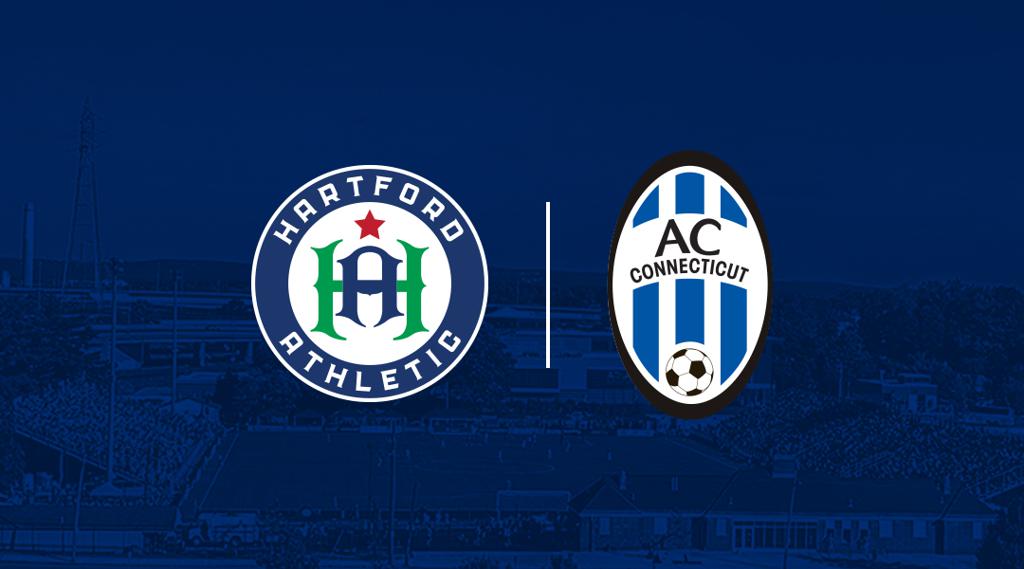 “The power of this affiliation is on building a direct pathway to professional soccer in Connecticut through the USL platform, contributing to the development of young players and maximizing their chances to effectively transition to the professional level,” said Luiz Silva, Hartford Athletic Assistant Coach and Director of Scouting and Performance Analysis. “This is a very exciting and important step for our club.”

Hartford Athletic and AC Connecticut will work together to create a pathway to the pros. AC Connecticut players will have the opportunity to participate in training sessions with Hartford’s USL Championship squad while the Athletic will also support AC Connecticut's recruitment processes. “The support of their recruitment process is a win-win situation where our networking and scouting processes can support their roster planning and we monitor closer potential targets for Hartford Athletic,” Silva added.

AC Connecticut has been a member of USL League Two since the 2012 season. Based in Danbury, Connecticut, the side has previously seen players selected in the MLS SuperDraft, including 2018 pick Eddie Opoku, who in addition to competing for Columbus Crew SC also spent time on loan in the USL Championship with Saint Louis FC and Birmingham Legion FC.

Both Hartford Athletic and AC Connecticut will have teams competing in the launch of the USL Academy League this spring, bringing high-level competition for the academy players at both clubs as they aim to reach the professional ranks.

“We’re incredibly excited to see Hartford Athletic and AC Connecticut form a strategic partnership to help grow the game in Connecticut, while providing a true pathway to pro soccer with stepping stones at all levels,” said Liam O'Connell, Technical Director for the United Soccer League. “This collaboration will allow the clubs to collectively evaluate and move players through their development while competing in top youth leagues, USL Academy, USL League Two, and even the USL Championship. We hope this type of partnership is only the first of many and gets replicated across other communities, as it truly shows how USL clubs can work together for the greater good of the game in the US.”