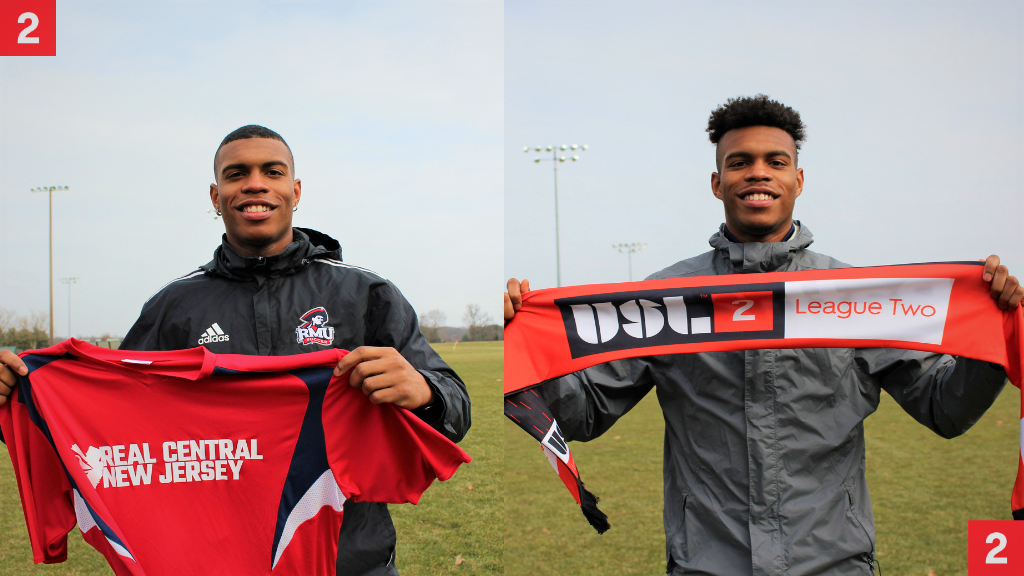 The game of soccer has often been defined as one of brotherly love for the Coridon brothers. Growing up in Haiti, Christopher and Christian found solace in the beloved game and often shared this love with their parents.

“Soccer has always been important in our life because of our family,” said Christian. “Growing up we always watched soccer with our father and our mother in both Haiti and in America. My dad would say even from a young age we were saying, ‘Daddy, golazo!’ while watching games. We knew from four or five years old that it was always going to be soccer.”

After immigrating to the United States, the brothers immediately took to the pitch to show off their skills by playing in various youth leagues throughout New Jersey. The duo earned their shot at a collegiate career in soccer when they were both signed by Robert Morris University, a NCAA Division I soccer program.

The path to success has been a similar one for both brothers as they have played alongside one another every step of the way.

“Our career has worked in a crazy way,” said Christian. “It helps us when we are playing together because we motivate one another. We always want the best for each other and we are constantly pushing each other to get to the next level. For us, good isn’t really good enough. We want to be great, so every single day we push to be the best coaches we can be to one another.”

Before being brought on to play with Real Central New Jersey, the 22-year-old Haitian brothers were called up to the 50 man provisional Olympic qualifying roster of the Haitian U23 Men’s National Team, which ended up being postponed due to the pandemic. After putting their name on the radar in training camp, both brothers will now have a chance to compete for a spot on the Haitian Futsal national team, which will begin Concacaf World Cup qualifiers this spring in Guatemala.

“When we first landed in Haiti for training camp, it was a surreal moment to see all the players in their Haitian national kits,” said Christopher. “Overall, it was a nerve wracking moment but we feel that we did a great job at camp and we hope to return in the future.”

As the duo prepares to take the field in May, they are excited to make the return to their home state of New Jersey and continue on the path of building a Coridon family legacy.

“I'm looking forward to being with a club for its first year,” said Christopher. "We'll be ready to fight and show people what we are about!"

“Being from New Jersey, it is an accomplishment to represent central New Jersey,” said Christian. “Some people say central Jersey doesn’t exist, but after this year they are going to know it exists.”

Christopher and Christian will take the field with Real Central New Jersey on May 12 for their first League Two game against the Ocean City Nor’easters.