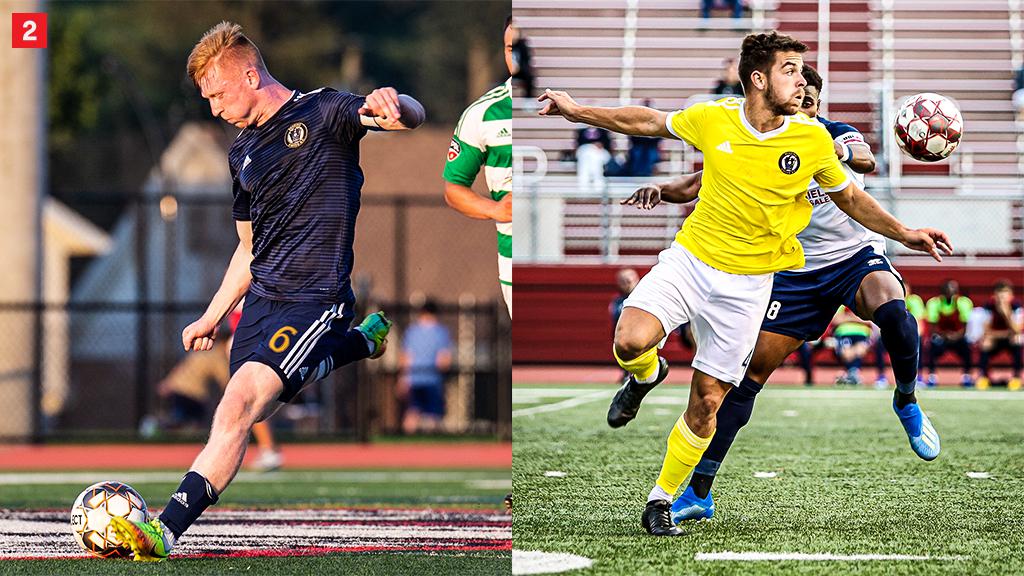 A pair of former Reading United AC standouts were announced on Wednesday as the newest additions to two USL League One sides, with Aaron Molloy taking the field in 2021 for Forward Madison FC while João Delgado will make his professional debut with FC Tucson.

Molloy, who was picked 16th in the 2020 MLS SuperDraft by Portland, has been a strong player in the USL system and earned honors as the 2017 Young Player of the Year for League Two in his time with Reading United AC. Most recently, Molloy spent time playing for the USL Championship’s Portland Timbers II where he played in 15 of 16 games and led the team in both total tackles and passes. Molloy’s ability to dictate tempo from the midfield will give the Flamingos the opportunity of using his skills as a two-way player to their advantage.

International standout midfielder João Delgado has had a similar path to success in climbing the ranks. In his time with Reading United AC in 2019, Delgado played in a total of eight matches while leading the club to a USL League Two Mid Atlantic Division best record of 10-1-3. During his collegiate playing years, he was named a United Soccer Coaches First Team All-American, finishing third in the Appalachian Athletic Conference in goals and ranking second in the nation in game-winning goals during his junior year.

Both the Dublin playmaker and the Portugese sensation have roots within the USL League Two system, which signifies the success of player development within the league.

"The USL League Two helped me a lot to prepare for my college experience and also to expose myself to different opportunities around the pro-environment in the U.S.,” said Delgado. “Working with all the coaches, all my teammates and all the people involved in those teams helped me to grow and especially to enjoy my experience as an international player in the United States. If you have an opportunity to play USL League Two, just do it!"

Reading United AC has proved to be a leader in League Two in developing opportunities for players to reach the professional level with over 132 players being drafted, going on to play professionally or receiving an international cap since 2010.

“To be able to continue to have guys kick on to the pro ranks speaks volume toward our coaching staff and what they have done over the years at Reading,” said Arthur Auchenbach, Vice President of Reading United AC. “The coaches continue to make Reading a place where players want to be at for summer play. I would also give kudos to the league for developing a system where players have clear pathways to pro straight out of League Two.”