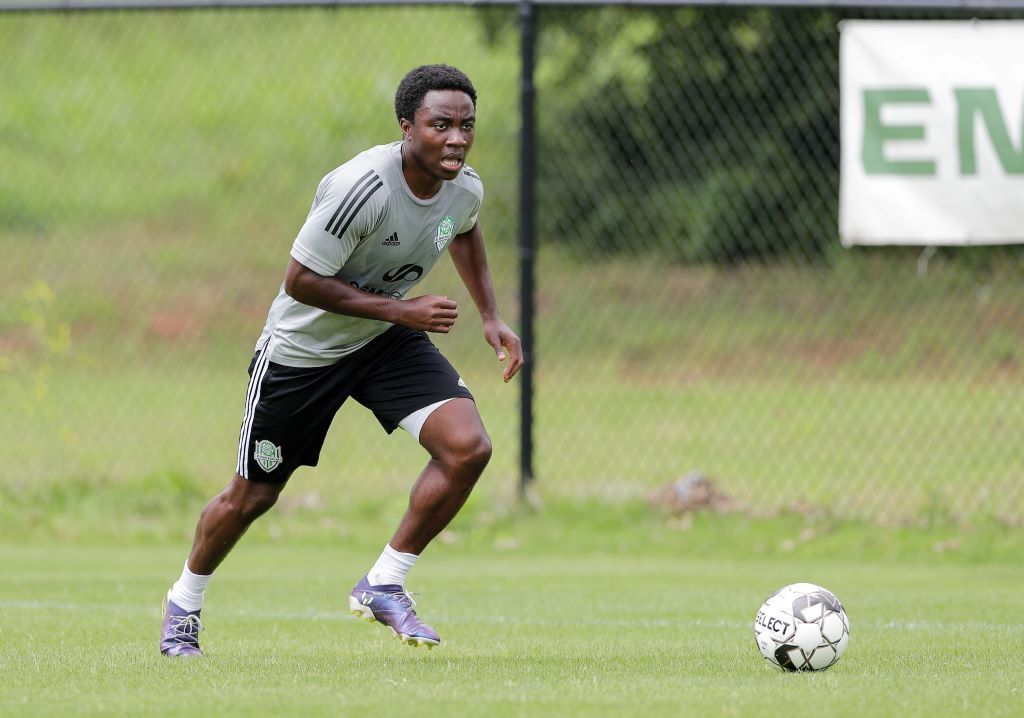 The USL Championship’s OKC Energy FC announced Wednesday the addition of former USL League Two standout defender Mueng Sunday. After spending six seasons with League Two’s Des Moines Menace, Sunday was able to garner three regular season championships and five Heartland Division titles before earning his shot at the Championship in the 2020 Open Combine. Due to COVID-19 restrictions, Sunday was unable to officially sign with Energy FC during the 2020 season, however he trained with the team and was given a contract in the offseason. In addition, Sunday was reunited with Energy FC’s Head Coach John Pascarella after spending some time under his leadership at Des Moines Menace.

“Mueng played for me in Des Moines, so we know each other well,” said Pascarella. “I know his game, his strong suits and how he takes care of himself professionally off the field. He fits into our culture, he fits well into our locker room, and he fits a skillset and a need by being able to play in central midfield or as a full back.”

After moving to the United States from Mangu, Nigeria, Sunday spent his early soccer career developing his talent out of Iowa City earning multiple state championships and Gatorade Player of the Year honors. He spent his collegiate career at Drake University in Des Moines, Iowa where he made 72 total appearances and was named to the All-Missouri Valley Conference team four times, named to the NSCAA All-West Region Team twice and led the team to the MVC championship in 2015.

Sunday will join the ranks of Energy FC as they prepare for their eighth season in the Championship. The defender will be a clutch addition to the already strong 2021 roster coming out of Oklahoma City.

“His drive and determination to come out every single day last season without any guarantees of signing a contract exemplifies the type of person he is. He’s a resilient kid and a hard worker with a strong mentality, and that’s why he’s here,” said Pascarella.